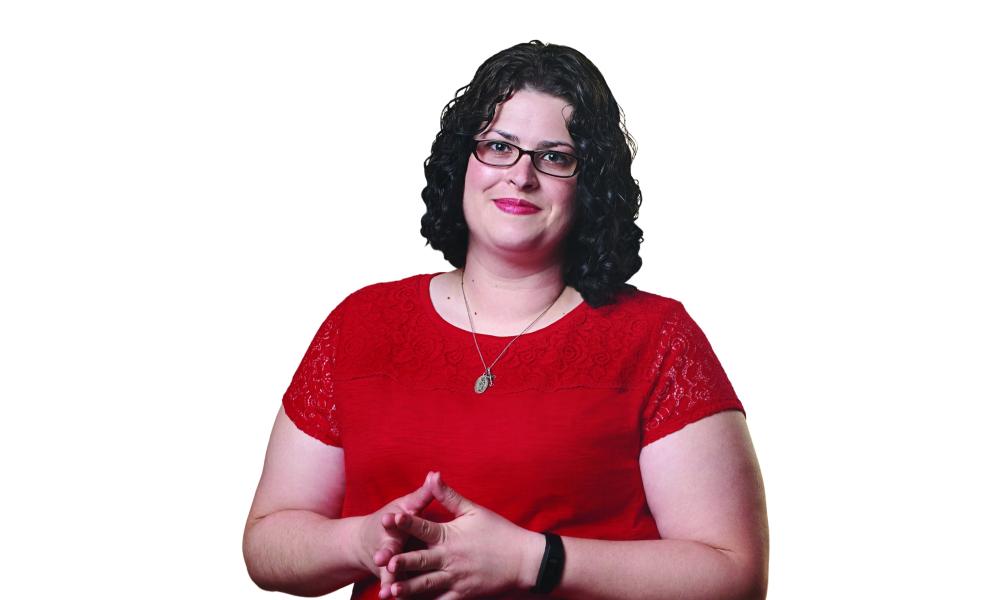 GO Evangelize: God wants to get our attention

Heather Marsh is the coordinator of youth ministry at St. Elizabeth Parish in Tecumseh and Clinton. God calls Heather to boldly share her faith in and outside of her ministry work.

Witness - My best friend was originally an employee of mine at another job. God worked through our friendship, and she joined youth group and then post-confirmation class. She’s now a chaperone and a leader for our Core Team, the teen leadership group for the parish. One way she’s returned that witness is that she sees the beauty of our faith through brand-new eyes, which is so great for me to experience. We go to Mass together, and support each other in our journeys. This year, her younger sister chose her as her confirmation sponsor, which means a lot. When my friend went through confirmation prep herself, she didn’t realize the beauty of the faith and all it offered. Thanks to the way God worked through our friendship, it has become really important to my friend that her life is a witness, and the gift she received is passed on.

Invitation - I remember a specific prompt from the Holy Spirit to invite a young man to get involved in the Church. I started by asking him to go on the mission trip. It took three months for me and the teens to talk him into going. Invitation requires persistence! After the mission trip, we kept asking him to youth group and conferences. But he wouldn’t always come. But there came a point where he was not only showing up, but he also became the person who was doing the inviting. He brought many people back into the Church by sharing his story. He’s a dynamic man who was, prior to this, in a very dark place dealing with depression. Those invitations meant I needed to meet him where he was at and not let go of hope – it wasn’t a one-and-done deal. He’s now a campus ministry scholar at Siena Heights University, and God is doing amazing things in his life.

Accompaniment - One of my former youth group members, Jake, is now in seminary. When he was in 10th grade, I gave a witness talk, and I cried as I spoke. Something inside of Jake said, “I couldn’t care less about being here, but she’s there crying – there must be something to this.” He decided to investigate what was going on. He started to pay attention in class, pray and dig deeper. By becoming involved in the Church, he met people who were also on fire for the Lord. He began to wonder if he was called to the priesthood. I’ve tried to support him from that first talk to this day. We walked, talked and prayed through some of his discernment together. Accompaniment is a necessary part of the journey because we can’t do this alone. This year, Jake graduated from college seminary, and will be at Sacred Heart Major Seminary in the fall.

Prayer - Many times I have been at eucharistic adoration and the Holy Spirit has urged me to pray over someone I don’t know. Often, I’ll be praying with someone, and God will bring something to my mind to share with them. The truth about prayer is that God wants to speak to us, and he wants to remind us that he’s real and here and listening. The high schoolers call this “getting smacked by Jesus.” He’s getting our attention! But sometimes in prayer we aren’t quiet enough to listen – we live in a loud and chaotic world. This reality that God wants to get your attention in a really good way is powerful, and hearing his voice in prayer ultimately brings people into closer relationship with him.