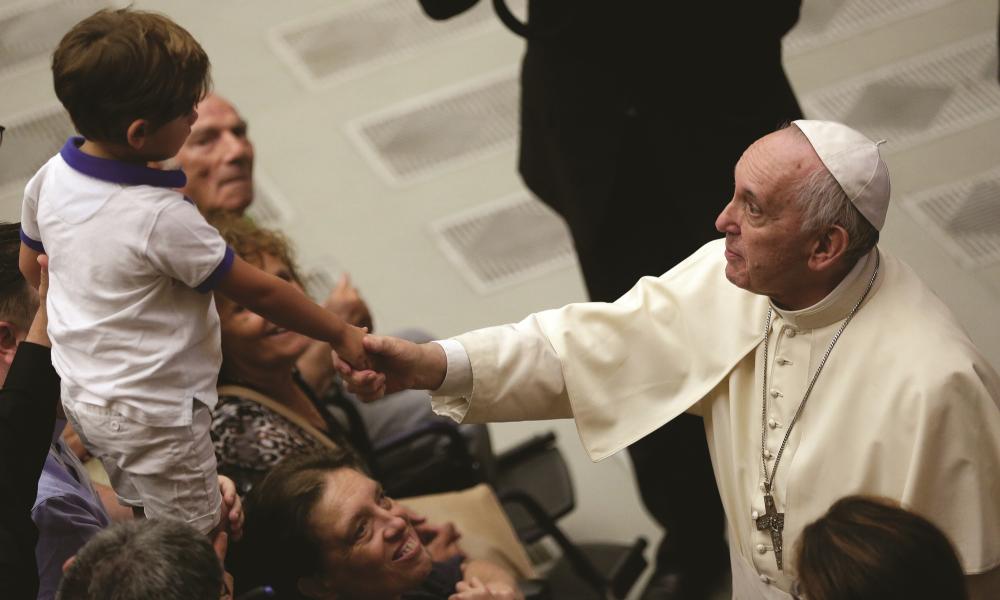 Pope Francis continued his catechesis on the topic of Christian hope at his Aug. 23 General Audience. In spite of recent terrorist attacks, natural disasters, divisions and a world seemingly filled with bad news, he reminds Christians, “We discover in the final pages of the Bible that the ultimate destination of our Christian pilgrimage will be the heavenly Jerusalem.” Although there is much suffering in the world, the Holy Father exhorted Christians to take comfort in a Heavenly Father who "weeps tears of infinite pity for his children" and "has prepared for us a different future." He cited the Book of Revelation, chapter 21, in which God says, “Behold, I make all things new.” (5)

Message for 104th World Day of Migrants and Refugees

“You shall treat the stranger who sojourns with you as the native among you, and you shall love him as yourself, for you were strangers in the land of Egypt: I am the Lord your God.” (Lv. 19:34) So began Pope Francis’ message celebrating the upcoming World Day of Migrants and Refugees to be celebrated in January 2018. So what should be our response to migrants and refugees? Pope Francis articulated four verbs that sum up his message: to welcome, to protect, to promote and to integrate. He went on to say that the Church is committed to working on actions that accompany his vision. He also referred to the beatitudes when he said, “Every stranger who knocks at our door is an opportunity for an encounter with Jesus Christ, who identifies with the welcomed and rejected strangers of every age.”

"Humanity needs hope in order to live and needs the Holy Spirit in order to hope" - August 24, 2017