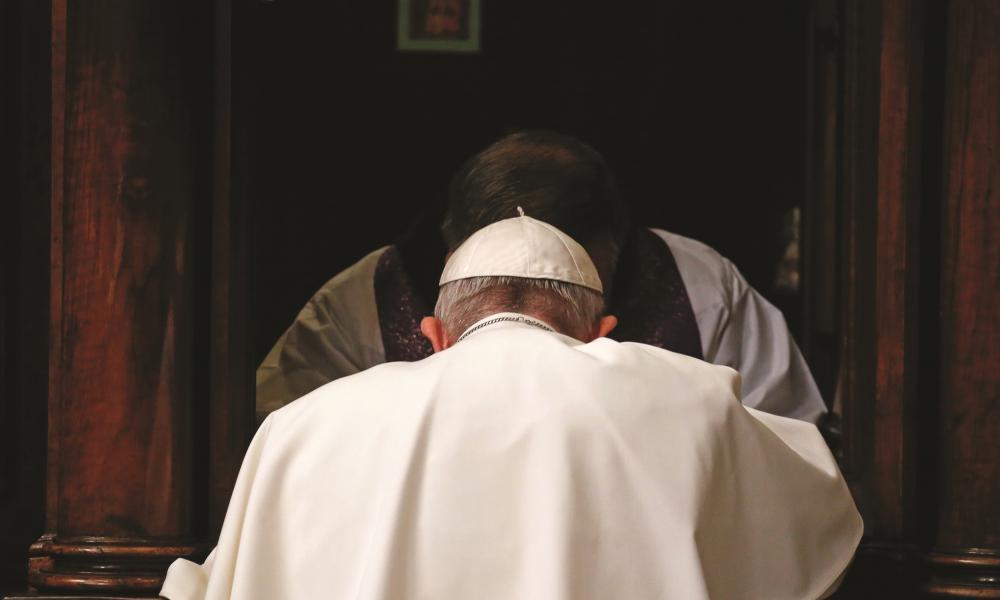 Be Patient and Courageous in Your Prayer

In a homily on March 15, Pope Francis spoke of the need for courage and patience in intercessory prayer. He said, "If I want the Lord to listen to what I am asking him, I have to go, and go and go – knock on the door and knock on God's heart." The Holy Father referred to the day’s reading from the Book of Exodus, in which Moses spoke to the Lord and pleaded with him not to destroy his people, and the Lord relented. Just as Moses spoke truthfully to God and implored him to spare his people, so, too, must we be committed to our prayer. He said: “This is intercessory prayer: a prayer that argues and has the courage to speak directly to the face of the Lord, who is patient. Patience is needed in intercessory prayer. We cannot promise someone we will pray for them, pray only an Our Father and a Hail Mary, and then leave it at that. No. If you agree to pray for someone else, you must take this [other] path. And patience is needed.”

Rosary given to jailed Pakistani Christian

The family of Asia Bibi, a Christian Pakistani woman jailed for nine years for blasphemy, visited the Vatican recently. The anti-blasphemy law is known to be used against religious minorities. During their visit, Pope Francis gave Asia’s daughter a rosary for herself, and one to give to her mother, and assured her of his prayers. For the first time since being jailed, Asia has been allowed to keep a rosary in her cell. Asia has said that it is a “miracle” she is allowed to keep the rosary, and that “this rosary will be of great consolation for me, just as it comforts me to know that the Holy Father prays for me and thinks of me in these difficult conditions.” The visit was arranged by a papal charity that supports persecuted Christians.