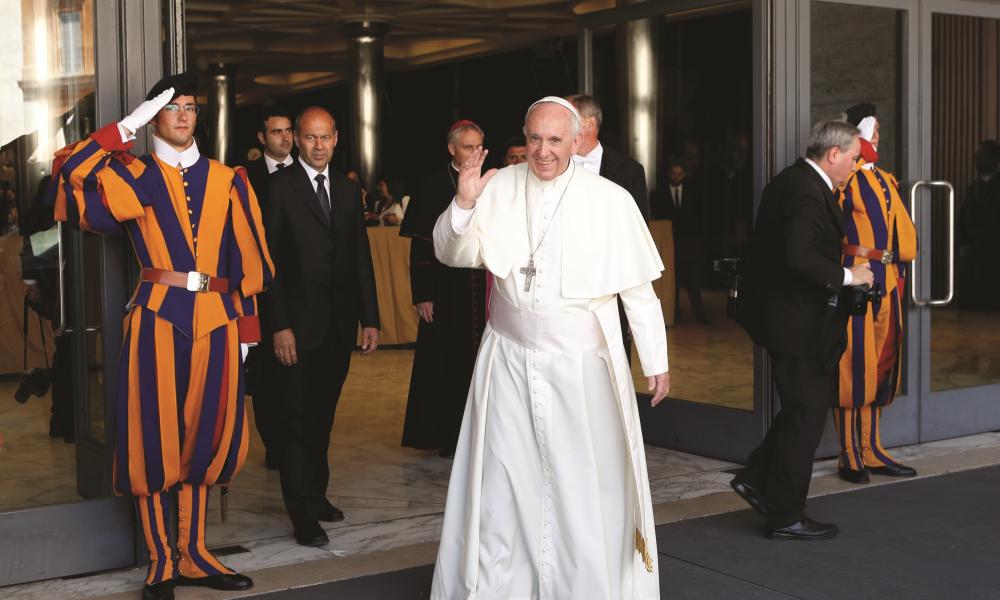 Family is a Treasure

In an audience with members of the European Federation of Catholic Family Associations, Pope Francis commended the federation for its 20 years of service toward making sure that family is considered Europe’s “most precious treasure.” The Holy Father went on to talk about the value of families and the role they play in society, saying that they make the world “more humane and more fraternal, where no one feels rejected or abandoned.”

In a homily in early June on a reading from the Acts of the Apostles, Pope Francis spoke of St. Paul’s passion for preaching, his strength when facing persecution and his devotion to a life of prayer. He wished that all Christians today might be given the grace to strive to imitate St. Paul’s strength, courage and perseverance.

"I thank God for parents who strive to live in love and keep moving forward, even if they fall many times along the way." - June 1, 2017