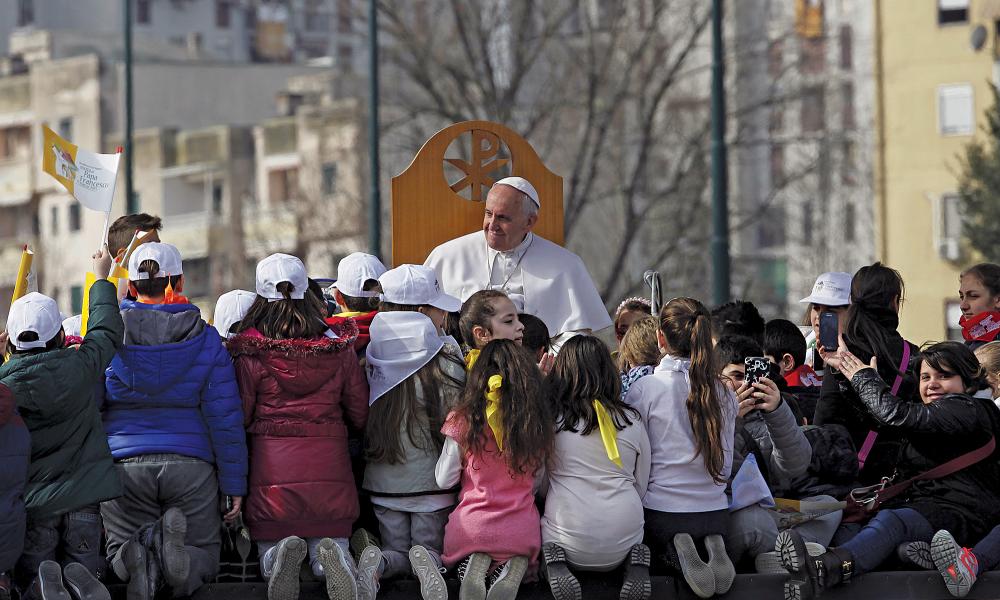 On a day trip to Naples on March 21, Pope Francis spoke out against the city’s mafia presence and history of corruption. He addressed young people in a poor neighborhood dominated by mobsters, encouraging them to resist the temptations of organized crime and seek honest work instead. In his homily in Naples’ main square, he exhorted the faithful to hold on to their hope. Pope Francis also ate lunch with more than 100 inmates at a Neapolitan prison.

"How much corruption there is in the world, a corrupt society stinks!" - Criticizing the mafia and corruption in Naples, Italy, on March 21.

"Even the bars of a prison cannot separate you from God's love." - Addressing inmates at the Poggioreale prison in Naples

At Mass on March 17, Pope Francis said the Church is the “house of Jesus” and must always keep its doors open. Addressing parishioners who may be unwelcoming to others returning to Mass, he said, “Who are you to close the door of your heart to a man, to a woman who has the will to improve, to re-enter the people of God because the Holy Spirit stirred their heart?”