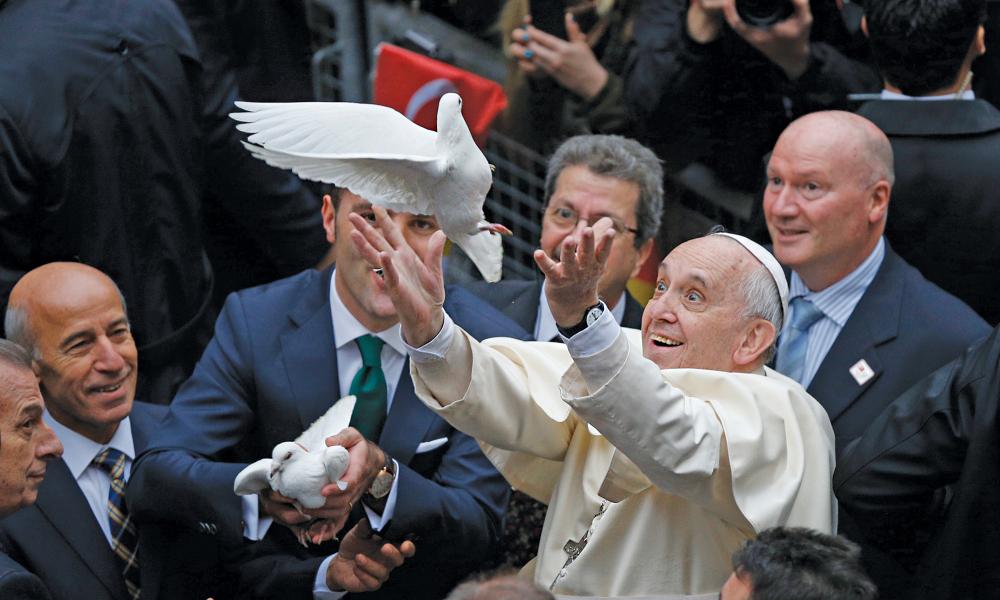 The Pope in Turkey Making Strides Toward Unity

Pope Francis visited Turkey in late November to meet with political and religious leaders to begin building bridges between Islam and Christianity. The pontiff had a busy agenda over the course of three days, including holding a special Mass for the small Catholic population in Istanbul and condemning violence against religious minorities in the Middle East. He called for political, religious and academic leaders to condemn the violence carried out in the name of Islam as against the Quran.

One of the biggest issues on the table was making peace between Islam and Christianity, two religions that were able to coexist in peace in the past. Both Pope Francis and Ecumenical Patriarch Bartholomew I, the leader of Orthodox Christians, called for dialogue with Islam based on “mutual respect and friendship.” In their common declaration, the two leaders said that Christians and Muslims are “called to work together for the sake of justice, peace and respect for the dignity and rights of every person.”

Another important area of concern while the Pope was in Turkey was the relationship between the Catholic and Orthodox churches. Pope Francis and Bartholomew participated in an ecumenical liturgy, and Pope Francis bowed to Bartholomew at the end of a joint prayer service to ask for the leader’s blessing “for me and the Church of Rome.” The pope’s visit and the relationship between the two religious leaders has provided hope that the schism that has existed between the two churches for almost 1,000 years can be healed.

"Together we signed a declaration, renewing the commitment to continue along the path of the restoration of full communion between Catholics and Orthodox." – On working with Ecumenical Patriarch Bartholomew I while in Turkey