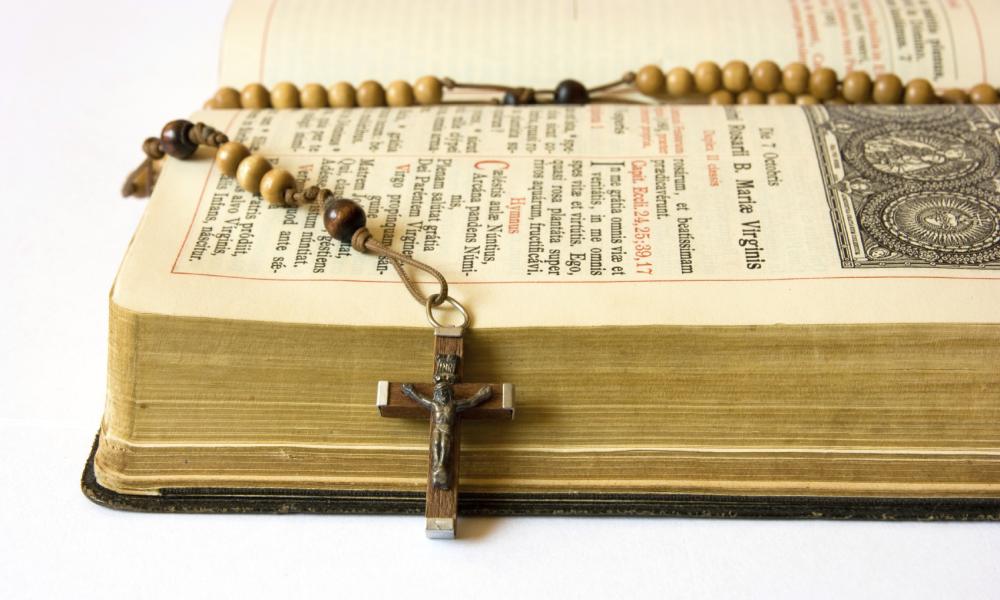 Priests and Lay Ministers who Inspire

Through the course of my life, I have been blessed to be inspired by a number of holy priests. The first who comes to mind is Father David. He was a kindly Franciscan priest who dedicated a great deal of time to serving the children who were enrolled in the CCD (we now call it “faith formation”) program of the parish in which I grew up. I remember Father David making weekly visits to our classrooms to teach us the music that we would sing on Sundays during Mass. He made his way from class to class with a portable record player in one hand and a stack of records of Church music in the other. The model of his kindness and patience has stuck with me through the years.

Then there were Father Ed and Father Patrick. They were very active with the parish youth ministry program during my high school years. Father Ed inspired by his example of patient discernment. He wanted to make sure that his priesthood was serving the people of God in the most effective way, and he was always very open and honest about his discernment quest. Eventually, God led him to serve the Church as a retreat master and director of a Franciscan retreat center. I always appreciated his openness and honesty.

Father Patrick loves to sing – especially in church. His booming and beautiful tenor voice brought such beauty to liturgies. He also loves to laugh, and made sure to know the people of the parish by name. He could be found in the church gathering space before and after Mass, chatting and laughing with so many people – calling each of us by name.

Fathers David, Ed, and Patrick join a cadre of priests who have helped and inspired me along the way. I think of priests of our diocese such as Father Charlie Irvin, Msgr. Bob Lunsford, Father Larry Delaney, Father Ray Rademacher, Msgr. David Stoetenbur, Father Ray Klauke and so many others whose patient priestly examples I appreciate.

Would it surprise you to know that there is an equally long line of dedicated lay ministers who have been an equal inspiration of ministerial service? I think of people like Anne and Moe Clevering, who were my youth ministers during high school, or Adele Mount and Bill Flick, who taught me to serve the poor and disabled. In a very special way, I am thankful to Pattie Scherer and Janelle O’Malley for their inspiration and example. I met both of them at St. Francis Parish in Ann Arbor when I returned to the active practice of my faith in September 1987. Pattie was the director of the newly re-established RCIA process, while Janelle served as the director of sacred music. Together they worked with Father Charlie Irvin, St. Francis’ pastor at the time, to plan and prepare beautiful liturgies.

In her love for helping people find their way to a deeper relationship with God, Pattie has taught me to be a life-long learner in faith. The care and attention she shows to catechumens and candidates is an inspiration to me, and a reminder of how the Gospels recount Jesus’ interactions with so many people.

Janelle has always been so open about her love for sacred music and her dedication to excellence in forming the musical gifts and skills of others. During her career, she has spent countless hours in helping people to give glory to God through instrumental and sung prayer. The result has been liturgies which still remain vibrant in my memory today.

Together, Pattie and Janelle were also about opening doors in a metaphorical sense, as they found ways to invite me into deeper participation in parish life. By the time I was ready to enter seminary, they had helped me to understand a great deal about the “behind the scenes” work and ministry that has to happen daily in our parish communities.

I am so grateful for the inspiration and example of the many who have guided me toward priesthood. Each of them is a unique reminder that we each have a responsibility to help guide and form those who will serve our parish communities in priesthood and as professionals in lay ministry. In this way, our parish communities continue to be places where God is praised and the Kingdom grows. And so, our journey in FAITH continues.