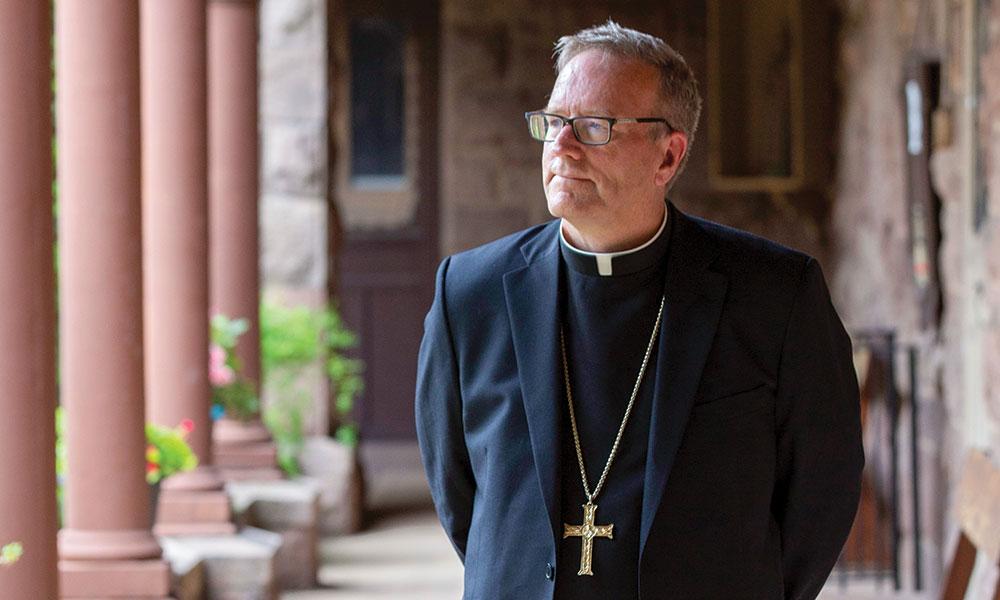 I’ve been reading, recently, a good deal of the work of Dietrich von Hildebrand – perhaps not a household name, but in fact one of the greatest Catholic philosophers of the last century. An inspiration to both John Paul II and Benedict XVI, von Hildebrand was designated by the Nazis themselves as their number one enemy in the 1930s – pretty high praise, that. Hildebrand developed a number of path-breaking ideas, including the distinction, foundational for ethics, between the merely subjectively satisfying and the objectively valuable. And he was, perhaps more than any other figure in the 20th century, the philosopher of the heart.

He contended that, though the Western anthropological tradition has placed a great deal of stress on the intellect and the will as spiritual powers, it has, for the most part, ignored or relegated to secondary status the heart, which Hildebrand characterizes as the seat or center of the affective life. Typically, the heart is seen as inferior to the other great spiritual faculties – in fact, as belonging more to our animal nature. In most of the philosophers in the Western tradition, emotions are typically read as threats to the mind and the will, but this strikes von Hildebrand as grossly unfair. Why are the emotions consistently read in terms of their corruption, when neither intellect nor will is read that way? After all, much of the history of philosophy is the story of the misuse of the mind, and much of political and cultural history – which Hegel famously categorized as a “slaughter-bench” – is the story of the misuse of the will.

For von Hildebrand, the heart, at its best, is a locus of value response. In its joy, its ecstasy, its rapture, its sorrow, its pity, the heart responds to a range of values and disvalues. The mind can certainly take in the Sistine Chapel Ceiling, and the will can perceive it as a good, but it is the heart that sings in its presence. The intellect and the will can accurately assess the Holocaust, but the heart weeps in response to it. It is, hence, a premiere way that the human being engages reality. In fact, von Hildebrand goes so far as to say that, if you’re seeking the true center of a person, you will find it not in the intellect or the will but in the heart. And doesn’t our ordinary experience and speech witness to this truth? We might have convinced someone’s mind through argument and persuaded his will through exhortation, but we know we have reached him only when we awaken the response of his heart.

Every year, just after the solemnity of Corpus Christi, the Catholic Church celebrates the feast of the Sacred Heart of Jesus. Though the Church certainly reverences the mind of Christ (“May that same mind be in you that was in Christ Jesus”), and though it clearly reverences the will of Christ (much of Christian discipleship is simply conforming our wills to Christ’s), there isn’t a feast of the Sacred Mind, nor of the Sacred Will. But there is a festival of the Sacred Heart. What seems clear is that the Church wants us to pay careful attention to the affectivity of Jesus. When I first read Immanuel Kant’s religious writings many years ago, and came across his account of Jesus, I confessed that I laughed. The great Prussian philosopher, predictably, projected his austere self onto the Lord and read him as “the icon of the person perfectly pleasing to God.” For Kant, Jesus was a severe, austere, moral ideal. But this is so alien to the New Testament! For the Gospels present Jesus as a person of extraordinary emotion, passion, and heart.

Just think, for example, of two of the best known of his parables: the Good Samaritan and the prodigal son. Both of these speak poetically of God as someone whose heart is profoundly engaged. The father of the prodigal son, throwing caution and respectability to the wind, goes running down the hill to meet his boy; the Good Samaritan, upon seeing the wounded and helpless man, was “moved with compassion.” How wonderful that, at the wedding feast of Cana, Jesus provides wine for the newly married couple. He didn’t cure anyone or raise anyone from the dead or forgive anyone’s sins; he contributed to the celebration and joy of the party-goers. He provided something that lifts up the human heart!

When the woman at the home of Simon the Pharisee extravagantly pours perfume on the Lord’s feet, infuriating the more sober-minded bystanders, Jesus responds with deep appreciation. For her heart was speaking to his. Cor ad cor loquitur. As he looks out over the holy city of Jerusalem, the Lord weeps because of its sins. He could have simply condemned the town or dispassionately pointed out its moral failings, but his heart spoke through those tears. To a crowd of probably shocked and confused listeners, he said, “Do not think that I come to send peace upon the earth; I have come to bring a sword, not peace.” The anger of Jesus is an outpouring of his heart, a value-response beyond what mind or will could express. At the tomb of his friend, Lazarus, Jesus wept. “The Jews therefore said, ‘See how he loved him.’” His will would have been sufficient to express his love for Lazarus, but the people truly understood the depth of that love when they saw him weep. Finally, consider the Lord’s wonderful word and gesture to his disciples when he appeared to them after the Resurrection: “Peace,” he said to them – “and then he showed them his wounds.” Or ponder his remarkable word to Thomas: “Put your hand in my side” – in other words, into my heart.

Now, why does the Church want us to contemplate today all of this affectivity? It does so because it knows that the heart of Jesus is not simply the heart of a great man from the first century, but rather the heart of God himself. The feelings of Jesus – of joy, sorrow, pity, compassion, exultation, etc. – are the feelings of God. Therefore, the heart of Jesus is a place where God dwells. In the lovely litany of the Sacred Heart, we find this invocation: Cor Jesu, templum Dei sanctum, miserere nobis. (Heart of Jesus, holy temple of God, have mercy on us.) When we move into the space of Jesus’ heart – loving what he loves, sorrowing over what he sorrows over, rejoicing over what he rejoices over, feeling compassion for whom he feels compassion – we are dwelling in the holy temple of God.