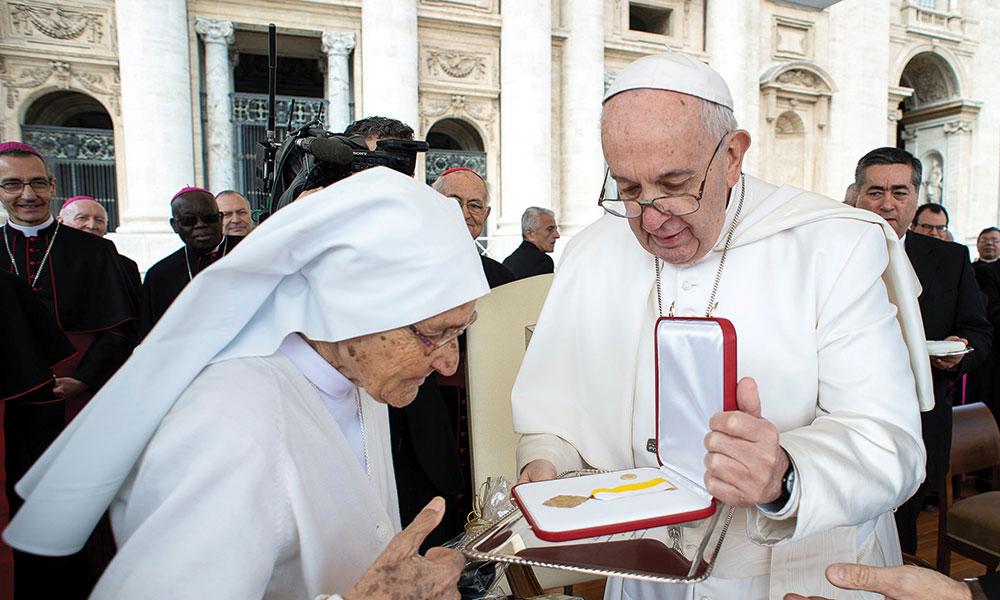 “Every human being has the right to life, to dream and to find his or her rightful place in our ‘common home’!

Every person has a right to the future." @Pontifex, March 30

Catholic and Muslim leaders met in late March in Chicago to discuss how to improve relations between these two major world religions. They reflected on a document on the topic of human fraternity, which was signed in February by Pope Francis and Sheikh Ahmad el-Tayeb, a leading authority for Sunni Muslims throughout the world. After the meeting, Chicago Cardinal Blase J. Cupich spoke of three steps to building fraternity: establishing and nurturing dialogue, striving for cooperation in daily life, and working toward mutual understanding of one another's beliefs and practices. He went on to say: “Authentic dialogue requires that we strive to remove the barriers of pretense and subterfuge that so often accompany speech.”

Sister Maria Concetta Esu, an Italian nun from the Congregation of the Daughters of St. Joseph of Genoni, was honored recently with a medal from Pope Francis after a General Audience at the Vatican. Sister Maria Concetta, who is 85, has been a midwife in Africa for almost 60 years, and in that time has delivered thousands of babies. Pope Francis met Sister Maria Concetta on a visit to the Central African Republic in 2015, and spoke of her “tireless” efforts on behalf of children, mothers and families. He thanked her for “the work you have done in the midst of our African brothers and sisters, in the service of life.”

Pope’s prayer intention for may:

The Church in Africa, a Seed of Unity

That the Church in Africa, through the commitment of its members, may be the seed of unity among her peoples and a sign of hope for this continent.