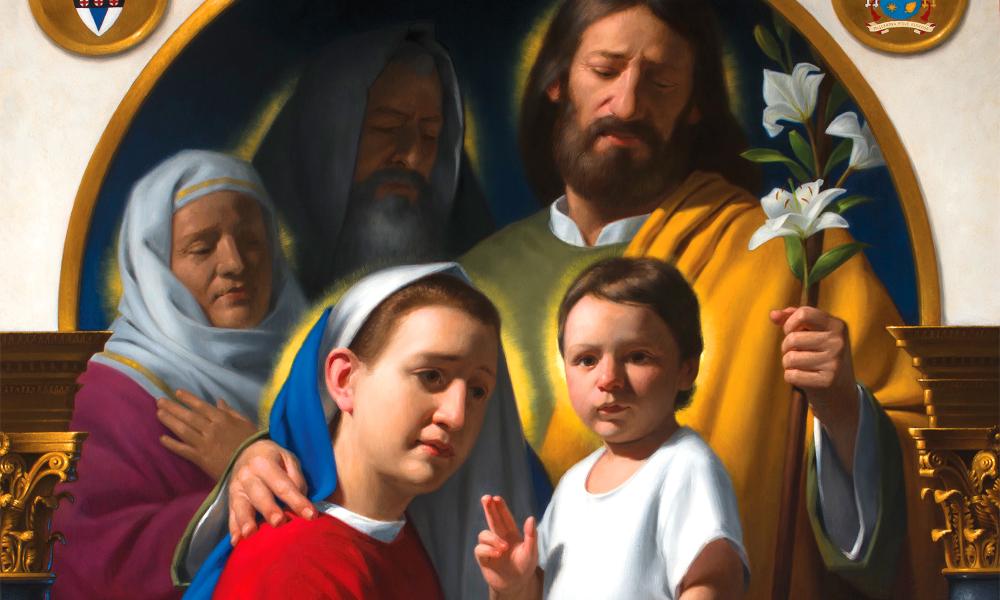 On Sept. 22-25, 2015, the city of Philadelphia will host the 8th World Meeting of Families. It will be the first time the event has ever been held in the United States, and millions of visitors from more than 150 nations are expected to attend. The 2015 World Meeting of Families theme is “Love is Our Mission: The Family Fully Alive.” During the three-day event, families from all over the world will gather to share experiences, dialogue and pray over topics such as the Christian family’s role in the church and society.

According to the official website (www.worldmeeting2015.org/), the World Meeting of Families was initiated by St. Pope John Paul II in 1992 to “look at strengthening the sacred bonds of the family unit across the globe.” The initiative took form for the first time in 1994 in Rome during the International Year of the Family. Since then, the meeting has been held every three years.

The History of World Meeting of Families

The Vatican organization responsible for promoting and advising the World Meeting of Families is the Pontifical Council for the Family, established by Pope St. John Paul II in 1981. The council’s purpose is to assist the pope in supporting marriage and family. The current president of the council is Archbishop Vincenzo Paglia, and his presidential committee is made up of 18 cardinals, 7 archbishops and 20 married couples.

The conference will feature numerous exhibits as well. For example, “Vatican Splendors: A Journey through Faith and Art” will showcase Vatican art, history, culture and religion through the works of great artists such as Michelangelo and Bernini. In addition, the venerated relics of Sts. Peter and Paul will be displayed. Other events include a World Meeting of Families Film Festival, the Adult Congress that will feature internationally known speakers such as Father Robert Barron, the newly announced auxiliary bishop of Los Angeles, and the Youth Congress designed for those ages 6 to 17.

Artist Neilson Carlin of Kennett Square, Penn. created the icon of the Holy Family for the 2015 World Meeting of Families, which is featured above.

The icon seeks to express the perfect order that is found when Christ is established at the center of the family. For a more detailed explanation of the icon, visit www.worldmeeting2015.org/.

The Festival of Families

The celebration will continue on Saturday, Sept. 26, 2015, with the Festival of Families. Open to everyone, the festival hopes to engage attendees in a “joyful, global celebration of support and love.” The event will host several musical performances including Andrea Bocelli, the famous tenor, Juanes, the Grammy-award-winning Spanish-language rock artist, and the Philadelphia Orchestra. However, the highlight of the evening will be the Holy Father, Pope Francis. Making his first trip to the United States as pope, Pope Francis will address an anticipated festival crowd of more than one million.

Pope Francis will become only the 4th pope to visit the United States. During his journey, he will visit Washington, D.C., New York City and Philadelphia. This will be the 10th time a pope has made an apostolic journey to the United States:

Pope Francis’ six-day Apostolic Journey to the United States will conclude with his attendance at the Festival of Families on Saturday, Sept. 26, and his celebration of the concluding Mass for the World Meeting of Families on Sunday, Sept. 27 at the Cathedral Basilica of Sts. Peter and Paul. While in Philadelphia, Pope Francis also will meet with bishops at St. Charles Borromeo Seminary, deliver a speech at Independence Hall about religious freedom and immigration, and meet with select prisoners and their families at the Curran-Fromhold Correctional Facility.

According to an article by Michael Bayer in the Washington Post on June 30, Pope Francis is not expected to push any one particular agenda during his visit to the U.S. “The schedule released … is quintessentially Francis, combining global diplomacy with local immersions.” Bayer goes on to say that Pope Francis will most likely highlight the pervasive inequalities that have homeless veterans standing in line to receive food at Catholic Charities, pray at the 9/11 Memorial, address racial hatred, praise immigrant-rights activists and prison chaplains, and, perhaps, challenge the “dominant assumption that an unfettered market is the answer to all the world’s woes.”

The Complete Schedule of Pope Francis

9:15 a.m. - Welcome ceremony and meeting with President Obama at the White House

4:15 p.m. - Mass of Canonization of Junipero Serra at the Basilica of the National Shrines of the Immaculate Conception

11:15 a.m. - Visit to St. Patrick in the City and Catholic Charities of the Archdiocese of Washington

4 p.m. - Mass for the conclusion of the World Meeting of Families

7 p.m. - Visit with organizers, volunteers and benefactors of the World Meeting of Families