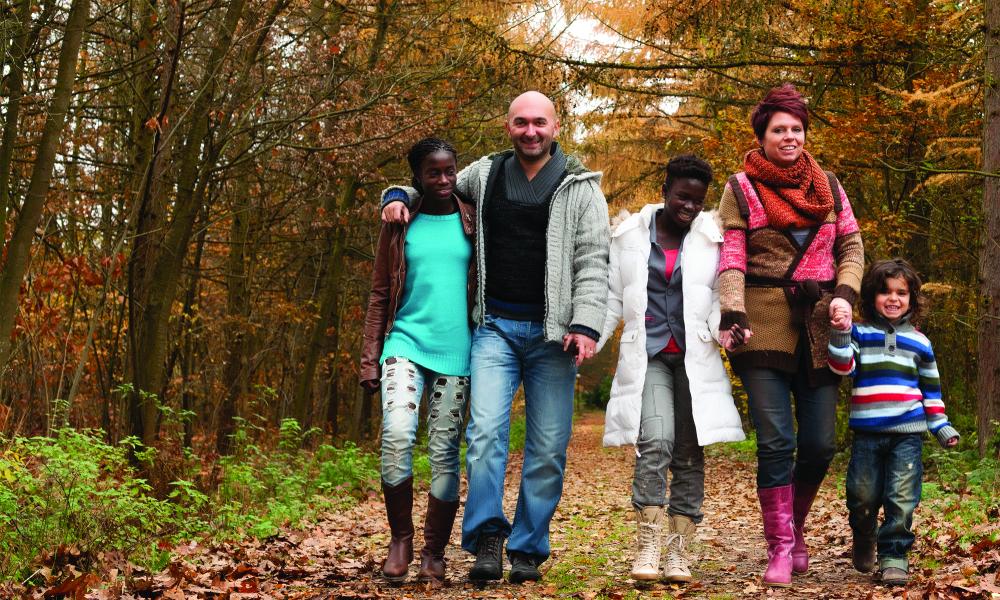 Will the Catholic Church be forced out of adoption and foster care?

On Oct. 1, 2015, a Michigan law became effective allowing groups that contract with the state to oversee adoptions to refuse service to any person or couple that conflicts with their “sincerely held religious beliefs.”

The law is an example of one type of effort states are making to protect the religious liberty of social service agencies, while protecting the supply of needed services. It was enacted in June, shortly before the Supreme Court decision in Obergefell v. Hodges, which recognized same-sex marriage as a protected right in all states and territories of the United States.

The ruling puts the Catholic Church and its agencies in the position of having to decide whether to provide adoption and foster care services, and, in some cases, receive federal and state tax dollars to fund those services, if it means being forced to place children with same-sex couples.

Although the recent Supreme Court decision has brought this issue to the forefront, efforts to protect the ministry of Catholic social service agencies began long before June 2015.

In 2006, after same-sex marriage became legal in Massachusetts, the Archdiocese of Boston, Cardinal Seán O’Malley and the Board of Directors of Catholic Charities petitioned then-Gov. Mitt Romney to make the case for an exemption from the state’s non-discrimination statute. Romney denied the request. One month later, the archdiocese announced that Catholic Charities would terminate its adoption services – work the agency had conducted for more than 100 years. Between 1986 and 2006, the agency had placed more than 700 children with adoptive families. In the nine years since 2006, it has placed no children.

In 2011, Lutheran Child and Family Services in Illinois denied a gay couple a foster care license, opening the issue of anti-discrimination by an agency that received public funds. In May of 2011, Catholic Charities of the Diocese of Rockford announced that it would halt its foster care and adoption services to avoid liability, if state law would require the agency to place children with parents in civil unions, gay or straight.

Catholic Charities in the Dioceses of Springfield, Peoria and Joliet also sought relief from the courts that would protect religious agencies from legal action if they turned away couples in civil unions seeking to adopt. They sought permission to refer couples to other child welfare agencies, while continuing to work with married heterosexual couples and single people living alone.

In their remarks, the bishops of the Illinois dioceses said, “The losers will be the children, foster care families and adoptive parents who will no longer have the option of Catholic, faith-based services.”

Many states, including Alabama and Florida, are in the process of enacting laws that will allow a religious exemption for faith-based agencies, as does the Michigan law.

In Michigan, State Rep. Thomas Hooker, who worked on the bill, said he was worried that if the state didn’t pass the law, it might have lost the roughly 30 percent of adoption agencies with which the state contracts that are religiously affiliated.

Without the religious exemption, faith-based child welfare agencies across the country that receive government funding will be unable to provide adoption and foster care services without compromising their religious beliefs regarding to same-sex marriage.

Without protection under religious exemption laws, one option to remain in the ministry of providing service to birth mothers and adoptive families is to refuse government funding. For most agencies, this is not viable and they would have to close.

These two constitutional Amendments are at the heart of the conflict:

Amendment 1 (protects the freedom of religion)

Congress shall make no law respecting an establishment of religion, or prohibiting the free exercise thereof; or abridging the freedom of speech, or of the press; or the right of the people peaceably to assemble, and to petition the government for a redress of grievances.

In the U.S., 397,122 children are living without permanent families in the foster care system. Of these, 101,666 children are eligible for adoption, but nearly 32 percent of these children will wait more than three years in foster care before being adopted.

Nationally, Catholic Charities' 177 agencies and affiliates are the second-largest provider of social services after the federal government.