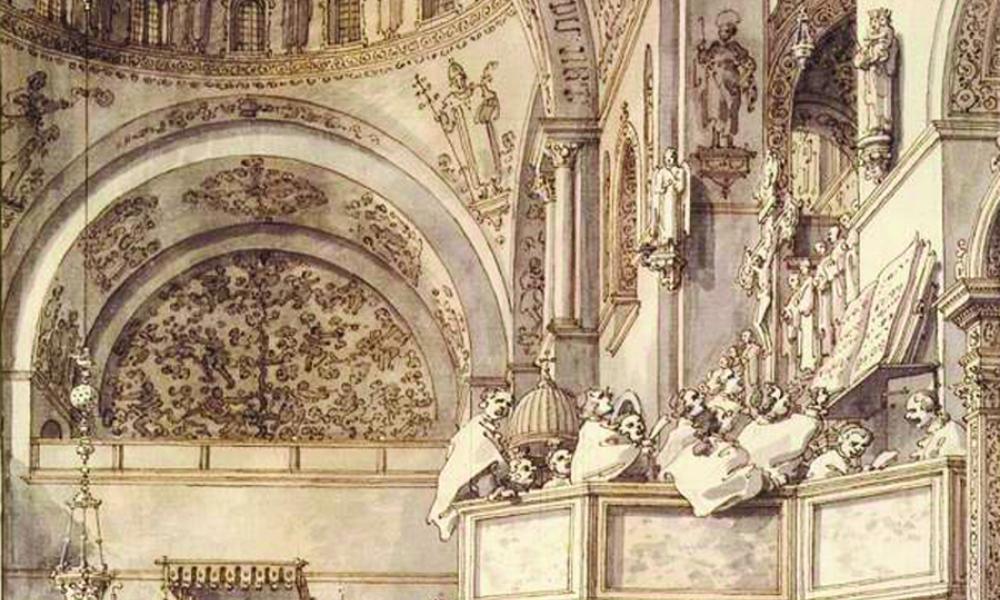 Why do we need the church?

Cardinal Justin Rigali is the archbishop of Philadelphia. He serves on many committees at the Vatican, and attended the Second Vatican Council. FAITH is honored to ask this eminent Catholic churchman and scholar some questions about the Catholic Church in the new millennium.

Why do people need the Catholic Church?

When we ask the question, “Why do people need the Catholic Church?”, the question behind that is an even more important question: “Why do people need Jesus Christ?” The reason we need the church is that we need Jesus Christ, who is the Son of God who came into the world to reveal God’s love. And in coming into the world, he has created, established and founded this church through the Apostle Peter. So the need for the Catholic Church is connected with God’s intention, with the work of Christ in establishing his church on Peter. Jesus says in the Gospel, “He who hears you, hears me” when he is speaking to the apostles, who represent him. So, the mission of the church is to continue the mission of Christ and our conviction is this profound conviction that Jesus established the church on Peter and that it has been going faithfully forward for 2,000 years as Jesus established it, notwithstanding the frailty of the Apostles and of all the human beings who make up the church. So, we need the church because this is Christ’s idea and this is how he leads us to the Father. This is how his work continues in time and space. Through the church, the work that Jesus personally did when he lived among us in Palestine continues.

How do you see technology changing the church?

Technology is a wonderful thing. All the technology is a blessing – a help in order to evangelize. As so many people have said, if St. Paul were to be alive today, he would use every means at his disposal in order to proclaim the word of God. St. Paul had a great fervor for proclaiming God’s word; in his second letter to the Thessalonians (Thess. 3:1), he prays that the word of God may speed on and increase and be glorified. And so, the church finds an obligation, an incentive and an encouragement in all these wonderful means of communication that are sometimes not used for the glory of God. Sometimes they are used for other purposes, but they are available to the church and that means to everybody in the church. It means all people and families can have access to all kinds of wonderful tapes and DVDs that can bring them the teachings of Christ and his church. So, yes, technology is a gift of God and, incidentally, the Second Vatican Council acknowledged this in its documents.

a. taking of the law to heart

b. fear of the Lord

Would it matter if Jesus got married?

A cradle Catholic reading the DaVinci Code remarks in conversation that it would not affect his faith in the least if Jesus had really married Mary Magdalene.  In fact, it would just make Jesus more human and more related to the everyday person.

What is at stake? The divinity of Jesus

Error: This person is correct when he says that a more than platonic relationship between Jesus and Mary Magdalene would make Jesus more related to the everyday person. Instead of Jesus being like us in every way except sin, Jesus would have been like us in every way including sin. The relationship outside of marriage described above would have been an act of fornication, a sin. The existence of a sinful Jesus would effectively deny the divinity of Jesus – much like the two heresies of Deism and Adoptionism – since God does not and cannot sin (literally to miss the mark).

The power and vitality of the Christian faith has long inspired tremendous works of art on the part of believers. One has only to consider the beauty of many of our principal churches to realize the transcendent beauty of our faith. For example, consider:

The ground on which the church stands is venerated by most Christians as Golgotha, the Hill of Calvary, where Jesus was crucified. It is also said to contain the place where Jesus was buried (the sepulchre). The church has been an important pilgrimage destination since the 4th century.

The primary custodians are the Eastern Orthodox, Armenian Apostolic and Roman Cathoic Churches, with the Greek Orthodox Church having the lion’s share (today it serves as the headquarters of the Greek Orthodox Patriarch of Jerusalem). In the 19th century, the Coptic Orthodox, Ethiopian Orthodox and Syrian Orthodox acquired lesser responsibilities. Times and places of worship for each community are strictly regulated in common areas.

Eusebius claims in his “Life of Constantine” that the site of the Holy Sepulchre, originally a site of veneration for the Christian community in Jerusalem, had been covered with earth, upon which a temple of Venus had been erected, probably as part of Hadrian’s reconstruction of Jerusalem in 135.

Around 325-326, Constantine I ordered the site to be uncovered and instructed the bishop of Jerusalem to build a church. Some emphasize the role of Constantine’s mother, St. Helena, in the construction of the church, as she had been directed by him to build churches upon sites that commemorated the life of Christ.

• The Stone of Anointing – believed to be the spot where Jesus’ body was prepared for burial by Joseph of Arimathea.

• The Edicule – this consists of two rooms.  One holds the Angel’s Stone, a fragment of the stone believed to have sealed the tomb after Jesus’ burial. The second one is the tomb itself.

• The Stairway to Golgotha – believed to be the site of Jesus’ crucifixion.

• The Rock of Calvary – this rock can be seen under glass on both sides of the main altar, beneath which there is a hole said to be the place where the cross was raised.