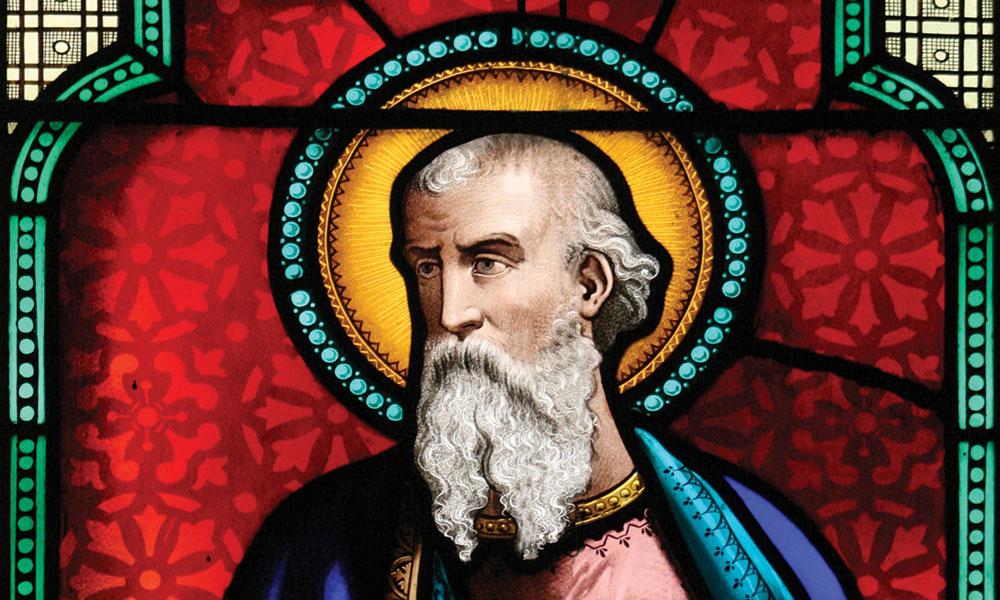 Who were the Zealots?

Theology 101 is continuing its peek behind the scenes of some of the prominent figures, groups and events referenced in the New Testament. The goal is to provide greater context for the drama of salvation, which the Scripture communicates to us.

In those days he departed to the mountain to pray, and he spent the night in prayer to God. When day came, he called his disciples to himself, and from them he chose Twelve, whom he also named apostles: Simon, whom he named Peter, and his brother Andrew, James, John, Philip, Bartholomew, Matthew, Thomas, James the son of Alphaeus, Simon who was called a Zealot, and Judas the son of James, and Judas Iscariot, who became a traitor. (Lk 6:12-16)

As we learn from the above passage, at least one of Jesus’ apostles was specifically identified as a Zealot. The Gospel writer must have felt it was important to note Simon’s affiliation with this group. So, who were they?

A DIFFERENT KIND OF SECT

The Zealots were driven by a great zeal for the Law (Torah) and the Jewish nation. However, these facts alone were not distinguishing characteristics of the group. For example, the Pharisees, Sadducees and Essenes were also zealous for the Torah. None of these sects was happy with Roman rule of Palestine. However, the similarities end when we consider each group’s response to this Roman domination and rule. The Sadducees accepted Roman occupation as a fact and simply continued to seek status and wealth. The Pharisees, likewise, accepted the Roman occupation and strove to live and remain pure, at least in theory, in the world in which God had placed them. The Essenes opted out of Roman governance altogether by withdrawing to the desert. In contrast, the Zealots chose direct opposition.

The Zealots very well could have adopted this phrase as their motto. The phrase, which means “Rome must be destroyed,” is an adaptation of the signature line of a Roman senator, Cato the Elder, who used it regularly to refer to Carthage instead. It captures the sentiment at the core of the Zealot movement, which was born precisely as a reaction to Roman domination of the Jewish people and homeland movement. What’s more, it proved itself as a formidable resistance group.

Again, the Zealots were zealous defenders of the Law and the Jewish nation. When the Romans ordered a census in 6 A.D., the Zealots mobilized. They argued cooperation with the census was equivalent to a capitulation to Roman rule. This was unacceptable to them, as Rome was a polytheistic nation. However, when the Zealots failed to stop the census, they turned against their fellow Jews. They unleashed a campaign of vengeance against any Jew who cooperated with the Romans. To the Zealot, cooperation with Rome constituted idolatry in the form of recognizing Caesar as lord in place of God. For the Zealots, there was no lord but God.

In 44 A.D., Judaea officially became a Roman province. This sparked a resurgence of the Zealot movement. Many became assassins, or Sicarii. They would primarily target Jews who were deemed to be friendly to Rome. When the Jewish revolt against Rome broke out (66-70 A.D.), the Zealots were significant participants. However, Jerusalem eventually fell to the Romans. The Roman conquerors spent the next several years stamping out any remaining resistance. This led the Romans to the Zealot fortress of Masada in 73 A.D. After a siege, the Romans were able to breach the walls of the fortress. However, they discovered that the nearly 1,000 people inside had committed suicide rather than surrender to the Romans.

THE ZEALOTS AND JESUS

The Zealots looked forward to the coming of the Messiah. This Messiah would lead them into battle to drive the Romans, and any other foreign nation, out of Palestine. The Messiah would literally restore the Kingdom of God, in the form of the Promised Land, to the chosen people. Perhaps, it was Simon’s belief that Jesus was the Messiah in this sense that first drew him to Jesus.

There is little doubt the presence of the Zealots impacted Jesus’ life, ministry and, possibly, his death. He repeatedly found his audience interpreting his message in political terms along Zealot lines. The Romans may have even considered him part of the Zealot movement. For instance, Jesus seemingly corrects Pilate’s understanding of his kingly status in John 18:36. Then, Pilate later allows the crowd to exchange Jesus’ life for Barabbas’ life. Barabbas is described as a revolutionary, which suggests he was a Zealot. Finally, Jesus was even crucified between two revolutionaries with “King of the Jews” posted above his head. (Mk 15:26-27)

There is one argument that asserts Judas’ surname, Iscariot, may indicate he, too, was a Zealot. According to this view, Iscariot is a variation of the title Sicarii, which means “dagger-men.” The Sicarii were a group of extremist Zealots who carried a dagger with them at all times. They were essentially assassins who targeted both Romans and those Jews who collaborated with Rome. Other scholars believe Iscariot refers to Judas’ hometown, Kerioth, a town in southern Judea. It is important to note this this latter view is favored by the New American Bible sanctioned by the United States Conference of Catholic Bishops.

It is thought that the Zealots were founded by this person in response to the census of Judea taken by the Roman governor of Syria in 6 A.D., the very same census Luke uses to establish Jesus’ birth in Bethlehem.

A.  Simon the Zealot