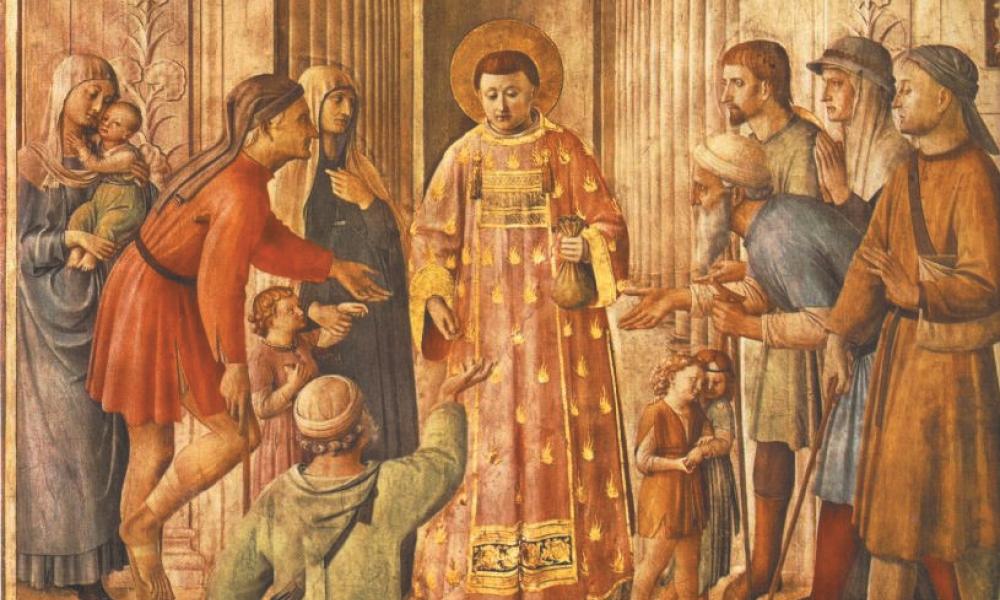 Who are the ‘poor’ who will inherit the Kingdom?

In the ancient world, both in Old and New Testament times, there was no middle class of the kind found in modern industrial nations like ours. Wealth was concentrated in the hands of a few, and the mass of the population was poor to a degree that is rare in modern western countries, though it is found in countries outside of Europe and North America. One does not find in the ancient world much discontent with the prevailing poverty. It was just the way things were.

This was the reality in Israel in the time of Jesus. Most people were poor and referred to themselves in Hebrew as “anawim” (those who were without material possessions and whose confidence was in God). Jesus was referring to them in the synagogue at Nazareth when he quoted Isaiah 61:1 to announce the messianic character of his mission: “The Spirit of the Lord is upon me, because he has anointed me to bring glad tidings to the poor.” The word “poor” translates anawim in Isaiah.

The First Beatitude in St. Luke’s account (Luke 6:20) states simply, “Blessed are you ‘anawim,’ for the kingdom of God is yours.” St. Matthew’s account adds “in spirit” to the First Beatitude: “Blessed are the anawim in spirit, for theirs is the kingdom of heaven.” This is saying that the beatitude extends even to the upper crust as long as they recognize their dependence on God.

The revolutionary character of Jesus’ statement should not be missed. The curse of poverty is removed by it, and happiness consists in the kingdom of heaven which surpasses all earthly wealth. The saying does not mean that only the poor enter the kingdom of heaven, but even the poor enter it. It is an implicit response to the haughtiness of the Pharisees towards the anawim. These latter were the ordinary people, “the little people” in Israel as compared to the big shots. In fact, “little people” is sometimes used as a translation for anawim.

Jesus clearly had a preferential option for the “anawim,” but he does not condemn the wealthy, the powerful, or the comfortable. He does warn them, however, again and again in the gospel, of the perils and pitfalls they face in their state of life if they do not put their trust in the goodness and faithfulness of God.