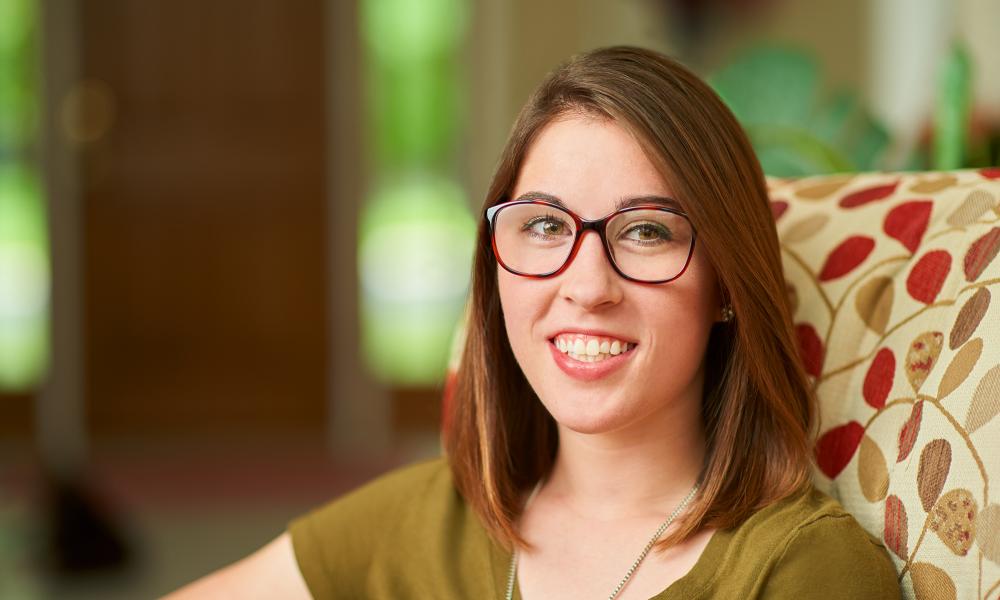 What you face when you are the face of mercy

I sat on the front porch of an old house on the east side of Flint, sorting shoes that were wearable vs. trashed. A lady stood in the doorway across from me, obviously deep in thought and holding back tears. It was the first work day of the Mission: Flint: a week of service that my youth group attends every year. I was assigned to help at the East Side Mission, and my first task to complete was sorting through donations and seeing which could be used. Although this was my third year participating in the Mission: Flint, I knew that God had something new in store. That first day proved it. The lady started her story,

“This girl was a straight-A student, cute girl, cheerleader, about to finish high school. She got kicked out of her house with her sister because her mom was an alcoholic, and she came up to this porch looking for help. I answered the door and told her to stay right there; I just had to run inside and grab some things for her. But by the time I got back, I saw her standing on the corner, getting on the bus. She came back a few months later to this porch and told me that she had been in Florida. She’d been taken in by a pimp, had been living at a crack house. But she didn’t stay here, she left with him again.”

The lady telling the story was an employee at the East Side Mission. She’d worked there for several years, and it seemed like she’d seen the unimaginable. Although I was in awe of how kind she was to everyone she came in contact with, I was even more shocked at how moved she was by the young girl’s story, at how much mercy she showed through her words.

At the beginning of the story, this nameless girl sounded a lot like the people I know. She went to a good school, kept her grades up, and was involved in after-school activities. She seemed normal, likeable, someone I could’ve been friends with. However, as the story went on, my thoughts started to change: “Why didn’t she just stay on the porch? What made her get kicked out in the first place? Was it her own fault? Why would she do that to herself? She should’ve known better than to go with some guy.”

As I snapped out of my own thoughts and focused on the lady, I noticed a stark difference in our attitudes. Her tone of voice was not condemning or mad; she was simply sad for the girl. She had empathy and love towards her. She immersed herself in the girl’s life and in her pain. Misery loves company, and she was willing to share in that girl’s company. In the few short minutes it took for this lady to tell her story, I realized that mercy is just that: being willing to share in one’s misery.

I understood that this woman’s job was, in essence, to have the face of mercy to everyone that walked up onto the old porch. She was willing to submerge herself into each person’s grief, guilt, and heartache so that they wouldn’t feel so alone. Yes, she provided people with new clothing and shoes, but I could tell from the story that her presence and ear to listen were just as great a gift to people as the goods she gave to them.

The Mission: Flint has never failed to teach me new lessons each year. However, the nameless girl’s story taught me a lesson I would have never thought about. The girl had a seemingly good life at first. She went to a good school in a good district, and she seemed like the perfect student. But as we hear about all too often, suffering knows no boundaries. It hits those who are completely innocent. Her mom was an alcoholic. She was kicked out of her home. She ended up being the object of another man’s desires. I learned that if suffering and misery know no limits, then my mercy shouldn’t either.

I used to try to determine who was worthy of receiving my help. I had a hard time rationalizing helping someone who I thought had gotten themselves in a bad situation by their own doing. I would think, “How could you make such a bad choice? I wouldn’t have done that!” The thing is, I haven’t had to think about what I’d do in certain situations. I haven’t had to face that kind of tragedy and pain.

Suffering knows no limits. I could wake up tomorrow without my health, my home, or my family. It’s impossible to know where God will have me tomorrow. However, I now know that I am able to show mercy to others today, simply by sharing in their hurt. I might not be able to always give someone what they need physically, but that woman taught me that I can be the heart that shares in their pain; the face of mercy.

Every year, FAITH awards a $1,000 scholarship to a high-school senior in our diocese, based on an essay on a topic related to life in the Church. Our goal is to promote insightful thought and excellent writing, and to encourage careers in Catholic journalism. There are many ways to spread the Good News of Jesus Christ, and good writing is one of them. We hope you enjoyed this year’s essay by Emma Matheson, a parishioner at St. Robert in Flushing.