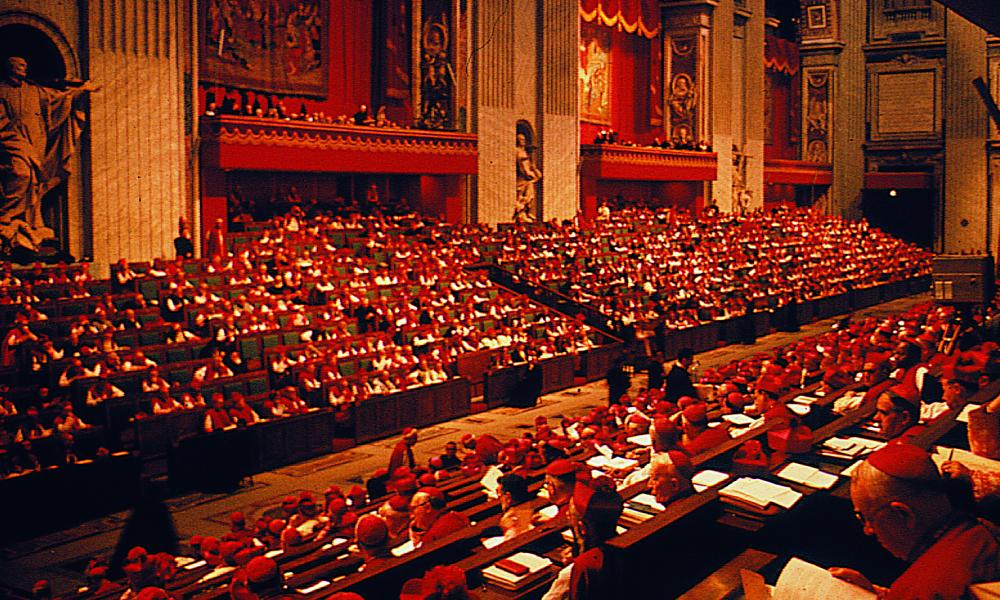 Cardinal Justin Rigali is the archbishop of Philadelphia. He serves on many committees at the Vatican, and attended the Second Vatican Council. FAITH is honored to ask this eminent Catholic churchman and scholar some questions about the Catholic Church in the new millennium.

Q: You were at the Second Vatican Council. What do you see as its greatest impact on the church?

A: Well, there have been a number of things. But I can zero in on a couple of extremely important contributions that have come about through the emphasis of Vatican II. One has been a greater understanding of the laity, of their role, and a greater participation of the laity in the life of the church. That’s been an extraordinary blessing. Secondly, there has been a greater participation in and understanding of the liturgy. As the prayer of Christ, the prayer of the church, people must actively participate. And by “actively,” we do not simply mean externally. We mean internally and externally, because you can participate externally and not be active. You must have a strong internal participation as well. So, these two things – laity and liturgy – are wonderful things. Not that everything is perfect in either of those, but this has been an extraordinary step forward in the life of the church. There has been a wonderful emphasis, wonderful blessings.

Those two topics, in turn, were linked in a very big way with two of the documents of Vatican II. Those documents were responsible for the wonderful promotion of the laity and the liturgy. One of them was the Constitution on the Church, Lumen Gentium. And in this document, the fathers of the council explained so beautifully the meaning and makeup of the church and how everybody, by reason of baptism, is involved. So out of this beautiful document on the church came the emphasis for the laity to participate ever more fully and find their fulfillment and satisfaction and great dignity in being an active and essential part of the church.

Then there was another document, among the most important of Vatican II. That was the Consitution on the Word of God. This emphasized the great heritage of the church in the Bible. The Bible is brought to the people in a very real way through the liturgy. This is what Christians have been doing for 2,000 years – they gather on Sunday precisely to read, and to listen to the Word of God. And to accept it. This beautiful Constitution on the Word of God was another thing that helped bring about these two wonderful results of Vatican II: the emphasis on the laity and a greater realization of the importance and understanding of the liturgy.

The power and vitality of the Christian Faith have long inspired tremendous works of art on the part of believers. One has only to consider the beauty of many of our principal churches to realize the transcendent beauty of our faith. For example, consider:

The Basilica of Santa Maria degli Angeli (Saint Mary of the Angels) is situated in the plain at the foot of the hill of Assisi, Italy. The basilica was constructed between 1569 and 1679 enclosing the 9th century little church, the Porziuncola, the most sacred place for the Franciscans. It was here that the young Francis of Assisi understood his vocation and renounced the world in order to live in poverty among the poor and thus started the Franciscan movement.

This church is the seventh- largest Christian church and was designed in a Mannerist style prefiguring the baroque. The church is 126 meters long, 65 meters large and the dome is 75 meters high. On April 11, 1909, the church was raised by Pope Pius X to the status of patriarchal basilica and papal chapel.

As vast numbers of pilgrims came flocking to Assisi, the small space of the Porziuncola became inadequate to house all these pilgrims. The necessity grew to build a church incorporating the Porziuncola. Construction of the basilica started on March 25, 1569.

• The Chapel of the Transito – the cell in which St. Francis died is situated under the bay of the choir, against the right columns of the dome.

• The Porziuncola –  the chiesetta (little church) of Porziuncola (“little portion”) is the most sacred place for Franciscans. Francis was given this little church, dating from the 9th century, by the Benedictine monks.

• Paintings – the side chapels were decorated by great artists from several periods, including Antonio Circignani, Francesco Appiani, Ventura Salimbeni and Giorgetti di Assisi.

A woman is conveying a story about her experience of a Catholic church in a local bookstore. She explains that upon entering the church building, she heard the people present singing and worshipping Mary. Immediately a voice inside her tells her to leave “this place of idolators” worshipping Mary as the Mother of God.

What is at stake? Jesus as one person with two natures

The woman in the story makes the mistake of dividing Jesus into two people: the human being and the deity. The Nestorians committed the same error when they declared that Mary was only the mother of Jesus the man and therefore should not be addressed as the Mother of God. This heresy was addressed at the Council of Ephesus in 431 and the church affirmed that since Jesus was in fact only one person, it was entirely appropriate to refer to Mary as the Theotokos (God bearer).

a. but the fool’s lips consume him.

b. yet the fool multiplies words.

c. For discontent lodges in the bosom of a fool.