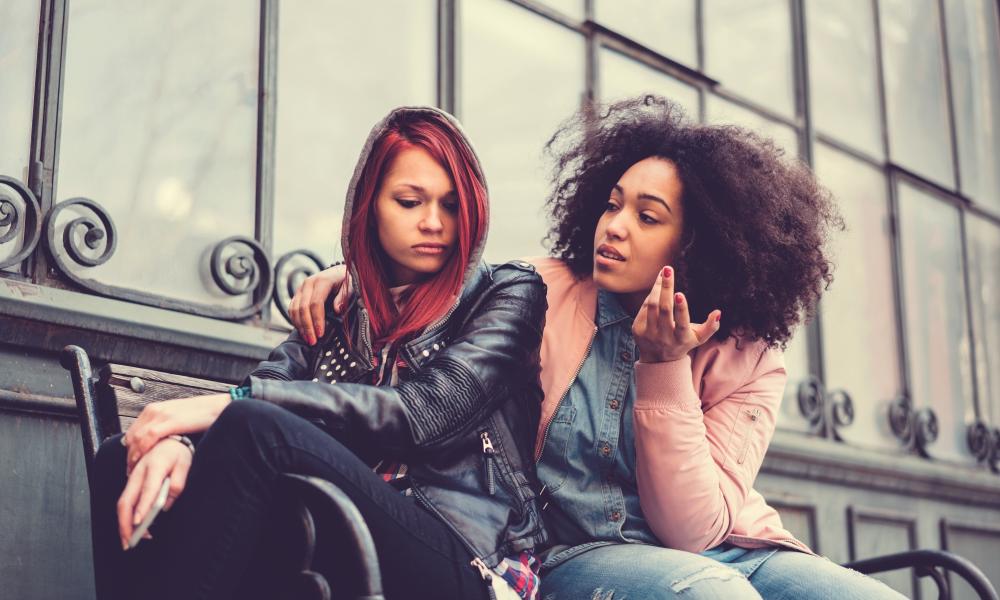 What do you say when a friend wonders why her young sister just died but her abusive grandfather is still alive?

In 2017, Theology 101 is focusing on the topic of evangelization. Specifically, the task is to offer some ways of approaching various questions Catholics may encounter from co-workers, family and friends regarding the practice of the faith. Of course, we must remember that nothing can replace the power of witnessing to the Good News through our own actions and words, combined with our willingness to accompany others on their faith journey.

My friend’s sister, who was a wonderful young person, just died. What do I say to my friend when she wonders why this good person died while her alcoholic, abusive grandfather is still alive?

When faced with such a question, what you do is more important than anything you could say. Your friend is hurting, and is probably angry at the perceived injustice of her sister’s death. She needs a safe place in which to be “heard.”

Consider the experience of those who have served as extraordinary ministers of holy Communion at a hospital. Many times, one can be at a complete loss for words – and these often turn out to be the best visits. Because one is present without speaking, the other person has room to share his or her story. And the stories are simply amazing – stories of life, of loss and of love.

At such times, we must attend to our sister and brother. In other words, we must be active as a listener and therefore be willing to be quiet; we must clear the clutter of thoughts, noise and lists of responses and ready-made answers from our minds.

If you are moved to speak, try asking your friend about her sister. Give your friend an opportunity to reflect on the beauty that was the life of her sister and the love they shared for each other. This is not to say that you should in any way minimize her grief or anger, but such sharing can lead one to feel gratitude for having had such a person in his or her life. This feeling of gratitude can be an important step toward healing. Of course, you could also offer to pray with her for her sister, her family and, yes, her grandfather.

The mystery of God’s response

In Christ, we learn the key is not in escaping from hurts or living some illusory existence free from suffering. Even the Son of God, the second person of the Trinity, was not spared the hurts of living in a fallen world, though never was there one who was more innocent and good. In fact, he experienced wounding on every level. He was rejected by his people and abandoned by his friends. Jesus experienced the perceived failure of his mission and endured taunting, torture and crucifixion at the hands of both the civil and religious authorities.

And yet he did not respond to any of these assaults on his being by cursing God for his misfortune. He did not curse those who inflicted the wounds. Instead, Jesus trusted God the Father completely, saying, “Into your hands, I commend my spirit.” Equally important, he looked down from the cross at his persecutors and prayed for them so that mercy and forgiveness might be granted unto them.

Christ comforts those who mourn

This response to suffering is the truth that makes us free. It is a response that seems both supernatural and absurd to the world. This is so especially because nothing changed externally as a result of Jesus’ incredible response to the many wounds he received. He did die and was buried. His followers did mourn his loss. Life did go on as normal for the greater part of his following – that is until Easter Sunday.

When we see images of the risen Christ, we see a glorified body, but not an unwounded body. The marks from the physical wounds remain. However, these wounds now testify to what God has done for us in Christ Jesus. The wounds have been transformed from being a fruit of hatred, anger or indifference against one’s neighbor into being a witness of the depth of God’s love for each one of us. The wounds that once caused an excruciating and humiliating death are now the badges of the final victory over sin and death.

It is true that God does not guarantee us a life free from pain and wounding. However, God does guarantee that while death is an ending, it is not the end.

It is precisely in your being present, suffering with, bearing the anger and hurt of your friend without judgment or condemnation, and showing your love for her that you can create an opportunity for your friend to encounter the person of Jesus Christ, who alone comforts those who mourn.

You have heard that it was said, ‘You shall love your neighbor and hate your enemy.’ But I say to you, love your enemies, and pray for those who persecute you, that you may be children of your heavenly Father, for he makes his sun rise on the bad and the good, and causes rain to fall on the just and the unjust. (Mt 5:43-45)

When Mary came to where Jesus was and saw him, she fell at his feet and said to him, “Lord, if you had been here, my brother would not have died.” When Jesus saw her weeping and the Jews who had come with her weeping, he became perturbed and deeply troubled, and said, “Where have you laid him?” They said to him, “Sir, come and see.” And Jesus wept.  (Jn 11:32-35)

1. How might these two passages speak to the friend’s question?