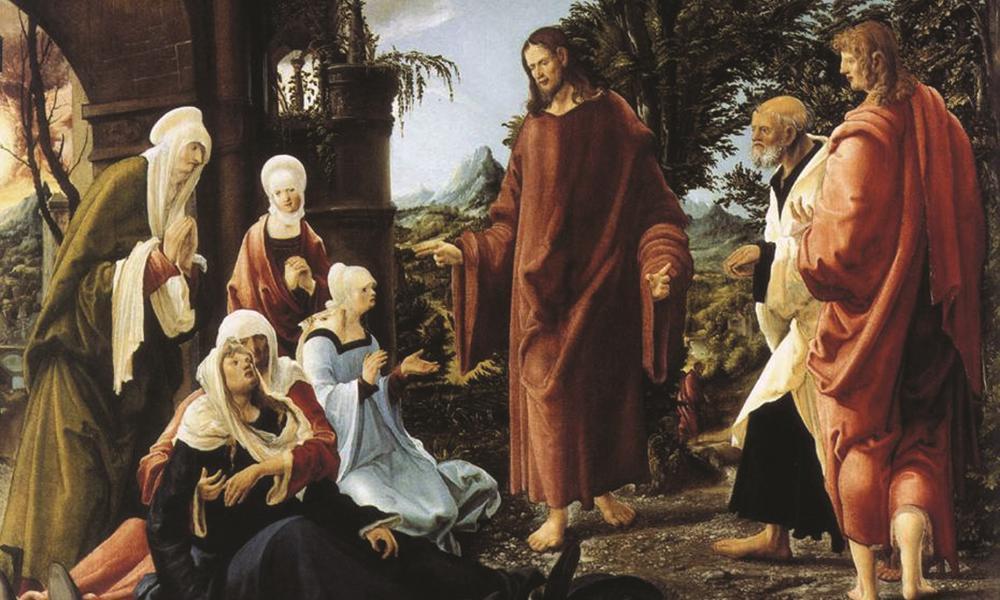 What is the Difference Between Jesus and Christ? How is He Human? How is He Divine?

Who is Christ? A Year-Long Conversation With Theologians.

FAITH is exploring Christology – the study of Jesus Christ. We asked several eminent seminary professors some questions about Jesus. Their answers are enlightening and thought-provoking.

FAITH: What is the difference between Jesus and Christ?

Father Acklin: Jesus and Christ are one and the same. But what has caused a split between the two was the development of the historical sciences in the 17th-19th centuries. The Catholic Church was rather wary of this approach; Pope Pius X was cautious because historical methods were used in a reductionist way. Pope Benedict has articulated cautions of the historical-critical method as presented in things like the Jesus Seminar. The assumptions of that seminar are very reductionist – they limit the Christ of faith.

Another very strange phenomenon is exemplified in books like The DaVinci Code. Those authors take Gnostic texts and then present them as having equal authority to canonical texts. I have talked to the late Ray Brown, an eminent Scripture scholar, who recognized that the historical sciences had overreached themselves – and created a distance between us and Christ. The Pontifical Biblical Commission wrote a document in the early–80s insisting that the historical-critical methods are indispensable, but only if they are not used in a reductionist way. There is a rediscovery of the canonical method, which uses the historical-critical approach, but lets the whole canon speak together.

Father Muller: There is a distinction between the Jesus of history and the Christ of faith. The Jesus of history refers to this specific human who wandered around Judea and Galilee. The Christ of faith refers to that same individual as portrayed by the Gospels. In concrete reality, Jesus is Christ and Christ is Jesus. When this distinction evolved in the 19th century, there were some curious things going on. There was the rise of a Newtonian worldview that understood the world as a giant mechanism with a watchmaker God. If you have an exquisite mechanism, you cannot tolerate interference by God. This leads to trouble identifying the concrete Jesus as divine. And yet, Christianity has always depended on an affirmation of Christ’s divinity. Because our knowledge is limited, we distinguish between a Jesus we can phenomenally experience – and God. This is, of necessity, limited. We cannot identify this experience of Jesus as exhaustive of an experience of God.

Father Stevens: There cannot be a dichotomy between the Jesus of history and the Christ of faith. Our salvation did not happen in a galaxy far, far away. This is part of the incarnation, that the eternal took on the conditions of time – and time is thereby redeemed. We live in history and God entered into the historical flow and redeems it. We find this in the Gospels. Luke is anxious to situate everything within the course of history – that is what saves us from a sort of Gnosticism.

We need to understand the limits of the texts we have – there is always more than what a historical text can convey. Truth always exceeds a text and methodology – there is not a one-to-one correspondence between any text and the truth. The texts are not intended to be a photograph – if they were, why would we go to some texts over and over? Some texts speak to us.

We get too caught up in minor textual discrepancies in the Scriptures. There is, rather, a sacramental quality to them – truth you don’t get on any one read. Substance is given to us in these texts – they convey a truth sufficient for our salvation.

What is historical-critical method?

A method of interpreting texts in which an attempt is made to reconstruct the original as much as possible and to compare it to other texts in order to determine its authorship, intent, context and sources.

One of the most noted theologians of the 20th century, Hans Urs von Balthasar never taught theology at a university. Instead, he opted to be a student chaplain at Basel. While there, he met Adrienne Von Speyr, a mystic, whose writings became inextricably linked with his own.

In 1950, Balthasar left the Jesuit order to become a diocesan priest, having felt the call to begin the Community of St. John with Speyr.

In 1988, two days before the ceremony that would have elevated him to a cardinal, Hans Urs von Balthasar died at his home in Basel.

He wrote that Jesus’ death and resurrection reveal to us that God can endure and conquer godlessness, abandonment and death itself.

Balthasar described his theology as a “kneeling theology”, connected to prayer, adoration and worship.

Appollinarianism: Jesus’ divine nature took the place of his humanity

According to Appollinarists, Jesus was divine – but was so at the expense of his humanity. Apollinaris, a bishop, taught that the Logos, the “Word” of God, became the divine nature of Christ, overcoming and taking the place of his human soul. He and his followers believed that Jesus was the son of God, but that humanity and divinity couldn’t exist simultaneously in one person. The theological danger of this heresy is that it minimizes the value of Jesus’ sacrifice on the cross – if he was not human, he did not really die. And therefore, didn’t rise. In 381, the Second Council at Constantinople condemned this heresy and affirmed the concept of the hypostatic union – Jesus is completely God and completely human.

Jesus is often depicted as the lamb whose blood redeems us, an analogy to the Passover sacrificial lamb. The Book of Revelation describes Jesus as the “Lamb who was slain?”