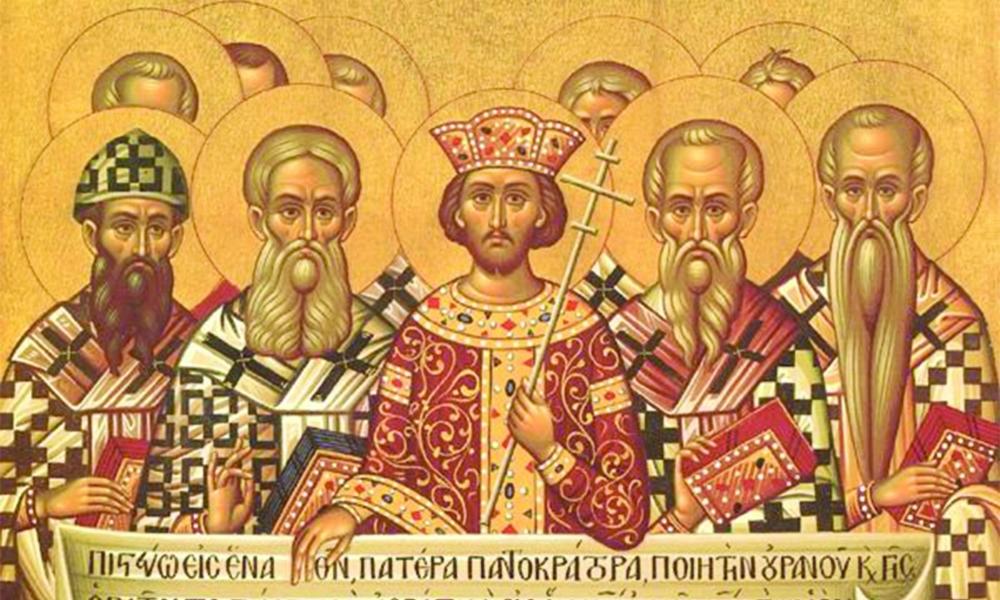 What are the ways we know God?

Part 2 of a year-long study of the Catechism

The Catechism begins by expounding revelation, the process by which God “addresses and gives himself to man,” and the faith by which humanity responds to God. In other words, the Catechism follows the same structure of the entire spiritual life: we first receive, and then we respond. Like life itself, God first gives freely in order that we might have life more fully in communion with the Trinity, our destiny – but we have to choose to respond to this gift by receiving it.

“The desire for God is written in the human heart, because man is created by God and for God; and God never ceases to draw man to himself.” According to the Catechism, this truth enables humanity to approach the knowledge of God from creation – both through the physical world and the human person.

For instance, “starting from movement, becoming, contingency, and the world’s order and beauty, one can come to a knowledge of God as the origin and the end of the universe.” Likewise, the human person can come to this same knowledge that he or she is not the first principle nor the final end through a consideration of the person’s “openness to truth and beauty, his sense of moral goodness, his freedom, and the voice of his conscience, with his longings for the infinite and for happiness.”

Knowledge of God, however, is different from intimacy with God. It is one thing to know that there is a God and quite another to enter into communion with God. Communion requires not only God’s self-revelation to humanity but also the gift of God’s grace in order for humanity to receive this revelation in faith. Why is this so?

The limits of reason

While humanity can come to know with certainty there is a God through the natural world by the “light of human reason,” reason alone is not sufficient. The Catechism turns to Pope Pius XII and Humani Generis for the explanation: “the truths that concern the relations between God and man wholly transcend the visible order of things … The humanw mind is hampered in the attaining of such truths, not only by the impact of the senses and the imagination, but also by the disordered appetites which are the consequences of original sin.” In other words, because the “vision” of humanity is distorted by original sin, God’s revelation must enlighten reason in order for humanity to truly understand not only those truths which exceed limited human reason, but also for those “religious and moral truths which of themselves are not beyond the grasp of human reason.”

The stages of revelation

God reveals his divine plan of communion to humanity gradually. This is the very nature of relationship, i.e. it is a process of ongoing, ever-deepening self-revelation. For God, the invitation to communion was extended from the very beginning with the creation of the world and his manifestation of himself to our first parents in the Garden of Eden.

Though our first parents ultimately rejected God’s invitation, God did not abandon his divine plan. Amidst the shattering of humanity by sin, God again sought out humanity and entered into a covenant with Noah after the flood promising to gather his children into one, or communion.

The gathering of humanity began to unfold in God’s call to Abram “from his country, his kindred, and his father’s house, and makes him Abraham, that is, ‘the father of a multitude of nations.’” The patriarchs, prophets and other figures from the Old Testament were entrusted with the call to prepare for the day “when God would gather all his children into the unity of the Church.”

The next stage saw God form Israel by freeing the people from Egypt and establishing a covenant with them through Moses at Mount Sinai. God revealed to them his law “so that they would recognize him and serve him as the one living and true God … and so that they would look for the promised Savior.”

The people were then formed in the hope of salvation and the expectation of a “new and everlasting Covenant” through God’s acting through the prophets. The prophets preached a “radical redemption” and the salvation of all the nations, a hope carried especially by the poor and humble.

The culmination of God’s revelation to humanity occurs in Jesus. “Christ, the Son of God made man, is the Father’s one, perfect and unsurpassable Word. In him he has said everything.” This revelation of the extent of God’s love for us and his will for us to enter into communion with him has reached its finality with the Word made flesh. However, “it remains for Christian faith gradually to grasp its full significance over the course of the centuries.”

-Quotes come from the Catechism (26-67) unless otherwise noted.