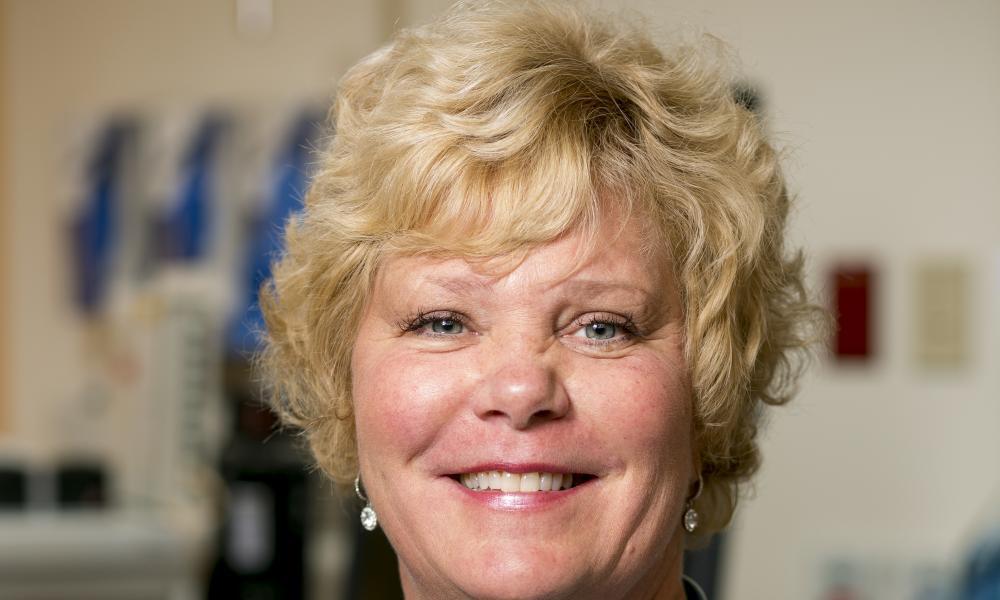 On any given day, a Google search for the word “Israel” or “Palestine” will invariably lead to headlines about war, terrorism or military strikes, painting a grim picture of a hostile territorial fight that Americans usually only see through the lens of news camera.

There is another Middle East, though, one that includes everyday people trying to live everyday lives, whether they are Jewish, Christian or Muslim. They go to jobs, raise families, throw parties, make meals, and visit their temple, church or mosque. They are as ordinary as we are, except that they call home to one side or another constantly in conflict.

Bombarded by video footage and images of death and destruction, it is easy to be dissuaded to never set foot in such a place, the fear for one’s life overriding any cultural, personal or spiritual calling to visit.

Active in the Chelsea community, and at St. Mary Parish, Wendy Rutter has long been doing good work in Michigan and throughout the United States, but the nurse anesthetist found herself immersed in a mission that ultimately would require a trip to Israel. A trip she was reluctant to make.

“The Knights of Columbus in our parish decided to do a children’s peace project, bringing six teenagers of different faiths, to create dialogue between the teenagers there and the teenagers here because the adults aren’t talking anymore,” says Wendy.

“When the girls were here, I noticed that one of the girls had a hearing deficit and hadn’t had hearing aids replaced since she was 10, she was now17.”

Using the resources available at the University of Michigan Hospital, which had started a pilot program in Tel Aviv, Wendy was able to help the young woman and her sister, but to do so meant flying to Israel to help coordinate the endeavor.

The trip, in May 2013, was not one Wendy made without trepidation. Her husband, Tim, expressed his own caution, but Wendy was too intimately involved to say no, and she boarded the flight praying God would watch over her.

“My life-changing event was I lost my fear,” Wendy said. “I came to a place emotionally and spiritually where I figured I would leave it up to God to send me wherever he needed me to go, so I started with Israel and we were able to get the girls new hearing aids.

“I had been on medical missions before. I had been to the Dominican Republic, but I always felt I could do more but was held back by a pretty natural fear that all of us have. The irony was I probably ended up having more trouble getting through security in the United States than over there.”

Wendy embedded herself in Israel, hoping to learn what life really looked like. She was saddened to learn of the persecution Palestinian Christians faced, forced to accept a reality in which they didn’t live as much as they survived.

“They have to go through checkpoints to see relatives in another city,” she started. “You might apply to go to one church for Christmas Eve mass and they’ll give one visa to the father but not the children.

“They don’t let them build any cisterns for water. They can only live in certain neighborhoods. They can’t hold certain jobs,” she says.

Wendy asked questions. She sought to offer solutions, moving freely, though intelligently based off the instructions from expert guides from HCEF (Holy Land Christian Ecumenical Foundation). Hour by hour, her concern for her own safety evaporated as she felt God’s embrace, knowing he had called her to Israel and he would attend to her.

“Once I really truly put my faith in God, and just gave myself over to whatever is his will, and came to the acceptance that he’s calling me to do his work, I knew I would be OK,” said Wendy.

“I really turned my life over to God and said, ‘Send me where you need to me to go. I have complete faith and trust in you.’

“A lot of people will say to me, ‘Why go overseas?’ And my answer is, ‘Because they have nothing.’ Here you could walk into an ER no matter how poor you are and you’ll get care. There they don’t. A lot of them just die,” says Wendy, who doesn’t know where she’ll go next, but knows she won’t be afraid when God calls.

“I’m thinking South America, but really, wherever God calls me. And I know he will call, and I have faith that he will be there by my side during the entire journey.”