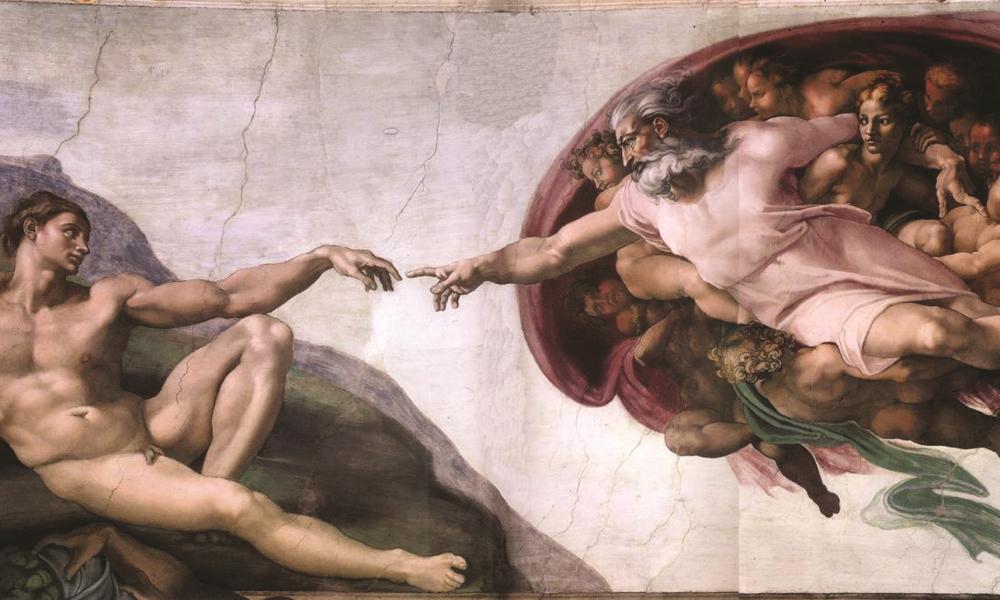 Vatican II Part 8: Have You Ever Stopped to Consider Questions Such as, Who Are We?

A Series on Vatican II

Have you ever stopped to consider questions such as, Who are we? Why were we created? What is the meaning of suffering and death? How is the Church, a seemingly ancient institution, relevant to modern history? Many things in the world clamor for our attention. But sometimes, perhaps while walking in the woods or standing on a mountain peak, gazing in awe at the tiny fingers of a newborn baby or comforting a loved one, these questions may surface from the depths of the soul.

The fourth pillar document of Vatican II, Gaudium et Spes, seeks to answer the fundamental questions which occupy the human heart. Lumen Gentium proclaimed to the world who the Church is; Gaudium et Spes goes further by declaring how she interacts with the world and humanity. This beautiful, rich document is both doctrinal and pastoral, as it restates fundamentals and seeks to emphasize them in today’s context. In light of the confusion wrought over the last several centuries, it is a particularly appropriate reminder of who we are in the light of eternity, and a beautiful statement of the Church’s relevance in modern society.

The fundamental message of the first part of Gaudium et Spes is that our dignity is rooted in our creation in the image and likeness of God. (cf. Gn 1:26) We were created for God, to live in community with other human beings, to be a steward of created things, and ultimately to come to eternal life in the loving union of the Holy Trinity. We are both material body and immortal soul, and thus find the source of our being and our ultimate end in God, although we dwell on earth in the material plane. God has inscribed His law on our hearts, and has given us the precious gift of free will, for it is only in freedom that we can turn toward what is good.

No matter how advanced technology becomes, we can put off death, but can never fully avoid it. This knowledge haunts us, and we run from it. For this reason, atheism is an insidious injustice, robbing us of our desire for eternity by convincing us that this life and world are all there is, squelching the hope for eternal union with God.

Only by being baptized into Christ Jesus, who frees us from death and wins eternal life for us by His passion, death and resurrection, can we find our eternal dwelling place. Jesus is the fulfillment of God’s loving promise to send us a Savior, made when Adam and Eve’s sin brought death and destruction to the human race – it is Christ who fully reveals us to ourselves and brings to light our most high calling. This is the basis for the majority of Pope John Paul II’s writings – the “wheels of the pope-mobile,” so to speak. Christ’s self-emptying, by becoming human and dying for us on the cross, purchases for us eternal life and reconciles us to our loving and merciful Father. By being conformed to the image of the Son who is the firstborn of many brothers (cf. Rom 8:29), a Christian receives the “first fruits of the Spirit” (cf. Rom 8:23) by which he or she may fulfill the new law of love. (cf. Rom 8:1-11)

The meaning of our reclaimed dignity in Jesus Christ is that we can live in community with others, as we were designed to do from the very beginning, embodying the fulfillment of the law by loving our neighbors as ourselves. (cf. 1 Jn 4:20) Baptized into the mystical body of Christ, the Church, we enjoy the communion and solidarity of all the faithful. Because of our dignity in being created for God, we can discover our true selves only in a sincere giving of self. Jesus is the perfect model of the total gift of self, in that He became a man and offered Himself as the innocent victim for our redemption.

We are by nature social creatures, and were not made to be solitary entities unto ourselves. We work out our salvation as baptized members of the mystical body of Christ in unity with others – one sin affects the whole mystical body, as one virtuous act builds up the Church. Because of the sublime dignity of each human person, we must build a society in which human life is protected and cherished, where neighbors render mutual assistance, love and pray for one another – including enemies, and work to achieve a just and equitable social order. This solidarity of humanity must be increased  constantly until it is brought to fulfillment; on that day, saved by grace, we shall offer perfect glory to God as the family beloved of God and of Christ our brother.

Gaudium et Spes seeks to engage us in dialogue about atheism. Atheism simply means the denial of God. As Gaudium et Spes points out, atheism can take many forms, from the suburbanite who is focused only on material success and who lives as if God did not exist, to the systematic expressions of atheism professed by some totalitarian forms of government.

While atheism can be a willful decision, it can also be caused by the bad example of believers who give a false image of God and religion, or by ignorance, or as a reaction to the presence of evil in the world. Atheistic systems of government seek to make this world an end in itself, and maintain that belief in God is a limit to human freedom and dignity. Still others argue that belief in a future life causes people to neglect the concerns of this world.

What is the Church’s answer to these claims put forth by the world? The Church professes that belief in God is in no way hostile to human dignity, since that dignity lies precisely in the fact that we have been made by God to share in His own divine life of self-giving love. Belief in heaven does not distract us from our duties on earth; in fact, current events suggest the greatest abuses to human dignity arise when there is no hope for an afterlife. Without God, the human person and human life remain an ‘unsolved puzzle.’ (Gaudium et Spes, n.21) It is only in Jesus Christ, light of the world, that the meaning of our lives and our calling to share in the divine life is made clear.

You are great, O Lord, and greatly to be praised: great is your power and to your wisdom there is no limit.  And man, who is a part of your creation, wishes to praise you, man who bears within himself his mortality, who bears within himself testimony to his sin and testimony that you resist the proud. Yet man, this part of your creation, wishes to praise you. You arouse him to take joy in praising you for you have made us for yourself, and our heart is restless until it rests in you.