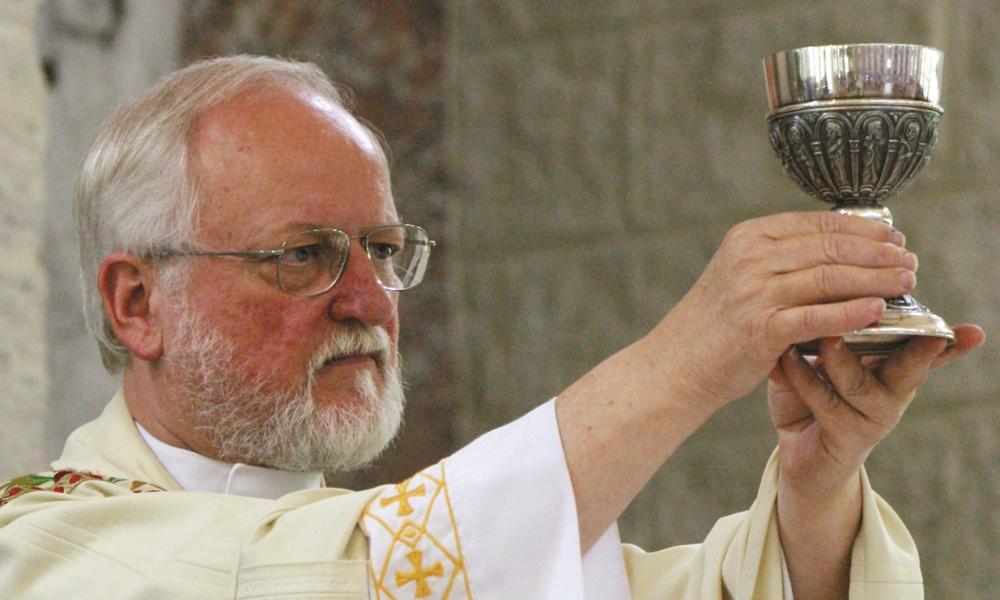 Vatican II Part 7: A look at the Mass why it's the source and summit of our faith

In order to bring about “full, conscious and active participation” during the Mass, Sacrosanctum Concilium introduced several revisions in the Rite of the Mass that have affected the way in which the Mass is celebrated. It is important to stress, however, that the Second Vatican Council did not change the essence of the Mass. The Mass celebrated today is the same Mass celebrated by the Apostles; it is the sacramental re-presentation of Jesus’ sacrifice on the Cross – allowing us to participate in these saving events by making them present to us. The essence of the Mass can never change, because Our Lord Himself instituted it. However, the way in which the Mass is celebrated is subject to revision.

Before we take a closer look at the revisions instituted by Sacrosanctum Concilium, we must try to gain a better understanding of this “full, conscious, and active participation” to which the Church is inviting each one of us. Many have misinterpreted this phrase to mean merely external displays of participation such as vocal responses, physical gestures,  reading at Mass or carrying the gifts to the altar. However, these external forms of participation should lead to a deeper internal participation, by which one is conscious of the mysteries that are being made present at the Mass. The Church recognizes that we are both body and soul, and authentic worship requires the use of both. Therefore, what we do with our bodies, whether it be through our voices, our postures or actions, should reflect the engagement of both mind and heart in the mysteries taking place in the liturgy.

Changes in the Celebration: The Constitution’s Decrees

In order to foster the internal and external participation necessary for us to fully reap the fruits of the Mass, the Constitution issued some important decrees:

Simplifying the rituals: The Rite of the Mass was revised, omitting those rites which “with the passage of time came to be duplicated, or were added with little advantage,” while restoring other rituals which had “through accidents of history” been lost. (SC 50)

More Scripture readings: “The treasures of the Bible are to be opened up more lavishly so that a richer fare may be provided for the faithful at the table of God’s word.” (SC 51) This resulted in a three-year cycle of readings, rather than a one-year cycle, a second reading before the Gospel, and the introduction of the responsorial psalm.

Greater emphasis on the homily: The homily is the means by which “the mysteries of faith and the guiding principles of the Christian life are expounded from the sacred text during the course of the liturgical year.”

Reinsertion of the prayer of the faithful: This ancient Christian custom takes place after the homily and just before the Liturgy of the Eucharist. Here, the faithful pray for the needs of the Church, civil authorities, the salvation of the world, all those in need, and the special needs of the local community.

Eucharist: “... the faithful should receive hosts consecrated at that Mass.” This is “a more perfect form of participation in the Mass.”

The primary purpose of all these decrees was to encourage us to participate more fully and to be actively engaged, both internally and externally, in the Mass, which is the supreme act of worship and the “source and summit of Christian life.” By reading this beautiful document, may we be inspired to participate in this great act of worship in such a way that we give perfect praise to our Father.

How to live a more liturgical life

Our lives comprise times of joy, times of sorrow and a great number of ordinary times. We can live in synch with the liturgical year by cultivating awareness of the Church’s calendar and adjusting our lives accordingly. For example, during Advent, when we prepare our hearts with expectant joy to receive our Savior, we could abstain from some favorite food or enjoyment to make our longing for Jesus more keen, and undertake a spiritual practice or work of mercy to serve Him in our neighbor. Lent is a time of prayer, fasting and almsgiving, leading us to the beautiful liturgies of Holy Week and Easter. The Easter season lasts until Pentecost – a great celebration of the Resurrection – and then the Church re-enters Ordinary Time. Sprinkled throughout are beautiful holy days dedicated to Our Lady and the saints.

The celebration of the Mass through the centuries

While the appearance of the liturgy has changed a great deal, the essential elements remain intact. Generally, the development of the liturgy from the Last Supper to its present form may be divided into five stages:

33 A.D. – Christ celebrated the Last Supper with His Apostles. The entire liturgy of the Church is derived from this simple meal at which Our Lord fulfilled the Jewish Passover by instituting the Eucharistic sacrifice.

100 A.D. – The Jewish custom of reading Scripture on the Sabbath was soon added to the sacrificial meal. By the end of the first century, all the essential elements of the Mass were present: the Liturgy of the Word grew out of the reading of Scripture, and the Liturgy of the Eucharist from the breaking of the bread, blessings and prayers.

A diversity of practices grew up around the major ecclesiastical sees, such as Rome, Jerusalem, Constantinople and Antioch. This variety was always in non-essential things, however, while the essential core of the celebration, deriving from Christ Himself, remained unchanged.

270 A.D. – The liturgy was translated into Latin, the official language of the Roman Empire.

6th century – Pope Gregory the Great enacted large-scale liturgical reform, giving definitive wording to liturgical formulas and to the chants of the Mass, the latter of which came to be known as Gregorian chant. The Roman rite became gradually more widespread, replacing or assimilating local rites wherever it was introduced. For example, in the 8th century, Charlemagne made the Roman liturgy the official form of worship in his realm, and other rulers did the same.

9th to13th centuries – This was a time of great diversification in liturgical practice. Many dioceses and religious orders devised a variation of the Roman rite for use in their region or religious houses. Many poetic and dramatic elements were added to the liturgy.

The reforms of the Council of Trent:

16th Century – The Council of Trent standardized the celebration of worship by preparing and publishing definitive and official liturgical books, such as the Roman Missal, based on the ancient texts.

Liturgical reform took the form of a “liturgical movement” at the beginning of the century, culminating in the reforms of the Second Vatican Council.