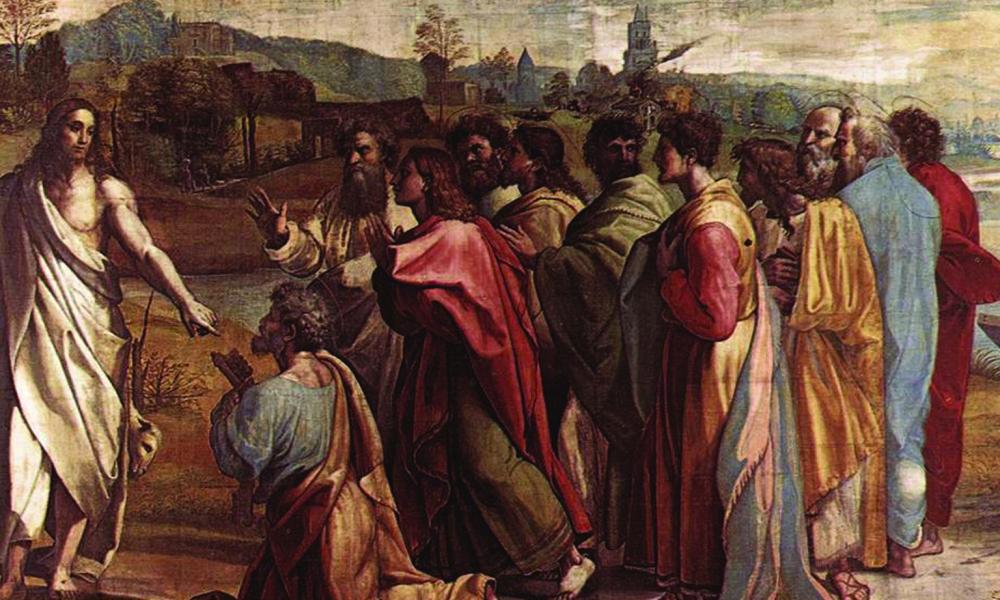 Vatican II Part 5: Looking at the Church a visible and invisible reality

The Dogmatic Constitution of the Church, Lumen Gentium, is an invitation to all members of the Church to awaken to the mystery of the Church and to more deeply understand their individual roles in this mystery.

What benefit comes from reflecting on the nature and mission of the Church? What does this have to do with the daily challenges that are part and parcel of living one’s Catholic faith authentically?

Before answering these questions, it is fitting to take a closer look at Chapter 1 of Lumen Gentium and reflect on the reality of the Church as a mystery. Mystery, from the Greek mysterion, meaning something hidden or secret, can be compared to that of a vast ocean. Standing on the shore, one sees the visible surface of the ocean, but the great depths are hidden and unfathomable to the beholder. In other words, there is more to the Church than meets the eye! The Council Fathers reaffirm the constant teaching from Scripture and Tradition that the one, holy, Catholic and apostolic Church to which one becomes a member at baptism is at the same time both a ‘visible assembly’ and a ‘spiritual community’ – an “earthly Church and a Church enriched with heavenly things.” (LG 8) The Church has both human and divine elements.

The lens with which one views the Church affects one’s receptivity to her teachings. When one loses sight of the fact that the Church is a mystery, there is a tendency to see the Church in one of two erroneous ways. The first is to view the Church in strictly human terms, reducing her to the likeness of any other corporate institution. The other extreme is to ‘spiritualize’ the Church, which downplays the role of worshipping with an assembled Church community and other visible structures such as the hierarchy. Lumen Gentium is a powerful reminder to Catholics that the Church is a holy society, with necessary, visible structures that were instituted by Christ Himself.

Over the course of history, by reason of the fact that the Church is a mystery, scholars have used Scriptural images such as the mystical body, sheepfold and cultivated field, as a means to meditate on the nature of the Church. The principal biblical image incorporated into Lumen Gentium by the Vatican II Council Fathers is the Church as the ‘People of God,’ from 1 Peter 2:9-10. Chapter 2 of Lumen Gentium presents the Church as a body composed of members whose various vocations are God-given, interrelated and complementary. “All men and women are called to belong to the new people of God.” (LG 13) The ‘People of God’ includes the laity, religious and hierarchy – bishops, priests, and deacons. Each participates in the mission of the Church and in Christ’s priestly, prophetic and kingly offices in different ways according to their vocation. Other chapters of Lumen Gentium serve to reflect more particularly on each of these vocations: Chapter 3 – members of the hierarchy, especially bishops; Chapter 4 – the laity; and Chapter 6 – religious life.

A related emphasis of Lumen Gentium is understanding the Church as a communion with Jesus Christ. Communion with Jesus Christ is, in fact, the deepest vocation of the Church. (LG 51) In Jesus Christ, all the members of the People of God are in communion with one another in their various vocations. Special attention is given in Lumen Gentium to the particular way that bishops exist in communion with one another for the good of the Church. The Church is not a democracy or a monarchy, but has a unique, divinely instituted manner of exercising authority through her bishops united to the pope. The exercise of such authority is called collegiality. As the Catechism states, “The college or body of bishops has no authority unless united with the Roman pontiff as its head.” (CCC 883, cf. LG 22) This collegial character is expressed most solemnly when the bishops gather for an ecumenical council, but also during synods of bishops and through the work of bishops” conferences.

Prior to Vatican II, a common misconception was prevalent among Catholics that only the “priests and the sisters” could become holy, or at least they are the only ones who were obliged to actually strive to live a holy life. However, Chapter 5 of Lumen Gentium clarifies that “in the Church, everyone, whether belonging to the hierarchy, or being cared for by it, is called to holiness.” (LG 39) “All the faithful of Christ are invited to strive for the holiness and perfection of their own proper state. Indeed they have an obligation to so strive.” (LG 42)

When you begin to view your vocation in the Church as a part of a mystery, you begin to recognize that simply ‘going to church’ is not enough of a response to such a profound call. Being a Catholic involves much more than that, and encompasses the whole of one’s life. Lumen Gentium is a startling invitation to all of the People of God, with different vocations, to recognize and embrace the beauty of our participation in the mission of the Church.

The single best way to really grasp the teachings of the Second Vatican Council is to read the documents. Log onto the Vatican’s Web site: www.vatican.va/archive/

The following images of the Church outlined in Lumen Gentium are all ‘variations’ on the central theme of the People of God.

Here is a list of some Vatican II conciliar documents which aim at focusing on certain topics and vocations related to the Church, discussed in Lumen Gentium:

Christus Dominus: Decree on the Pastoral Office of Bishops in the Church on the particular vocation of bishops in shepherding the flock of Christ

Presbyterorum Ordinis: Decree on the Ministry and Life of Priests on the nature and richness of the ministerial priesthood

Optatam Totius: Decree on the Training of Priests on the preparation and formation of seminarians

Perfectae Caritatis: Decree on the Up-to-Date Renewal of Religious Life on the renewal of religious life – e.g. nuns, sisters and religious priests

Apostolicam Actuositatem: Decree on the Apostolate of Lay People on the indispensible role of the laity in the life of the Church

Ad Gentes: Decree on the Church’s Missionary Activity on the universal plan of God for the salvation of humanity, and how it concerns you

Unitatis Redintegratio: Decree on Ecumenism on the principles of ecumenism with baptized Christians who are non-Catholic

Who are the People of God?

Let us look to the document Lumen Gentium for clarity into the distinct identity and mission of the various members of the ‘People of God.’

Pope: The pope is the successor of St. Peter, the head or leader of the Apostles. He is the vicar of Christ on earth and is the visible head of the Church. “The Roman Pontiff ... is the perpetual and visible source and foundation of the unity of both the bishops and of the whole company of the faithful ... (He) has full, supreme and universal power over the whole Church.” (LG 22-23)

Bishops: The successors of the Apostles, “the bishops receive the charge of the community, presiding in God’s stead over the flock of which they are the shepherds in that they are teachers of doctrine, ministers of sacred worship and holders of office in government.” (LG 20)

Priests: Co-workers with the bishops, “priests are consecrated in order to preach the Gospel, and shepherd the faithful as well as to celebrate divine worship as true priest of the New Testament ...” (LG 28)

Deacons: Co-workers with bishops and priests, deacons assist at Mass, bless marriages, proclaim the Gospel, baptize, preside over funerals and perform other tasks. The permanent diaconate, which can be conferred on married men, was restored at Vatican II. (cf. LG 29)

Laity: The laity are the baptized who “in their own way share the priestly, prophetic and kingly office of Christ. ... All the faithful except those in Holy Orders and those who belong to a religious state approved by the Church are the laity.” (LG 31)

Religious: “Religious have the duty of working for the implanting and strengthening of the kingdom of Christ in souls and for spreading it to the four corners of the earth. ... Christ proposed to His disciples this form of life, which He, as the Son of God, accepted in entering this world to do the will of the Father.” (LG 44)