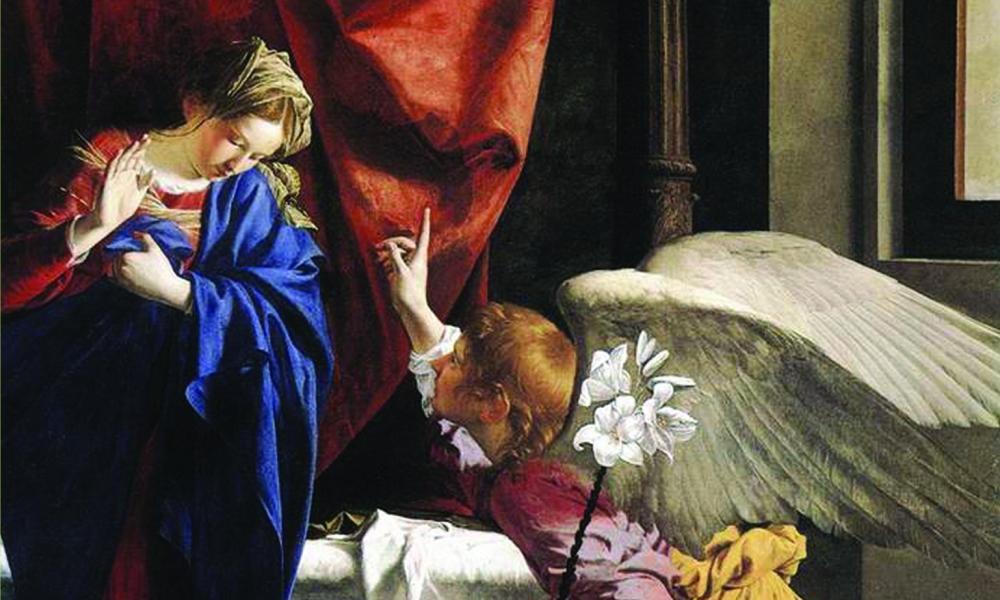 A Series on Vatican II

Lumen Gentium (The Dogmatic Constitution of the Church) aims at leading all the faithful to reflect more fully on the Church’s nature and universal mission. For Part I of our consideration of this important Vatican II document, we will focus on the mystery of the communion of saints, and specifically on the role of Mary.

Lumen Gentium Part 1: Mary, Mother of the People of God

The day Lumen Gentium was promulgated, Pope Paul VI declared "Mary, Mother of the Church" as an official title for Our Lady. He hoped that the title - which actually had been used to refer to Mary since the 12th century - would promote greater devotion and recourse of the faithful to invoke the Blessed Virgin’s aid as our mother. During the month of May, which is dedicated to Our Lady, we pray in a special way for her protection and guidance of the Church and all her children.

The Church is a mystery. It is a reality imbued with the hidden presence of God. It lies hidden within the very nature of the Church to be always open to new and ever greater exploration." These words, stated by Pope Paul VI in his opening address to the second session of Vatican II, capture the very heart of one of the central documents of the Council: The Dogmatic Constitution on the Church. This pivotal document, also known by its Latin name, Lumen Gentium, aims at leading all the faithful to reflect more fully on the Church’s "nature and universal mission." (LG 1)

For Part I of our consideration of Lumen Gentium, we will focus on the mystery of the communion of saints, and specifically on the role of Mary. The Catechism explains that there are three states of the Church: the visible members on earth, the souls being purified in purgatory and the souls in heaven enjoying the beatific vision. (CCC 954) It is the constant teaching of the Church that a unity exists among believers in Christ, characterized by a sharing of spiritual goods. This is the basis of seeking the intercession of the saints and taking them as models for living out one's own faith, for by their fraternal concern is our weakness greatly helped." (LG 49)

In writing Lumen Gentium, the Council Fathers of Vatican II understood well that "Mary’s role in the Church is inseparable from her union with Christ and flows directly from it." (CCC 964, LG 57)

There was considerable debate about whether Mary should be discussed in an entirely separate document, or whether she should be included in the document on the Church. The Holy Spirit guided the Council Fathers to decide to emphasize Mary’s role as a pre-eminent member of the Church. In placing the chapter on Mary in the document, the Council Fathers wished to communicate to the faithful that she is the Model of the Church and "unites and mirrors within herself the central truths of the faith." (67)

Among the principal aims of Lumen Gentium was to "describe with diligence both the role of the Blessed Virgin in the mystery of the Incarnate Word and the Mystical Body." (54) In continuity with Church teaching over the ages, the document reaffirms the integral role, willed by God, of Mary as Mother of Christ. "Embracing God’s salvific will with a full heart and impeded by no sin, she devoted herself totally as a handmaid of the Lord to the person and work of her Son, under Him and with Him, by the grace of almighty God, serving the mystery of redemption." (56)

Mary and the work of redemption

Lumen Gentium states that it pleased God not only to place Mary at Christ’s side throughout His life as mother, but also that He willed for Mary to participate in Christ’s work of redemption. This unique share in Christ’s redemptive work climaxed at the foot of the Cross. At Calvary, Mary "faithfully persevered in her union with her Son unto the cross, where she stood, in keeping with the divine plan, grieving exceedingly with her only begotten Son, uniting herself with a maternal heart with His sacrifice, and lovingly consenting to the immolation of this Victim which she herself had brought forth." (59) By uniting herself with Christ’s sacrifice and offering Christ and her own sufferings in union with those of her Son, Mary participated in the very act of bringing supernatural life to souls.

Mary, Mother of the Church

"Woman, behold thy son." (John 19:26) These words, spoken by Christ to Mary are significant for all members of the Church today. Before breathing His last, Jesus entrusted each of His children whom He was dying to redeem, represented by John, to the care of His mother.  Mary was and is the mother of Christ in the order of nature, and the mother of all members of the People of God, in the order of grace. (cf. Rev 12:17)

"Behold Thy Mother." (John 19:27) From His words on the cross, it is clear that Jesus wills for each of His children to not only esteem, but to have a special relationship to Mary, as spiritual mother. By honoring Mary, the  "duties of redeemed mankind toward the Mother of God, who is mother of Christ and mother of men, particularly of the faithful" are fulfilled. (54)

The single best way to really grasp the teachings of the Second Vatican Council is to read the documents. Log onto the Vatican’s Web site: www.vatican.va/archive/

No. Although Mary is honored as the mother of Jesus, we adore and worship God alone. Latria: adoration or worship - is owed to God because of His divinity and infinite majesty. To the saints and angels, we offer dulia: veneration and reverence - because of their relation to God and their participation in the beatific vision. To acknowledge Mary’s unique and important role in salvation history as the Theotokos: the Mother of God. We offer her the highest form of veneration: hyperdulia. However, the line between our devotion to Mary and the worship of God remains distinct.

Jesus loved, honored and obeyed His mother while on earth. As He was dying on the cross, He gave her to us as our own mother. Mary’s motherhood of mankind "in no way obscures or diminishes the unique mediation of Christ, but rather shows its power" (LG 60) Mary never takes the place of her Son, but brings us to Him in the quickest and surest way. All properly ordered devotion to Mary is always Christ-centered.

The truth about Mary

1 She is Mother of God - Because Mary gave birth to the second person of the Blessed Trinity made flesh, she is truly the ’Mother of God.’

2 She is Ever Virgin - Mary remained a virgin, before, during and after the birth of Jesus.

3 She is the Immaculate Conception - Mary was immaculately conceived in the womb of her Mother. She was preserved from the stain of original sin from the very moment of her conception. This does not mean that Mary had no need of redemption, but rather that she was redeemed in a wholly unique fashion.

4 Mary was assumed into heaven - At the end of her life on earth, Mary was taken up into heaven, body and soul, where she continually intercedes with her Son for us.

Lumen Gentium calls Mary the "pre-eminent member of the Church" and its "type and model" in faith and charity. But what exactly do these words mean?

Type: a person or event that, while retaining its own value, also points to something else. Its function is to prepare or prefigure what is to come. There are many ’types’ in Scripture. Mary is a type of the Church because in her person and in her role in God’s plan she shows us all that the Church is and does. (LG 64)

Model: someone or something that is to be imitated. Some Catholics reject Mary’s assistance, seeing her perfection as an unattainable standard. Yet, it is precisely because Mary is a human creature like us that she is able to help us so much! Mary always leads us to her Son. She is the model of all virtues, and by her perfect faith and loving union with Christ she teaches us how to imitate Him and to seek His will in all things.