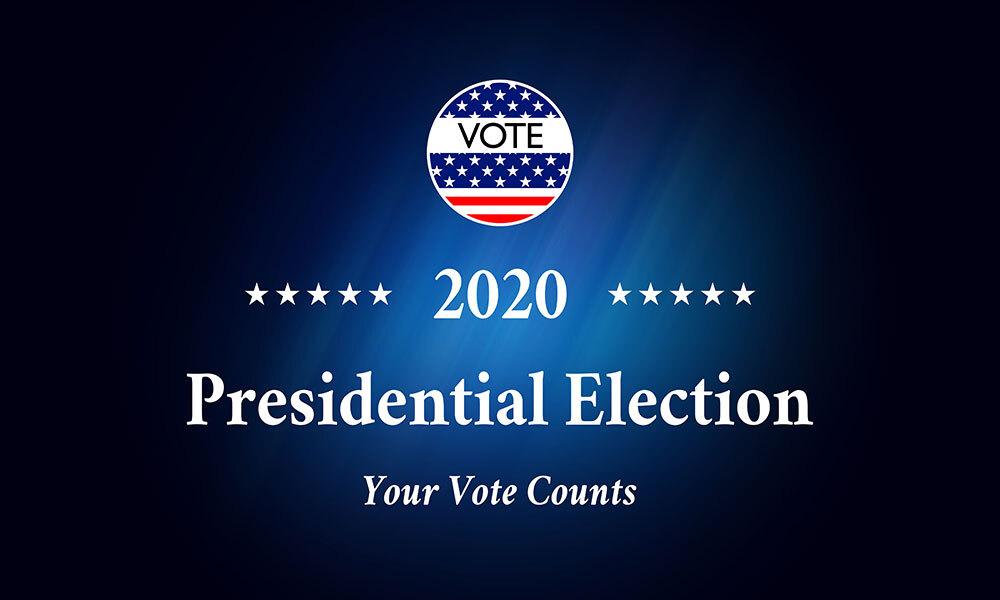 As we prepare for an intensely contested presidential election, Catholics must draw on moral principles and the teaching of the Church to guide their decision about the candidate for whom they will vote.

Although Catholics comprise more than 20 percent of the population, their voting behavior is not unified. In fact, one of the characteristics of modern U.S. Catholic culture appears to be a tendency to interpret and judge Catholicism through the lens of various ideologies rather through the lens of Catholic teaching. This has resulted in a fragmented and compartmentalized Catholicism that stands in stark contrast to a Catholic worldview that calls followers to communion.

There are a number of issues and behaviors that are important as we move further into the election season.

Political discussions, while always contentious, have been characterized increasingly by online arguments that do no credit to those who engage in them, and have prompted the U.S. Catholic Bishops, and notably, Bishop Robert Barron, to speak out on the importance of civility in our discourse with one another. Bishop Barron stated, “I understand that people are passionate, especially about religious matters, but when it comes to this commentary we always must keep truth and love in the forefront … I must admit the vitriol, negativity, personal attacks, and outright calumny that come regularly from self-professed Catholics is dismaying and disedifying in the extreme.”

In promoting the use of the Civilize it –Dignity Beyond the Debate initiative, the bishops call on all Catholics to actively work to counter the divisiveness that currently permeates U.S. society. “At all levels of society, we are aware of a great need for leadership that models love for righteousness (Wisdom 1:1) as well as the virtues of justice, prudence, courage, and temperance. Our commitment as people of faith to imitate Christ’s love and compassion should challenge us to serve as models of civil dialogue, especially in a context where discourse is eroding at all levels of society. Where we live, work, and worship, we strive to understand before seeking to be understood, to treat with respect those with whom we disagree, to dismantle stereotypes, and to build productive conversation in place of vitriol.”

How do voters choose a candidate?

The United States Conference of Catholic Bishops (USCCB), in Forming Consciences for Faithful Citizenship, affirms that, as citizens, “we should be guided more by our moral convictions than by our attachment to a political party or interest group. When necessary, our participation should help transform the party to which we belong; we should not let the party transform us in such a way that we neglect or deny fundamental moral truths or approve intrinsically evil acts. We are called to bring together our principles and our political choices, our values and our votes, to help build a civilization of truth and love.”

The bishops state, “Our purpose is to help Catholics form their consciences in accordance with God’s truth. We recognize that the responsibility to make choices in political life rests with each individual in light of a properly formed conscience, and that participation goes well beyond casting a vote in a particular election.”

Four questions to ask before voting:

Should Catholics bother voting at all?

The Catechism of the Catholic Church (CCC) states that the Catholic faithful have an obligation to participate in promoting the common good.  While this participation begins first and foremost in taking charge of a person’s own areas of personal responsibility, Catholic citizens “should take an active part in public life.”

The USCCB echoes the Catechism in labeling responsible citizenship a virtue and explicitly calling participation in political life a moral obligation. This obligation finds its root in the “baptismal commitment to follow Jesus Christ and to bear Christian witness in all we do.”

What the Church says about some of the critical issues in this election:

The Importance and Dignity of Life

In a new introductory letter to Forming Consciences for Faithful Citizenship, the bishops declare respect for the dignity of human life the highest priority for Catholic citizens. They voted overwhelmingly in November of 2019 to reinforce this message prior to the 2020 election, emphasizing the importance of protecting the unborn. “The threat of abortion remains our preeminent priority because it directly attacks life itself, because it takes place within the sanctuary of the family, and because of the number of lives destroyed. At the same time, we cannot dismiss or ignore other serious threats to human life and dignity such as racism, the environmental crisis, poverty and the death penalty.

The bishops teach us that, “The Catholic Church proclaims that human life is sacred and that the dignity of the human person is the foundation of a moral vision for society. This belief is the foundation of all the principles of our social teaching. In our society, human life is under direct attack from abortion and euthanasia. The value of human life is being threatened by cloning, embryonic stem cell research, and the use of the death penalty. The intentional targeting of civilians in war or terrorist attacks is always wrong. Catholic teaching also calls on us to work to avoid war. Nations must protect the right to life by finding increasingly effective ways to prevent conflicts and resolve them by peaceful means. We believe that every person is precious, that people are more important than things, and that the measure of every institution is whether it threatens or enhances the life and dignity of the human person.”

The Catholic Church has condemned racism, and the U.S. bishops have addressed it particularly in their letter, Open Wide our Hearts. In it, they state,

“...racism still profoundly affects our culture, and it has no place in the Christian heart. This evil causes great harm to its victims, and it corrupts the souls of those who harbor racist or prejudicial thoughts. The persistence of the evil of racism is why we are writing this letter now.”

The entire text of the letter provides an explanation of Catholic teaching on racism and can be found here: https://www.usccb.org/issues-and-action/human-life-and-dignity/racism/upload/open-wide-our-hearts.pdf

Archbishop Gomez, president of the USCCB, said this in response to the killing of George Floyd and the subsequent unrest, “We should all understand that the protests we are seeing in our cities reflect the justified frustration and anger of millions of our brothers and sisters who even today experience humiliation, indignity, and unequal opportunity only because of their race or the color of their skin. It should not be this way in America. Racism has been tolerated for far too long in our way of life.

It is true what Rev. Martin Luther King, Jr. said, that riots are the language of the unheard. We should be doing a lot of listening right now. This time, we should not fail to hear what people are saying through their pain. We need to finally root out the racial injustice that still infects too many areas of American society.

But the violence of recent nights is self-destructive and self-defeating. Nothing is gained by violence and so much is lost. Let us keep our eyes on the prize of true and lasting change.

Legitimate protests should not be exploited by persons who have different values and agendas. Burning and looting communities, ruining the livelihoods of our neighbors, does not advance the cause of racial equality and human dignity.

We should not let it be said that George Floyd died for no reason. We should honor the sacrifice of his life by removing racism and hate from our hearts and renewing our commitment to fulfill our nation’s sacred promise — to be a beloved community of life, liberty, and equality for all."

Speaking on behalf of the bishops, Archbishop Gomez, president of the USCCB, said, "I am deeply concerned that the U.S. Supreme Court has effectively redefined the legal meaning of ‘sex’ in our nation’s civil rights law. This is an injustice that will have implications in many areas of life.

By erasing the beautiful differences and complementary relationship between man and woman, we ignore the glory of God’s creation and harm the human family, the first building block of society. Our sex, whether we are male or female, is part of God’s plan for creation and for our lives. As Pope Francis has taught with such sensitivity, to live in the truth with God’s intended gifts in our lives requires that we receive our bodily and sexual identity with gratitude from our Creator. No one can find true happiness by pursuing a path that is contrary to God’s plan.

Every human person is made in the image and likeness of God and, without exception, must be treated with dignity, compassion, and respect. Protecting our neighbors from unjust discrimination does not require redefining human nature.”

Five new videos were created to present the teaching of Forming Consciences for Faithful Citizenship. At their release, Archbishop José H. Gomez of Los Angeles, president of the USCCB announced, “The bishops of the U.S. invite all Catholics to bring their faith into the public square. Political engagement and participation are important ways that together, we can work to protect the unborn, welcome immigrants, bring justice to victims of racism and religious intolerance, support families, accompany those experiencing poverty, and advocate on behalf of all who are vulnerable. As we enter an election year, these Faithful Citizenship videos are meant to help the faithful reflect on this call, and we hope they will be widely shared.” The five videos are available in English, Spanish, Tagalog and Vietnamese on the USCCB’s YouTube channel.

Thank you for inviting each of us to join in your work
of building the kingdom of love, justice, and peace.

Draw us close to you in prayer
as we discern your call in our families and communities.

Send us forth to encounter all whom you love:
those not yet born, those in poverty, those in need of welcome.

Inspire us to respond to the call to faithful citizenship,
during election season and beyond.

Help us to imitate your charity and compassion
and to serve as models of loving dialogue.

Teach us to treat others with respect,
even when we disagree, and seek to share your love and mercy.

We ask this through Jesus Christ our Lord, who lives and reigns with you
in the unity of the Holy Spirit, one God forever and ever. Amen

The Civilize It Pledge: https://www.wearesaltandlight.org/civilize-it

To recognize the human dignity of those with whom I disagree, treat others with respect, and rise above attacks when directed at me.

To root my political viewpoints in the Gospel and a well formed conscience, which involves prayer, conversation, study and listening. I will stand up for my convictions and speak out when I witness language that disparages others' dignity, while also listening and seeking to understand others’ experiences.

To encounter others with a tone and posture which affirms that I honor the dignity of others and invites others to do the same. I will presume others’ best intentions and listen to their stories with empathy.  I will strive to understand before seeking to be understood.