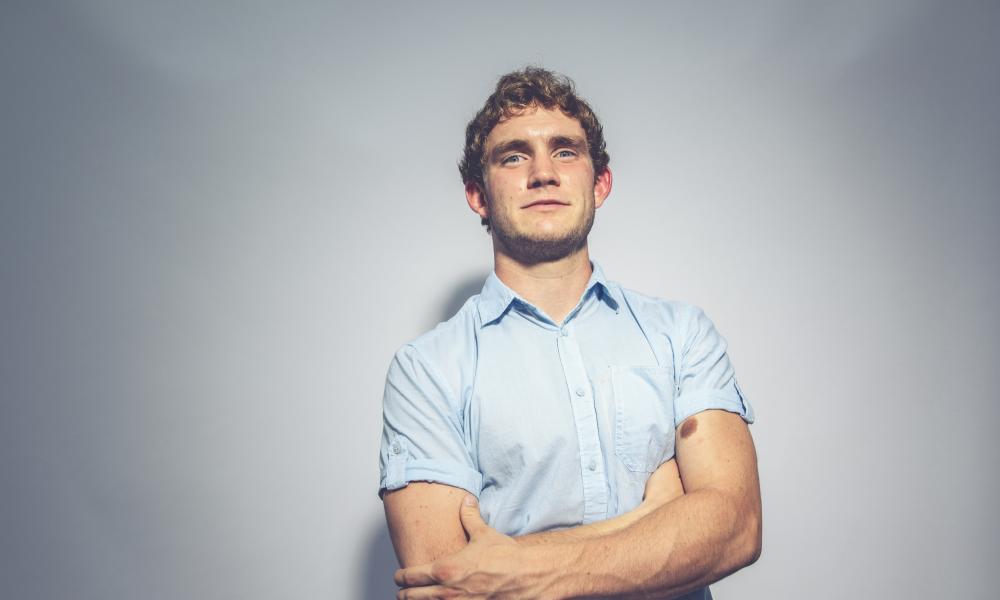 There’s so much more to being Catholic

“Before I went on the mission trip, I was just one of those Catholics that goes through the motions, that kind of thing. Going to that trip and coming back the first time was like, ‘There’s so much more to being Catholic.’”

Brendan Hagan should know. This summer was his fifth mission trip to Kentucky.

“We go down there every year, and we build handicap ramps for the most part,” Brendan explained. His love of mission trips grew out of a family tradition. “The first time I got into mission trips was through my church obviously, and my dad and my older brothers. My dad took my older brothers on a mission trip … and the next year I was just like, ‘Hey, I want in on this.’”

Brendan has grown as a disciple since that first trip with his dad and brothers. And this year, he tackled a new role as a member of the mission trip’s Core Team. “It was a lot different than last year … I had a lot more responsibilities,” says Brendan. But Brendan says no one benefited from the trip more than him and his Core members, citing an especially powerful prayer time that propelled the entire mission trip group.

“We prayed over each and every person that was on the trip, even the adults. And we just kind of prayed together … for the Holy Spirit to come and help us out and tell us what to say. We just called everyone up one by one and we all said something and prayed for them – it was great.”

Brendan says the impact of that prayer time was instrumental to the success of the trip as a whole. “It affected, you could see the next day, everyone was coming up to us and you could see it in their eyes and they were just so happy, and [saying], ‘That was so cool, we have to do that next year.’”

The prayer session was especially intense for Brendan and his fellow leaders.

“When everyone else was done and it was just the Core Team … it was like 1:00 in the morning by then, so we were all like laying on the altar like just trying to grab a toe or something, just praying over each other and just having a great time.”

Mission trips have helped Brendan to see the true value of his faith. And when it comes to bringing that faith home with him, Brendan has two strategies: the buddy system and reading his Bible.

“You gotta reach out, surround yourself with one, two or three people who are on the same page as you,” Brendan advises. “If you don’t, you’re going to be eaten up and surrounded by the world, build up anxiety and all those things and you’ll forget about it.” On reading his Bible, “That’s what He uses to speak to me,” Brendan says.

Experience with new leadership and spiritual growth has pushed Brendan forward to seek more in his journey as a disciple. His goals are to keep getting involved in small things at his church and to compel others to work with him and branch out. Brendan’s next step in discipleship is as a member of the Jamboree planning committee. To prepare for this role, he attended the Diocesan Youth Leadership Camp (DYLC).

“It’s [the DYLC] like a week-long camp of Jesus and awesomeness, and you just build a family there,” Brendan says. “Get some more people to follow the Lord.” Brendan says the training was focused on developing personal discipleship and using that quality to lead others on their journey to Jesus. “Never forget,” Brendan says, “He always forgives and He’s always there. It’s just an awesome experience.”

In addition to growing as a disciple of God, Brendan says one of the most important things he has gained from his experience in mission trips and youth leadership are the relationships he’s developed with his fellow disciples. “Those are the people I call at 4:00 in the morning … It’s one of those relationships where you know they’re always going to be there, even though you may not have that day-to-day contact. It’s just one of those things like whatever I’m doing, I’m dropping it and I’ve got your back.”

These relationships have helped Brendan live the values of the mission trips and understand what it is he needs to pass on to new participants as a leader. “I want them to take away that God is the important one. He is the reason for the trip and all of the happiness and the glory that comes from it. I want them to take away that He's always there and He’s the reason that you’re doing what you’re doing. All that work you do is for His glory, not your own.”

Tips for going on a mission trip:

Tips if you can’t go on a mission trip:

For more information on youth ministry and options for summer youth experiences in the Diocese of Lansing, contact Pat Rinker at 517-342-2485 or visit: www.dioceseoflansing.org/youth_ministry