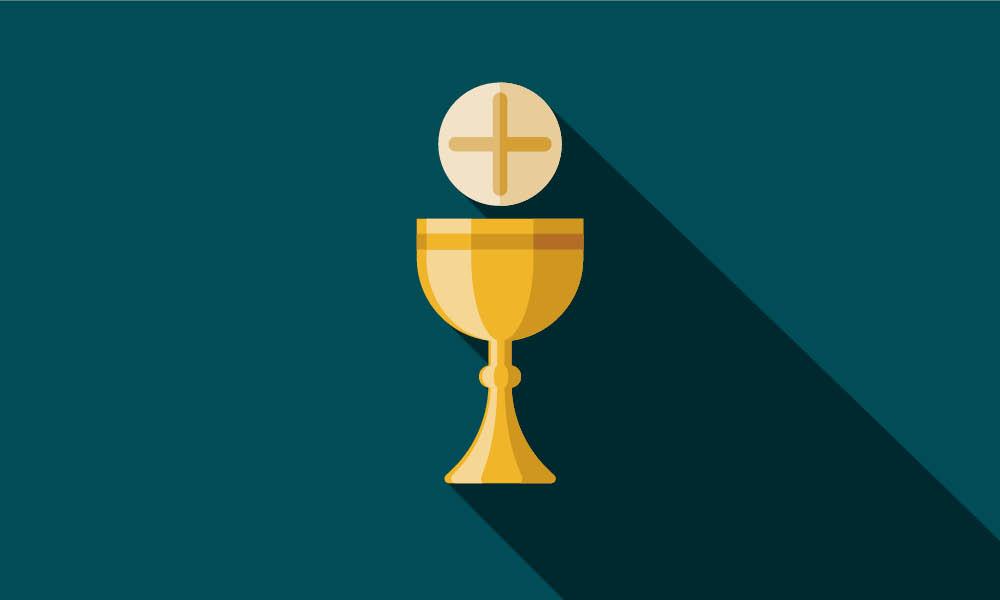 In Thanksgiving for the Gift of the Eucharist

That Thursday night at table before the crucifixion of Jesus is what we call the Last Supper. Jesus told us to do this in memory of him. Yet, we do not sit down to a dinner with lamb and herbs and other special dishes. Rather, we use only the bread and wine parts of that meal. The liturgical historian Joseph Jungmann comments:

“The fundamental element is the thanksgiving prayer over the bread and wine. The liturgy of the Mass was derived from the thanksgiving prayer after the meal on that last evening, not from the meal itself, which was held to be so inessential and so easily detachable that it quickly died out in the early Church … What the Church celebrates in the Mass is not the Last Supper; no, it is what the Lord instituted in the course of the Last Supper and entrusted to the Church: the memorial of his sacrificial death.” (Messe im Gottesvolk, p. 24)

What is even more extraordinary is that we do not celebrate this on Thursday evenings, but rather on Sundays. What is at work here in these changes?

First, we have taken Jesus’ command to do again what he did to refer only to those parts of the ritual meal that dealt with the bread and wine becoming his body and blood. Everything else has been cut out. Instead, early on what was added was the reading of and reflection on the word of God, the Scripture, as well as prayers for diverse needs. It seems very probable that this came from a merging with the synagogue service in which many early Christians participated.

But more importantly, this all got shifted to Sunday. That original meal, which the Apostles thought was just a ritual meal with some peculiar add-ons by Jesus, soon become something else entirely.

That weekend, the Apostles and other followers of Jesus saw their Messiah Lord brutalized, executed by the Romans, buried in a grave before Sabbath began, and then suddenly appearing to them in the Upper Room, resurrected from the dead.

It took the outpouring of the Holy Spirit and a lot of prayerful reflection to see that all this had to happen as it did, and to see the incredible grace and love of the Father manifested in the suffering and rising of his Son. What had been a horrible weekend became a time to give thanks – thanks for salvation, thanks for freedom from sin, thanks for grace and the opening of heaven.

Jesus had given thanks to the Father and said the blessing over the bread and wine at that Last Supper. He was, in essence, offering himself in sacrifice to the Father and thanking the Father for this great gift of his upcoming suffering and death, which was now poured forth in blessing into those elements of bread and wine so that they became for us his body and blood. After the Good News of the risen Christ manifested on Easter Sunday, the Apostles realized that what Jesus had given them was a Eucharist, a Thanksgiving event to be carried out continually until the end of the ages.

Sisters and brothers, as we enter our churches for Mass each Sunday, we are there to give thanks, to echo Jesus’ thanks to the Father for this love and providence in bringing about the defeat of Satan and the renewal of the earth, and to give thanks for the abiding gift of this now completely new way of celebrating the Supper of the Lamb. Let us join to this weekly gathering all the other thanksgivings we can muster for any other graces we have received during the previous week.