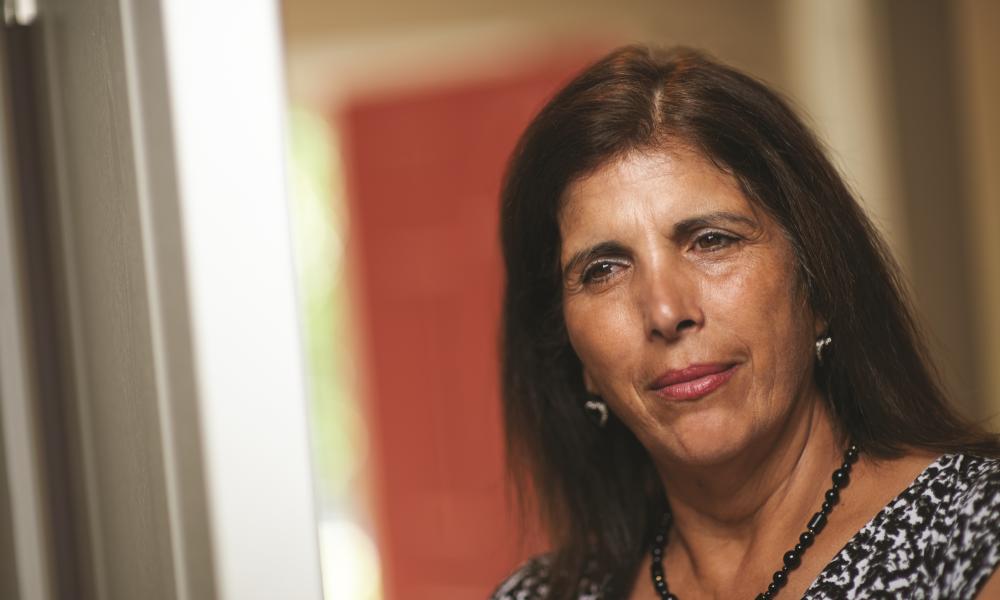 Growing up in Ramallah, a city in the Palestinian territories that sits about 10 miles from Jerusalem, Terry Ahwal witnessed one atrocity after another.

A Palestinian Christian, Terry was born in 1956, and at the time, the city was 95 percent Christian; however the number of Christians has decreased drastically.

Terry lived under the Israeli occupation, which was a “horrible occupation to say the least,” she says. Over time, Palestinian families, including Terry’s, were, in a way, forced to leave – whether it was due to financial strain or restriction by the Israeli government.

According to Terry, as a child, her father was beaten in front of her by Israeli forces, her cousin was burned alive and her childhood friend’s skull was crushed at 10 years old. Terry also says she witnessed a man being assassinated while on her way to buy candy when she was 10.

After the Israeli occupation in 1967, the only normalcy Terry had in her life was the Catholic Church, even among the chaos, the killings and the beatings. Terry attended a Catholic school and said that in the middle of madness, the priests and nuns taught students how to love and to forgive, she said. The Church was the center of her universe, and Terry attributes every ounce of happiness she had to the clergy giving her an anchor “when normalcy was unattainable.”

Terry took on an activist role when she was 14; her parents, knowing people who had been jailed for protesting the Israeli regime, sent Terry and her 15-year-old sister to the U.S. to live with her uncle in Livonia. Her parents immigrated two years later with the rest of her siblings.

A graduate of Livonia Public Schools, Terry studied public administration at the University of Michigan. She is currently the president of the American Federation of Ramallah Palestine.

The federation started as a magazine in 1952 as a way for the Ramallah community to stay in touch with each other. The organization has about 45,000 members, and Terry said they are all mostly related to each other.

“What binds us together is our origin. We all come from the city of Ramallah, and we all come from seven brothers. We traced our ancestry to the 1500s,” she says.

Through the federation, Terry has taken volunteers to Palestinian territories to work with the Church and the community. The last project completed was a garden in the city of Ramallah.

But when the Gaza conflict arose last year, Terry was banned by Israel from returning to her homeland for five years. Though she was taking a group of 17-27-year-olds to volunteer, meet Church leaders and visit the holy sites, she was accused of planning to create a ruckus in Gaza. Terry continues to with congressional members and the State Department to solve the issue.

As more and more Palestinians are banned from returning to their homelands, or restricted from visiting the holy sites, Terry believes that “for the first time in the history of Christianity … you may lose an indigenous Christian community in the Holy Land.”

“People say, ‘Well, why should I take your story versus their story?’ Don’t. Go see it. Go experience it. … Now, more than ever, the work of religion in the Holy Land is so important to keeping Christianity alive,” she says.