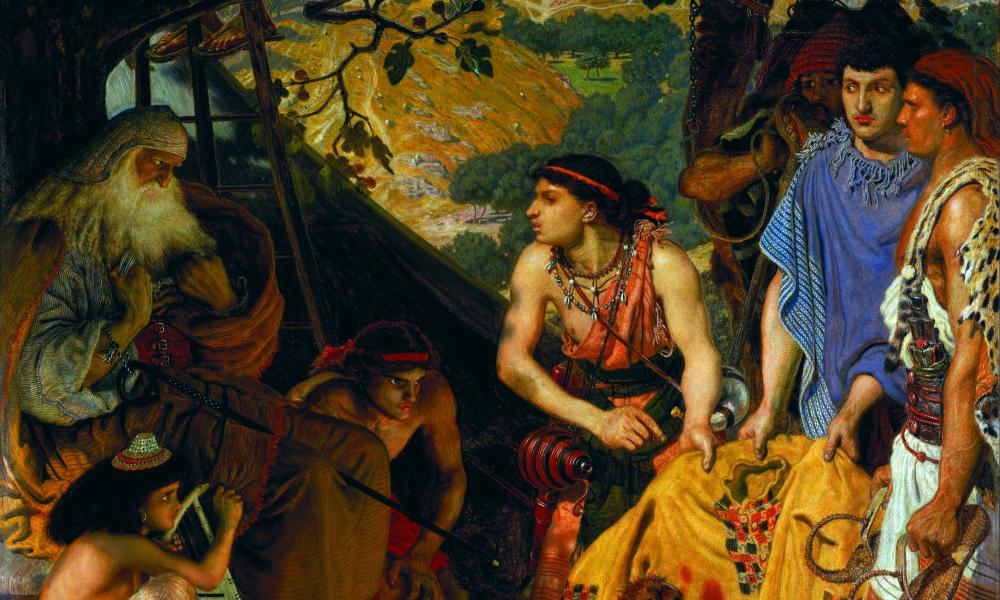 The Tenth Commandment: You shall not covet your neighbor’s goods

The “tenth word” of the Decalogue brings a close to the Ten Commandments by summarizing “all the precepts of the Law.” It unfolds and completes the Ninth Commandment, which warns us against the danger of lust. It contains the Seventh and Fifth Commandments because coveting the goods of another can lead to theft or violence. It also touches on the first three commandments because avarice is rooted in idolatry.

The Tenth Gift: You shall not covet your neighbor’s goods

Now, we all desire pleasant things that we do not have – and these desires are good in themselves. Further, there is nothing wrong with desiring to obtain things that belong to another, as long as we obtain them by just means. The problem comes when our desires exceed the limits of reason and “drive us to covet unjustly what is not ours and belongs to another or is owed to him [or her].” It is precisely this problem that the Tenth Commandment hopes to help us avoid.

Specifically, the Tenth Commandment forbids the capital sin of avarice, also known as greed or covetousness. Avarice refers to an excessive desire, or inordinate love, for wealth, status and power. It is characterized by a willingness to make the accumulation of these things the center of our lives, the purpose for which we alone live.

The dragon’s treasure: need versus greed

In Western culture, the mythical creature of the dragon is often portrayed as a hoarder of gold and jewels. The common image is of the dragon in a cave guarding a mountain of treasure. The irony should be clear: Why is the dragon so preoccupied with obtaining and protecting this treasure when it has absolutely no use for it? However, the dragon guarding its treasure speaks to our own tendency to misdiagnose or misidentify our true fundamental need. This misidentification is at the very heart of avarice.

Greed is produced from a mindset of lack. Through primarily comparison (real or imagined), our appetite for possessing something we lack is awakened. This was exactly the play of the serpent against our first parents in the garden. As we know, the serpent introduced the man and woman to lack through a comparison with God. By suggesting that God was a competitor who was keeping something back from them, the serpent convinced them that they their true need was in acquiring the knowledge of good and evil; in being equal to God in all things. What’s more, the serpent persuaded them that it was a need they could satisfy on their own. The rest is history.

Once we make this move, that is, we identify a supposed lack in our lives and then look to fill this lack on our own, we set in motion a vicious cycle. Avarice naturally tends to ever greater levels of expression. In other words, greed produces even more greed because we will never quite satisfy our need for wealth, status and power. Why?

Christianity teaches us that our true need, or our fundamental need, is not wealth, status and power. However, sin blinds us to this fact. Consequently, we vainly try to fill the emptiness in our hearts with ever greater amounts of things. And just like the dragon grows ferocious upon the approach of any would-be robber, we grow ever more ferocious when either real or perceived threats to our wealth, power and status are detected. Despite the ultimate emptiness of wealth, status and power, we become more intent on grasping and clinging to these precious jewels at all costs. The disorder of sin is thereby brought into full relief as the creature is fully substituted for creator.

The Tenth Commandment also forbids the deadly sin of envy. Envy shares a great deal with its close relative avarice, but there is a difference. Avarice cuts us off from our greatest good by attacking our relationship with God directly. It leads us to grasp for and cling to the things of this world, to our substituting the creature for the creator in a base form of idolatry. In contrast, envy attacks our relationship with God by targeting our relationships with our neighbors. Envy does not simply coax us toward the idolatry of avarice. It not only wants to possess that which it perceives the other to have, but it desires that the other be deprived of that which he or she has. As Aristotle wrote, envy is pain at the good fortune of others. Envy is resentful.

Humility, or meekness, also has a pivotal part to play in our combating these sins because of its disinclination towards resentment. Of course, humility is both a natural outgrowth of poverty of spirit and an essential ingredient for poverty of spirit. Only one who has emptied himself or herself of the demands of the ego can desire the best for one’s neighbor because such a desire requires a person to not put his or her own self with its demands as primary.

Bashan – In the Bible, Bashan is described as the kingdom of Og the Amorite, the most northerly part of the land east of the Jordan River. It runs basically from Mt. Hermon to Mt. Gilead. Famous for its oak trees, Bashan included the fertile, wooded slopes of Jebel ed-Druze, the rich plain of el-Chauran and the pasture lands of el-Jaulan. Because of this, the area was also home to many great cities. It was taken by the Israelites upon their defeat of Og.

In Hebrew, one of the meanings of Bashan is “smooth.” It can also mean “soft, fertile land.”