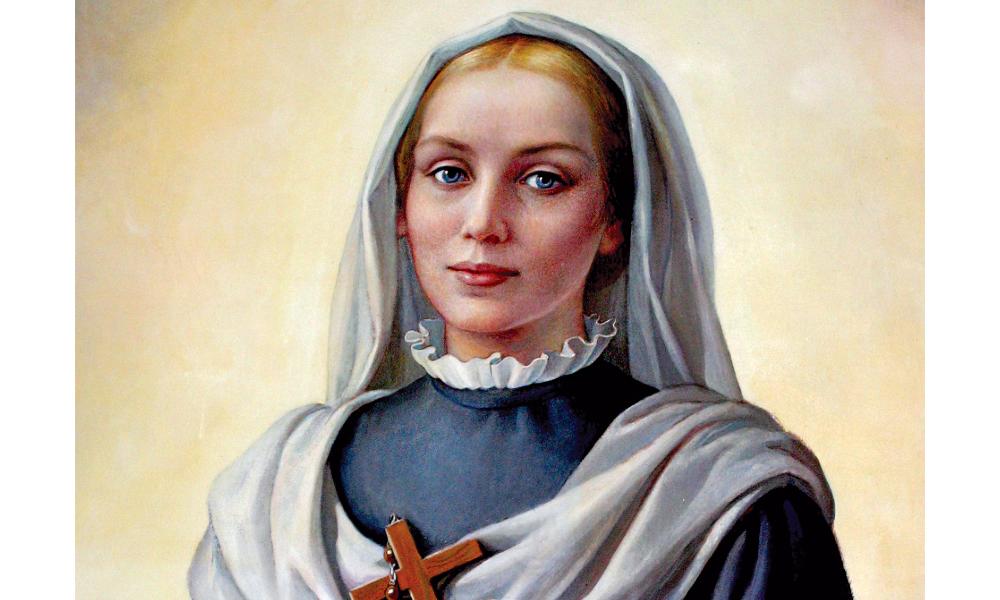 Virginia Centurione, born into a noble family in Genoa, Italy, in 1587, was forced into marriage at a young age, despite her wish to live a religious life. She had two daughters, Leila and Isabella. But her husband died when she was just 20 years old, which allowed her to devote her life to abandoned children and the needs of the elderly, the sick and the poor. Because of war in the region in 1624-25, many in her city were orphaned, hungry and unable to find work. St. Virginia was canonized in 2003 by St. John Paul II for her life’s work of pouring herself out in service to God and the needy who surrounded her.

To address the needs of the poor in Genoa, St. Virginia founded the Cento Signore della Misericordia Protettrici dei Poveri di Gesù, which translates as Hundred Ladies of Mercy, Protectors of the Poor of Jesus Christ. The title of the house refers to the young women who worked with St. Virginia and helped her care for the marginalized. She taught them life skills, and shared the Good News of the Gospel with them. When St. Virginia’s house was overcrowded with the needy during a plague and famine in 1630, she rented a vacant convent nearby and placed some of her patients there; she proceeded to build new housing, as well. By 1635, she was caring for 300 patients, and her “hospital” was officially recognized by the government. She spent her later years trying to keep the peace among noble households, and continuing her devotion to the poor.

St. Virginia is known for her quote: “When God is the only goal, all disagreements are smoothed out, all difficulties overcome.”