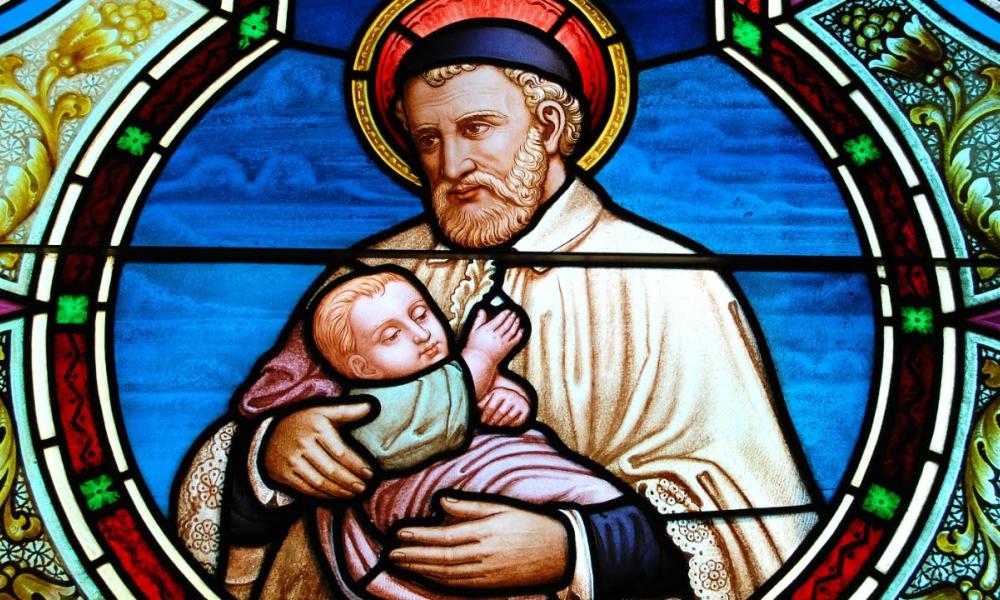 Patron of all Charitable Societies

In the late sixteenth century, although St. Vincent de Paul was initially attracted to the priesthood to acquire a comfortable life and retirement, he became a source of inspiration for those moved to compassion for the poor and sick. His preaching to peasants across France attracted donations from the wealthy that enabled him to build hospitals, homes for orphans and the elderly poor, and buy freedom for more than 1,200 galley slaves. Today, the Society of Saint Vincent de Paul cares for the poor in 132 countries.

Ordained at 19 in rural France, he continued his theological studies until he was sent to Paris to become chaplain for the wealthy Gondi family. Encouraged by Countess Gondi, he preached to the peasants on the estate and was moved by their plight. The countess convinced her husband to support Vincent and other missionaries to work among the poor in the surrounding areas. The Congregation of the Mission, or Vincentians, was born.

In 1617, he began working with the Daughters of Charity, a group of wealthy Paris women. In helping organize their relief efforts for victims of war and slavery, he established the Confraternity of Charity, a lay organization for social action.  With Saint Louise de Marillac, he established the Daughters of Charity of Saint Vincent de Paul, the first noncloistered religious order for women dedicated to charitable service. He accomplished what many consider the greatest work of charity of the seventeenth century – the building of an asylum that provided housing and useful work for 40,000 people.

A number of charitable societies inspired by the generosity of Vincent are known as the Vincentian Family. The Society of Saint Vincent de Paul was established in 1833 by Blessed Frederic Ozanam and French university students.

The story of St. Vincent provides another example of the surprising way that God touches hearts, changes plans and brings people together to serve one another.