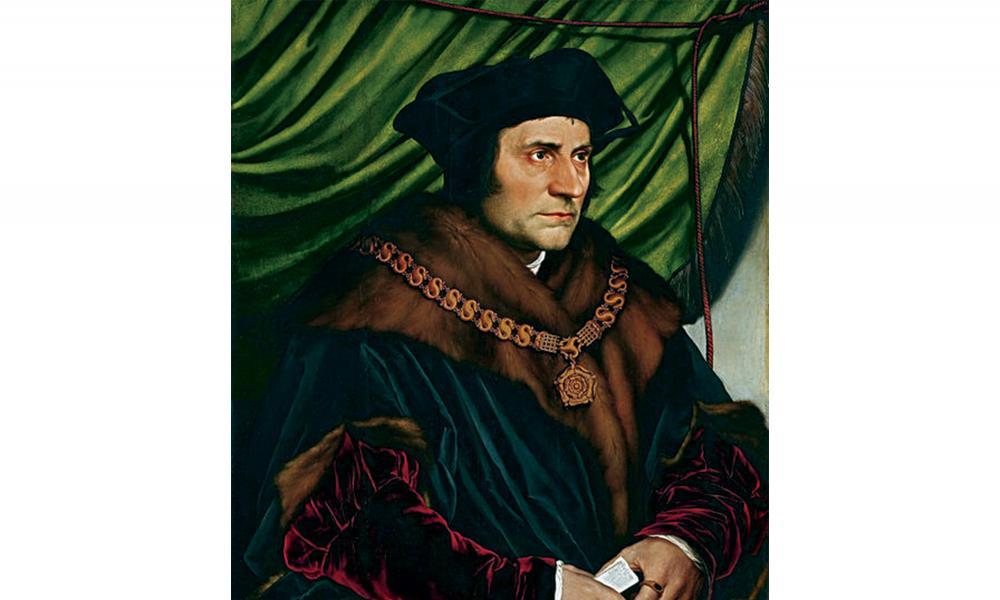 St. Thomas More: A Man for All Seasons

St. Thomas More was an educated man – a lawyer, husband, and father. He was known as being a statesman with great faith and high standards. He was appointed Lord Chancellor of England in 1529 by King Henry VIII. But three years later, Thomas More resigned this high post because of his opposition to Henry’s divorce to Catherine of Aragon in order to marry Anne Boleyn. He also refused to acknowledge Henry as the supreme head of the Church of England, which would mean breaking with Rome.

Although More was stripped of his wealth and holdings upon his resignation, and many people spoke against him, he continued to write in defense of the Church. When King Henry issued the Act of Succession, which declared himself the head of the Church of England, and required his subjects to take the Oath of Supremacy, More refused. He was imprisoned in the Tower of London, and convicted of treason after refusing to violate the law of God and his conscience. Even in prison, More kept his sense of humor, wrote letters to his family and engaged in prayerful meditation. He was beheaded in 1535.

He is the patron saint of lawyers and political leaders.