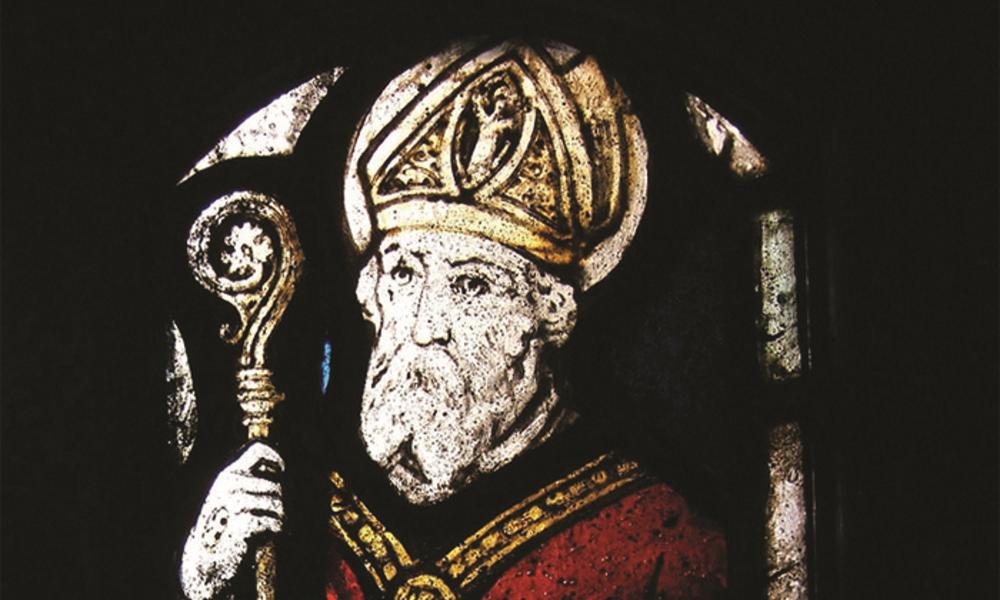 As the bishop of Smyrna in the second century, St. Polycarp (69-155) was one of the most important leaders of the early Church. Smyrna was an important city in Asia Minor because Christianity had taken root there very early on.

And how did Polycarp first hear the words of the Gospel of this new religion? By sitting at the feet of St. John the Evangelist at a young age. As one of the first disciples of the apostles, especially John, Polycarp was taught the truth from eyewitnesses to Jesus. Imagine that! He heard firsthand about the life, death and resurrection of Jesus, and became a devoted follower.

St. Polycarp is known for squelching heresies that cropped up in the new Church in the early years after Jesus’ death. Although it is believed he wrote many letters to early Church members during the course of his life, his letter to the Philippians is the only one that has survived. In his letter, he exhorts the Philippians to virtue, details the duties of deacons and presbyters and encourages members of this early community to persevere “in hope and patience.”

At a time of great persecution of Christians, he was martyred by being stabbed with a spear. He died from this wound only after a crowd attempted to burn him at the stake, but his body was not consumed by flames.

On the day of his martyrdom, St. Polycarp refused to denounce Jesus, saying: “Eighty-six years I have served Christ, and he never did me any wrong. How can I blaspheme my King who saved me?”