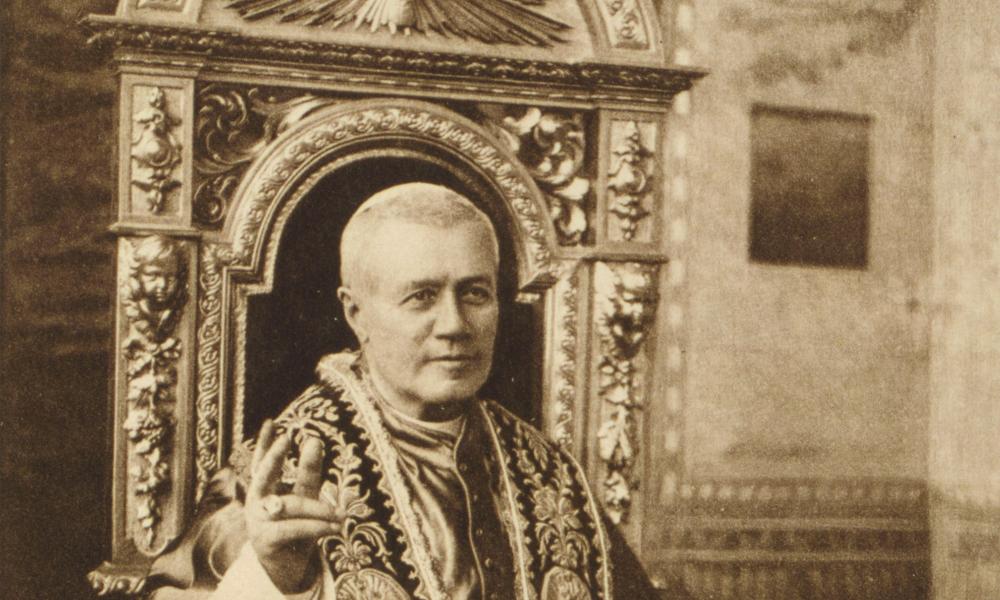 When St. Pius X was named pope in 1903, he used the words of St. Paul to state his most fervent desire: “to restore all things in Christ.” (Eph 1:10) How was this to be achieved? Through education – by teaching Christian doctrine to the young and the old, to the rich and the poor. He felt religious devotion was devoid of meaning unless people understood their faith.

St. Pius X was born Giuseppe Melchiorre Sarto in a small Italian town near Venice in 1835. He was the second of ten children in a poor family. He was able to obtain scholarships in order to attend seminary and become a priest. At his first parish, he organized a night school to educate adults, and he was known throughout his priesthood for traveling long distances, and spending long hours, in order to teach catechism to children, especially public school children who could not learn about the faith in school.

As pontiff, he insisted that the clergy be properly trained. Only then could they lead the Church back to Christ, as he felt that modern interpretation of doctrine, secularism and general laxity had taken hold. He promoted the daily reception of the Eucharist, which was not a common practice at the time. He once said: “Holy Communion is the shortest and safest way to Heaven. There are others: innocence, but that is for little children; penance, but we are afraid of it … the surest, easiest, shortest way is the Eucharist.”