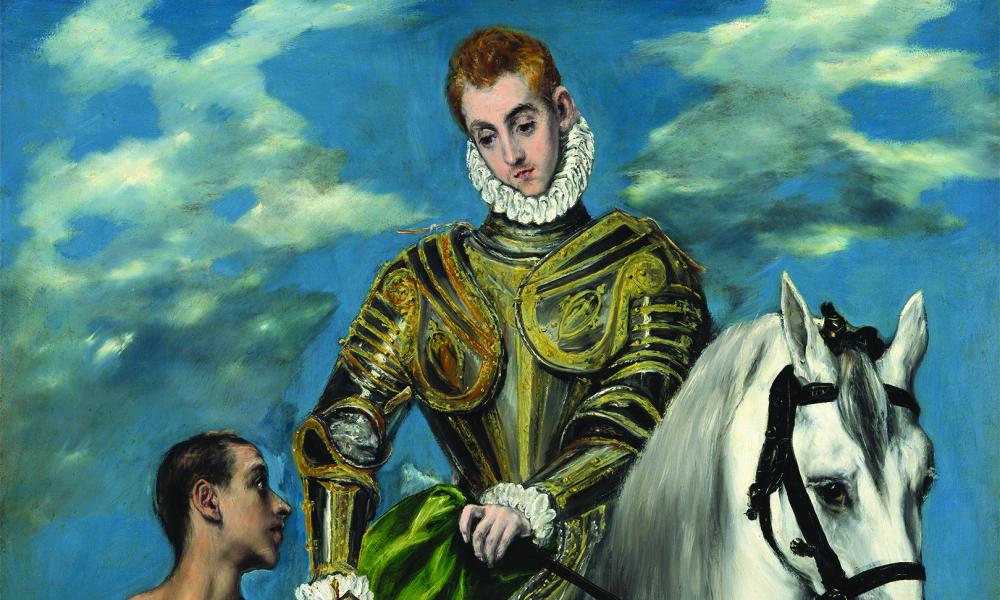 St. Martin of Tours was a leader of Western monasticism, and played an instrumental role in spreading Christianity to people in the rural areas of Western Europe. He was also one of the first saints not to be a martyr. Since he was adopted as a patron by several royal houses of France, he was widely venerated in the Middle Ages.

Born of pagan parents in what is now Hungary, Martin told his parents he wished to become Christian at age 10. Although he was forced to serve in the Roman army at the age of 18, Martin asked to be released from military service when he was 23. His request was denied, but he told his commander: “I have served you as a soldier; now let me serve Christ. Give the bounty to those who are going to fight. But I am a soldier of Christ and it is not lawful for me to fight.”

Eventually discharged from the army, Martin joined Hilary, the first bishop of Poitiers and now a Doctor of the Church, in preaching against Arianism, which denied that Jesus was divine.

Martin founded the first monastery of the Western Church in Gaul; he was ordained bishop of Tours in 371. Martin next founded a monastery at Marmoutier, attracting ascetics from all over Europe who then carried Christianity across the Western Roman Empire. Martin joined his disciples in the rural areas where few had heard the Gospel, visiting each of the outlying settlements yearly to evangelize and encourage the faithful.

Martin also defended the Church’s rights, protesting against the killing of heretics and interference by the state in Church matters. He died in 397, and many miracles were attributed to him.