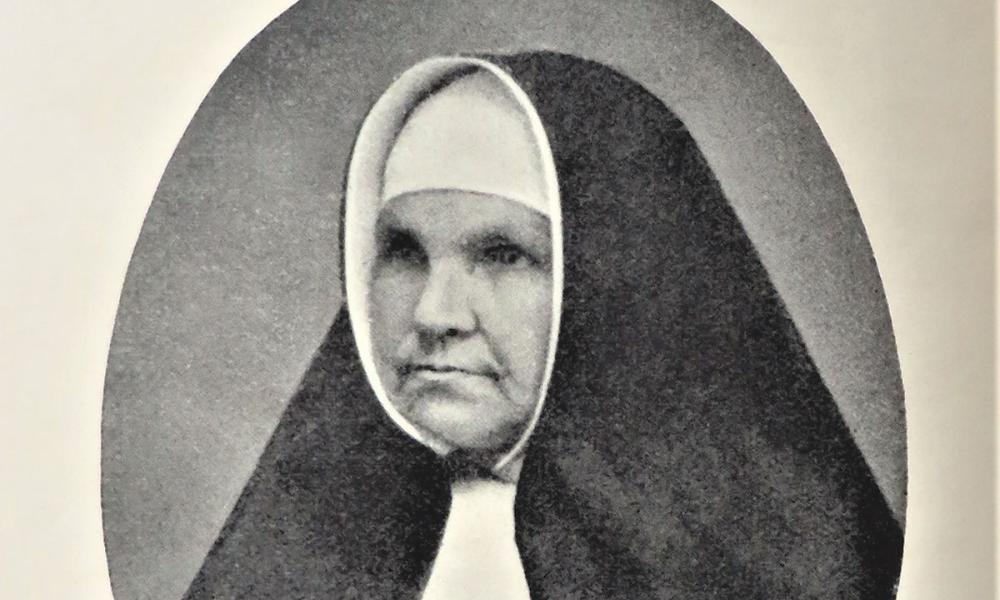 St. Maria Catherine Kasper felt deeply called to religious life as a young girl, but delayed pursuing the call to take responsibility for her family.

Born in Dernbach, Germany, in 1820, Catherine missed school frequently, completing only two full years of formal education. Her writings reveal that she was “just a little girl” when experiencing a desire to consecrate herself to the Lord. Catherine enjoyed frequent visits to a nearby Marian shrine and often led other children in song and told stories about God and Mary on their walks to the shrine.

Catherine’s father died when she was 21, and she and her mother were forced to earn their living. Due to her mother’s poor health, Catherine worked as a farmhand for 10 cents a day, even splitting stones when needed. Catherine was positive about the demanding work, saying, “When I went to work, I felt the presence of God in me.”

When Catherine’s mother died, she was free to answer her call to religious life. She wanted to stay close to home to serve her community, but there were no female orders in her area. Catherine then built her own house in Dernbach, with the help and support of local families. Her service to the poor and sick attracted four other young women, and the group formed the Poor Handmaids of Jesus Christ, professing their vows on Aug. 15, 1851.

Catherine finally became Sister Maria Catherine, and led her order until her death in 1898. The ministry of the Poor Handmaids spread throughout Germany, and eventually to North and South America, Africa and Asia. Today, the order serves “God’s people in need of shelter, education, health care or physical and spiritual nourishment.” Sister Maria Catherine was canonized Oct. 14, 2018, with six others, including Pope Paul VI, who beatified her in 1978. Throughout her life, St. Maria Catherine told her sisters to care for “the poor, the sick and the children,” and she herself was the model for that selflessness.