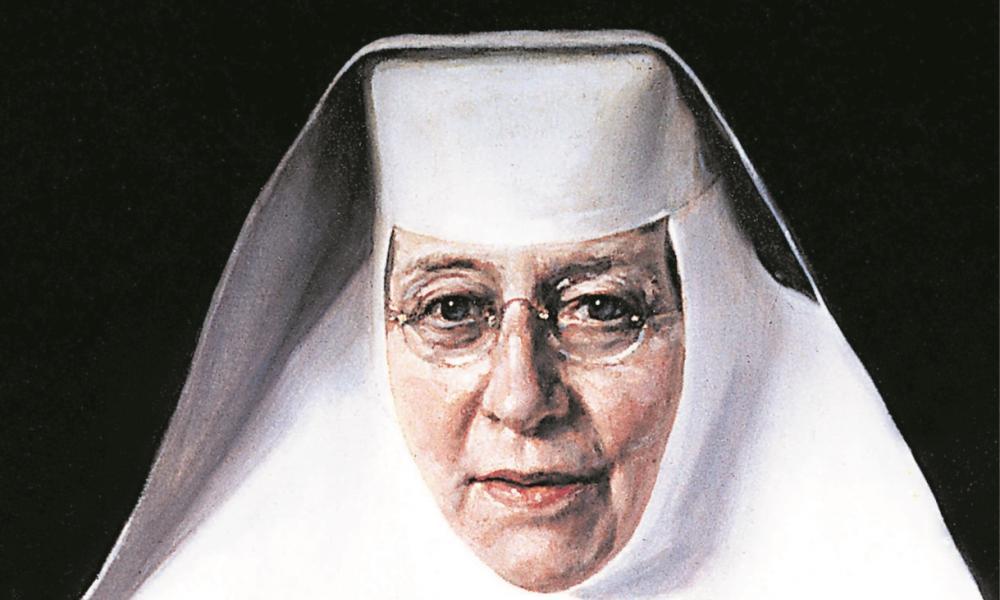 St. Katharine - From Riches to Rags

If you inherited millions of dollars, what would you do with it? Well, Katherine put her money where her faith was.

If the names Drexel and Xavier bring images of basketball to mind, you need to think more about saints and less about sports. March 3rd marks the feast day of the newest American saint, Mother Katharine Drexel, who was canonized in October 2000.

St. Katharine was born into one of Philadelphia’s wealthiest families in 1858. Her father and uncle were bankers and financiers; her uncle founded Drexel University. Katharine and her sisters, Elizabeth and Louise, were brought up in a devout Catholic home where they learned to use their wealth to serve the poor. The Drexels did not merely write checks; they opened their mansion three days a week to distribute food and clothing to the poor, and taught Sunday school to the children of employees and neighbors at their summer home in rural Pennsylvania.

By the time she was 21, Katharine felt called to religious life, but her spiritual director urged her to wait. But Katharine did not wait idly. When bishops at the Third Plenary Council held in Baltimore in 1884 asked the Drexel family to help support the American Indian missions, Katharine visited reservations to see what was needed. She then used her own money to build schools and churches, supply food and clothing, and pay teachers and priests to work with the American Indians. She also turned her attention to the educational needs of Blacks in the south and east. When Katharine’s father died in 1885, she inherited millions of dollars which she used to continue her charitable work.

Katharine traveled to Rome in 1887, and in a private audience with Pope Leo XIII, asked him to send nuns and missionaries to help staff her mission schools. The pope challenged her to give her life as well as her money to helping the people she loved. Two years later, Katharine took vows as a novice with the Sisters of Mercy, then went on to found her own order. On Feb. 12, 1891, Sr. Katharine and 13 companions became the first Sisters of the Blessed Sacrament for Indian and Colored People (now simply the Sisters of the Blessed Sacrament).

1. Mother Katharine Drexel used her inheritance to build a dozen schools for American Indians and more than 100 rural and inner city schools for Blacks.

2. In 1917, she established a school to prepare Black students to become teachers. In 1925, the school was chartered as Xavier University of New Orleans, the only historically Black and Catholic college in the United States. Today, the school sends more Blacks to medical school than any other college in the U.S.