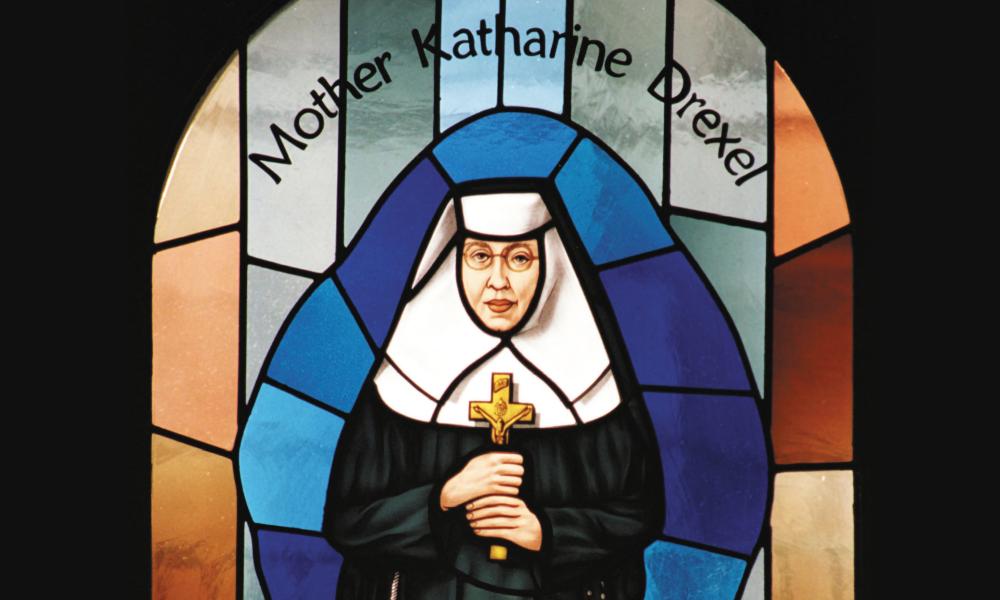 St. Katharine Drexel was born to a rich and charitable family in Philadelphia in 1858. She traveled often with her family, and she was moved by the need of Native Americans in the West. When she was granted an audience with Pope Leo XIII during a trip to Europe, he suggested that Katharine herself become a missionary.

Throughout her life, St. Katharine used her inheritance of $20 million to build a dozen schools for Native Americans and more than 100 rural and inner-city schools for blacks. She died in 1955 at the age of 96 after spending her life as a missionary, and was canonized by Pope John Paul II in 2000.