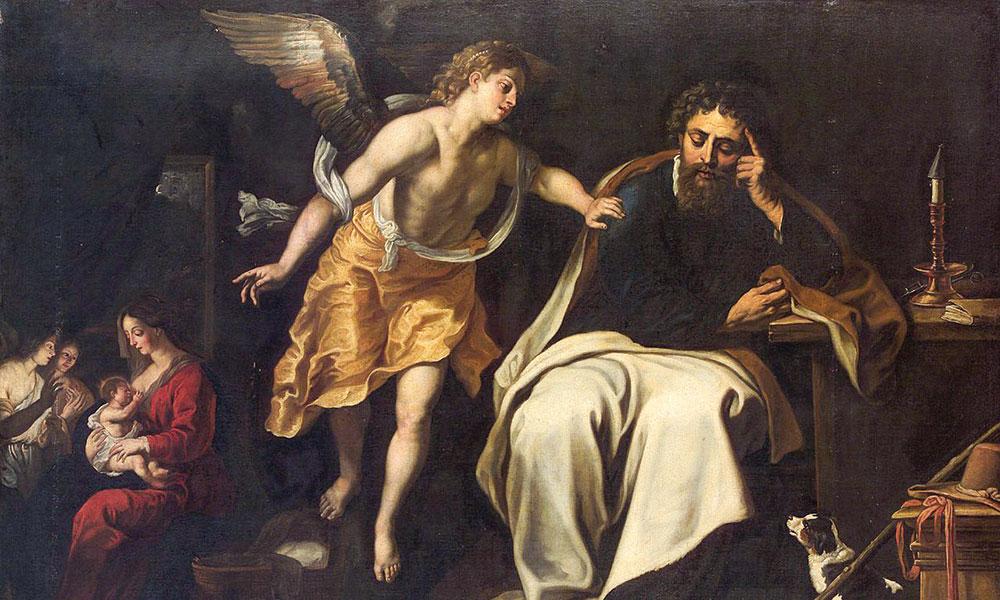 St. Joseph was a holy man – and a very good father

St. Joseph is the patron of all families, especially of fathers, and the patron and protector of our family in faith, the Church.

The Scriptures don’t say much about St. Joseph, but we can figure out what kind of man he was just from the little we read. He came from the royal line of King David, but was a man of modest means who could only afford the temple sacrifice of two doves when Jesus was circumcised. He was a man who loved and trusted God, listening to the messages of angels and trusting in their messages. He was a man of courage, following God’s plan for him though it was contrary to societal norms of the time. He was a man of action, doing whatever he needed to do to protect his family from danger. He made sure that Jesus was brought up in the practice of his faith, making the annual trek to Jerusalem for Passover. He was a good and loving father, worried sick about Jesus when he disappeared during one of the Passover trips.

We read nothing more about Joseph after his family is reunited during that frightening visit to Jerusalem. Because Jesus entrusts Mary to one of his disciples at his crucifixion, we can make the assumption that Joseph died before Jesus fulfilled his mission on earth. For generations, Catholics have painted a picture of Joseph breathing his last with Mary and Jesus by his side to comfort him.