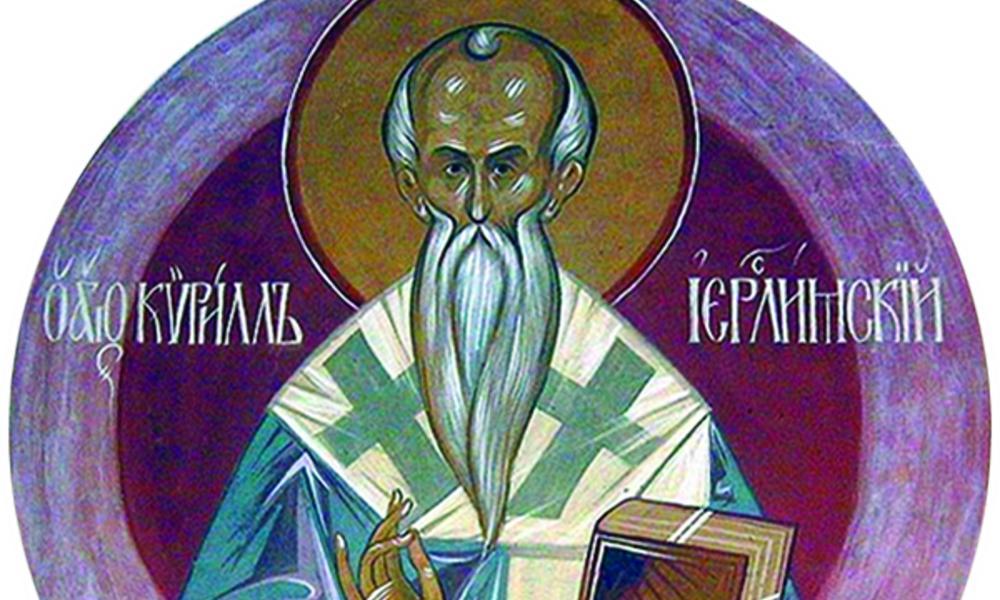 St. Cyril of Jerusalem (315–386) lived in a time of continuous conflict due to heresies and the enemies created by these heresies. Caught in the many power struggles between Arians (those who believed Jesus was not divine or one with the Father) and those remaining faithful to the Church’s teaching, Cyril was exiled multiple times from Jerusalem, where he was bishop. One period of exile from his native Jerusalem lasted 11 years.

While St. Cyril could have responded to his many exiles with anger and a spirit of vengeance, he chose to focus on the healing power of forgiveness and the Holy Spirit. He truly believed forgiveness holds the power to turn those in pain toward the light of God – and he lived this belief. Throughout his exiles, he never wrote anything negative or showed ill will toward those who wronged him.

In short, Cyril sought to be like Christ, who maintained his faith and forgave all those who betrayed him and engaged in his execution. When encountering persecution, Jesus, and St. Cyril, did not repay violence with violence – did not repay sin with sin. Instead, as Cyril writes, “I gave my back to those who beat me and my cheeks to blows; and my face I did not shield from the shame of spitting.” He decided, like Christ, to abide in love, thereby breaking the chain of hate.