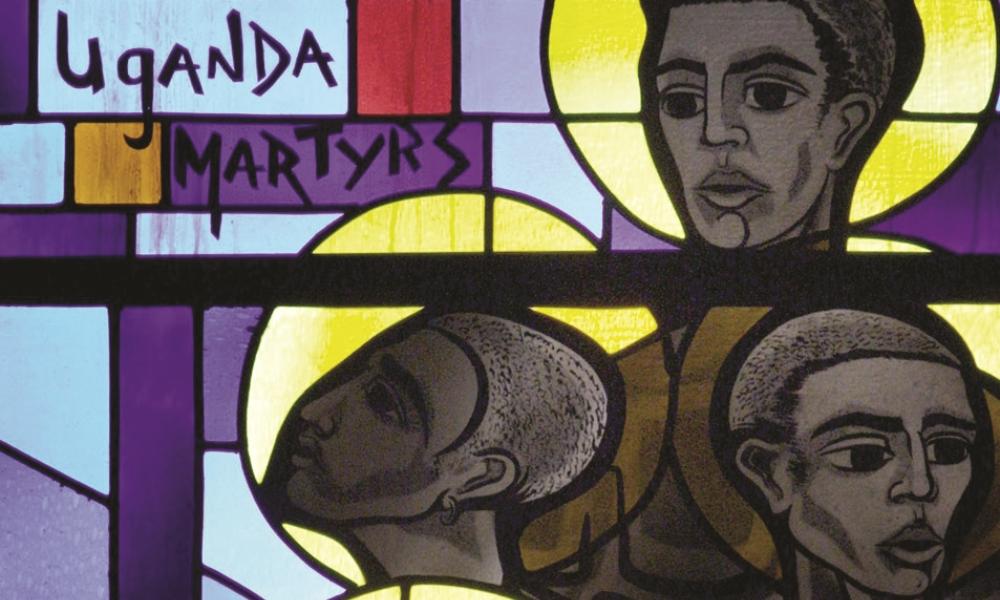 An evil king and the ones who stood up to him

Evil kings torturing and killing the young men of their court for refusing to renounce their faith seems like the stuff of ancient history. Yet, just 120 years ago, a group of young men in Africa earned the crown of martyrdom for proclaiming their belief in Jesus Christ.

In the late 1800s, the Society of Missionaries of Africa, called the White Fathers, came to Uganda and began teaching people about Christ. The converts began teaching others and soon there was a growing Christian community, many of them members of the court of King Mwanga. Mwanga distrusted these new Christians, convinced that they were a threat to his rule.

To teach them a lesson, King Mwanga killed a Protestant missionary and his companions. When Joseph Mkasa, chief steward of the court and a Catholic, spoke out against the murder, the king had him beheaded.

That didn’t stop the converts, though. Charles Lwanga, chief of the royal pages, took over the task of instructing the pages in the Christian faith. He also kept the young men, who ranged in age from 13-30, safe from the immoral advances of the king. The king soon noticed that the pages were avoiding him, and asked one of the pages what he had been doing. When the boy replied that he had been receiving religious instruction, the king summoned the catechist, Denis Sebuggwawo, and killed him on the spot. Learning of the king’s actions, Charles Lwanga baptized four of the pages that night.

The next day, the king had his entire court brought before him and ordered “those who pray” to stand to one side. Fifteen young men who stood up for their faith were condemned to death and ordered to march 37 miles to their place of execution. Those who witnessed the young men’s final march were amazed at their faith. One, upon seeing the priest who converted him, said, “Why are you so sad? This is nothing to the joys you have taught us to look forward to.” Another told the executioner, “God will rescue me. But you will not see how he does it, because he will take my soul and leave you only my body.”

Charles Lwanga showed how eager he was for martyrdom when he asked the executioner to untie him so he could arrange the sticks for his pyre. As he and his companions were dying, they called out Jesus’ name and told those who killed them, “You can burn our bodies, but you cannot harm our souls.”

Despite the king’s attempt to get rid of the Christians, they continued to meet in secret. After Mwanga’s death, the White Fathers returned to Uganda and discovered 500 Christians and more than 1,000 catechumens waiting for them. Today, Uganda is a Christian country with more than 2 million Catholics and three major seminaries. We remember St. Charles Lwanga and the martyrs of Uganda on June 3.