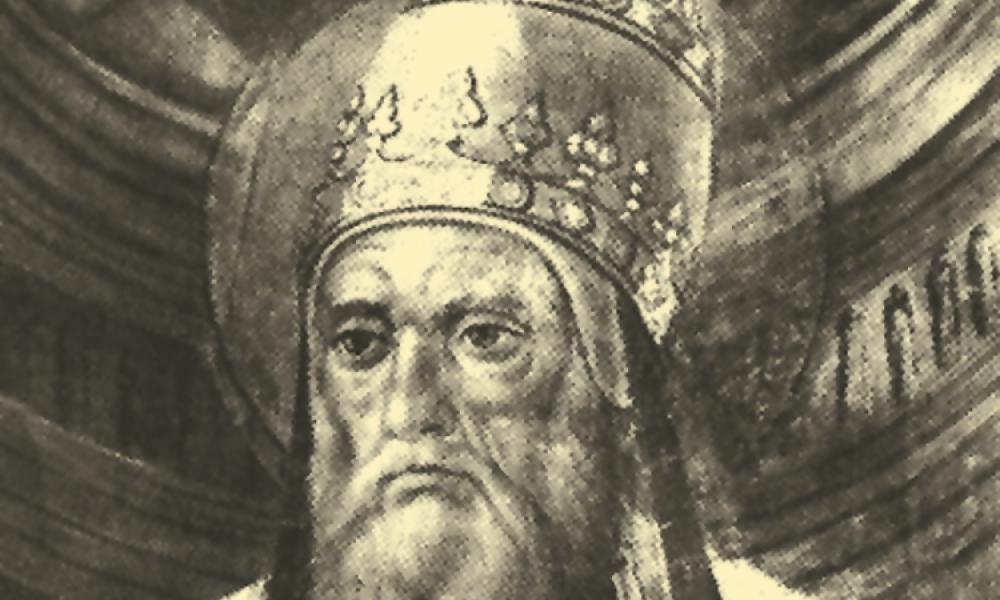 How a slave became pope

As a young slave in Rome, Callistus was owned by a wealthy Christian named Carpophorus. Callistus was a trusted servant, and Carpophorus relied on him to launch a new bank that catered to fellow Christians and widows. When a number of the debtors defaulted, Callistus was labeled a thief. Fearful of punishment, he escaped aboard a ship sailing from Portus. When authorities tracked him down, he jumped overboard, but was rescued and returned to his master.

Callistus was sentenced to the hand mill, a dreaded punishment reserved only for slaves. Some of the depositors in the bank begged for his release, believing he could retrieve their lost money, and Callistus was freed. He was rearrested for fighting in the synagogue, however, after trying to collect some of his master’s debts. For this crime, the sentence was hard labor in the mines of Sardinia.

From slave to saint:

Marcia, the Emperor Commodus’ mistress, interceded on behalf of Christians in the mines, and Callistus was once again free. He befriended the pope, who appointed him to supervise the public Christian burial ground on the Via Appia, which has subsequently become known as the Cemetery of San Callistus. When Pope Zephyrinus died, Callistus was elected to succeed him by a popular vote of the Roman laity and clergy.

Callistus was a compassionate and controversial pope. St. Hippolytus denounced him for excessive mercy, since Callistus would absolve any sinner who was truly penitent. He even readmitted murderers, adulterers and fornicators to communion if they repented. He also legitimized marriages between free Christian women and Christian slaves, which had not been allowed previously.

A millstone around his neck:

According to legend, Callistus was martyred by being thrown into a well with a millstone tied around his neck. Although there is no verifiable source for this, he is popularly depicted in art with the stone and his papal tiara.

Although his enemies called him a thief, St. Callistus exemplified the virtue of the Seventh Commandment. Entrusted with large sums of money, he did not yield to the temptation to steal. He did however, follow Jesus’ model of mercy as he forgave those who did.