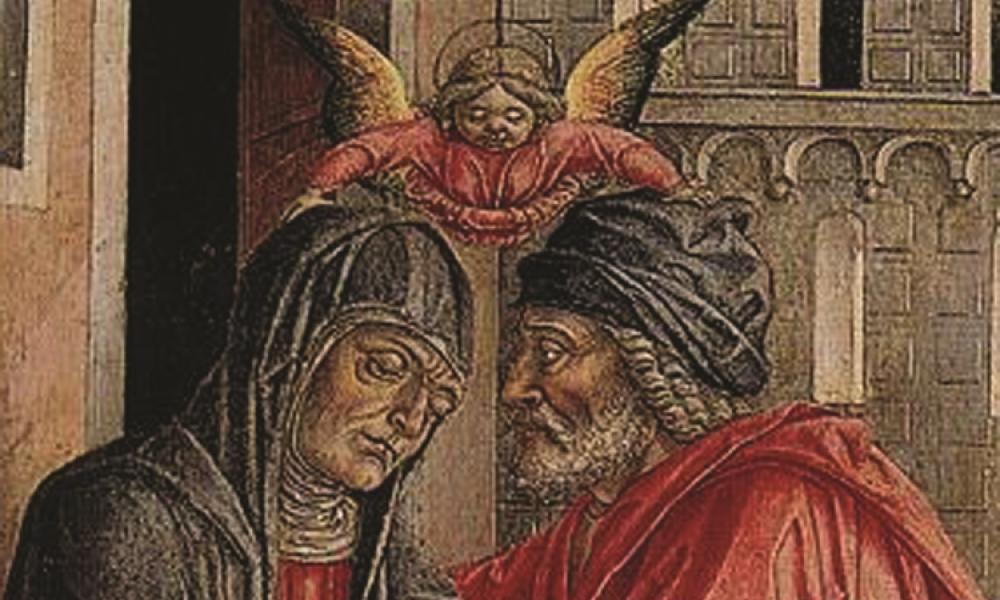 Claim to fame: Even though they appear nowhere in the Bible, Joachim and Anne are honored as the parents of Mary and the grandparents of Jesus. Their story is told in a second century apocryphal book called The Proto-Evangelium of James.

Little-known fact: July 26 as the feast of Ss. Joachim and Anne together dates only from the time of Vatican II.  Before that, the feast belonged to Anne alone, who was more popular than her spouse. Veneration of St. Anne dates from the fourth century, while interest in St. Joachim didn’t emerge until the 15th century. He didn’t even get his own feast day until 1913.

What made them saints: In a time when children were considered a sign of God’s favor, Joachim and Anne were mocked for being childless. Instead of becoming bitter, Joachim and Anne each prayed to God for a child; angels appeared to each separately and promised that they would conceive. The church honors Joachim and Anne for their role in God’s plan for salvation. Their daughter, Mary, grew in grace and holiness under the loving care of her parents, who dedicated her to God’s service from the time of her conception. Joachim and Anne are also honored for their trust in God and their gratitude for his blessing in giving them a child.

Best quote: While we have no actual quotes from either St. Joachim or St. Anne, The Proto-Evangelium of James attributes the following to St. Anne after she received news from the angel that God would bless her with a child: “As my God lives, if I should conceive either a boy or a girl, the child will be a gift to my God, serving him in holiness throughout the whole of its life.”

How they died: Tradition says that Joachim and Anne both lived to see the birth of their grandchild, Jesus, and died of old age.

Prayer: Jesus, your grandparents provide families with a model of a loving, faith-filled home dedicated to the service of God.  Strengthen all Christian families, and help all grandparents to be living examples of love and family unity. Amen.