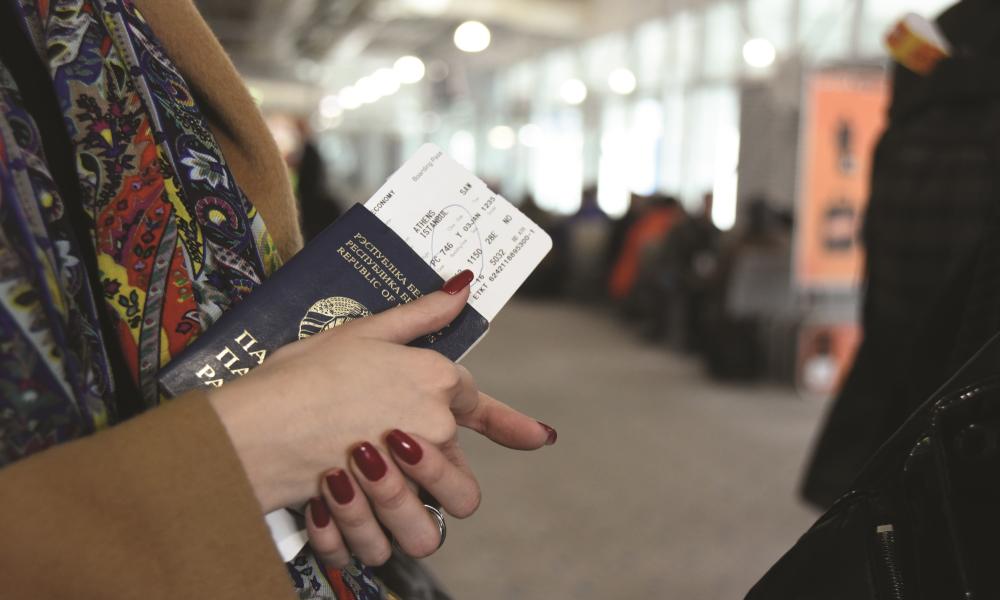 Conflict in the Middle East, in particular in Syria, has created a refugee crisis in Europe unparalleled since World War II. It is estimated that more than 6 million people have been displaced by the Syrian civil war. In 2016, more than 4,500 persons have died in shipwrecks in the Mediterranean Sea, trying to escape the war. In 2015, more than 3,770 people similarly perished. Countries across Europe have struggled to find compassionate and equitable solutions for the huge influx of desperate humanity while still protecting their borders and citizens.

On Jan. 27, President Donald Trump signed an executive order, Protecting the Nation From Foreign Terrorist Entry Into the United States, which bans nationals of seven Muslim-majority nations from entry into the U.S. Ports rejected those arriving with entry visas, and visa issuance was suspended. People in the banned groups were barred from flights with U.S. destinations, others were detained on arrival. Refugees awaiting asylum in the U.S. plans were cancelled. The order extended the ban to a 90-day period. Initially, even permanent residents of the U.S. (“green card” holders) were barred from re-entry. At the time of this writing, there is still conflicting information about the status of permanent residents who are returning to the U.S. after travel.

Bishop Joe S. Vásquez of the Diocese of Austin, chairman of the USCCB Committee on Migration, stated, “We strongly disagree with the Executive Order’s halting refugee admissions. We believe that now more than ever, welcoming newcomers and refugees is an act of love and hope…. We need to protect all our brothers and sisters of all faiths, including Muslims, who have lost family, home, and country…. We believe that by helping to resettle the most vulnerable, we are living out our Christian faith as Jesus has challenged us to do.” (ref. http://www.usccb.org/news/2017/17-026.cfm )

Calling it a “a dark moment in U.S. history,” Cardinal Blaise Cupich of the Archdiocese of Chicago said, “The executive order to turn away refugees and to close our nation to those, particularly Muslims, fleeing violence, oppression and persecution is contrary to both Catholic and American values. Have we not repeated the disastrous decisions of those in the past who turned away other people fleeing violence, leaving certain ethnicities and religions marginalized and excluded?” (ref. https://www.archchicago.org/statements )

A widely-reported quote from Pope Francis that “you cannot call yourself a Christian and chase away a refugee” was part of a speech the pope gave in October 2016, in which he spoke about the general attitude toward immigrants and refugees:

“The contradiction of those who want to defend Christianity in the West, and, on the other hand, are against refugees and other religions.”

“This is not something I’ve read in books, but I see in the newspapers and on television every day.”

“The sickness or, you can say the sin, that Jesus condemns most is hypocrisy, which is precisely what is happening when someone claims to be a Christian but does not live according to the teaching of Christ. You cannot be a Christian without living like a Christian,”

“It’s hypocrisy to call yourself a Christian and chase away a refugee or someone seeking help, someone who is hungry or thirsty, toss out someone who is in need of my help.”

Mexico and the Wall

The issue of immigration has also touched the southern border of the U.S. During the election campaign, President Trump promised to build a wall between the U.S. and Mexico. On Jan. 25, he signed an executive order to begin construction of the wall.

Bishops from both Mexico and the Unites States have spoken in opposition to the construction of a wall:

Bishop Joe Vasquez, Chair of the Committee of Migration and Bishop of the Diocese of Austin, stated:

“I am disheartened that the President has prioritized building a wall on our border with Mexico. This action will put immigrant lives needlessly in harm’s way. Construction of such a wall will only make migrants, especially vulnerable women and children, more susceptible to traffickers and smugglers. Additionally, the construction of such a wall destabilizes the many vibrant and beautifully interconnected communities that live peacefully along the border. Instead of building walls, at this time, my brother bishops and I will continue to follow the example of Pope Francis. We will ‘look to build bridges between people, bridges that allow us to break down the walls of exclusion and exploitation.’”

While the flow of undocumented immigrants from Mexico has slowed in recent years, the number of persons crossing the southwestern border of the U.S. from Central America is on the rise. Most are fleeing extreme poverty and rampant gang violence. The number of illegal immigrants resident in the U.S. has fallen below 11 million, its lowest number since 2003.

The U.S. Bishops offer these suggestions to support immigrants:

1. Participate in opportunities for English-language learning. Advocate for opportunities with local educational entities. Volunteer with ESL classes in the community or in your parish.

2. Learn about the “brain waste” immigrants experience. Often college educated, professional people are denied opportunities to practice their professions once they arrive in the U.S. Educate yourself about these barriers and consider advocating with legislators and state professional boards to encourage licensing and certifications for qualified immigrants.

5. Help the children. Health care, education, child care and a myriad of other issues are challenges for immigrant families with children. Investigate what is being done and what you can do to help, in your parish and in your community.

6. Advocate for compassionate, comprehensive immigration reform with your legislators at the state and national levels. Do you know what the Catholic Church teaches about immigration reform? Here’s a link to the information you need: http://www.usccb.org/issues-and-action/human-life-and-dignity/immigratio...

Enforcement, By the Numbers

In 2015, the latest year for which complete data is available, the Border Patrol

- reached 75 million people in El Salvador, Guatemala, Mexico and the U.S. with its Know the Facts campaign, which seeks to dispel misinformation about U.S. immigration policies and discourages illegal migration.

- 8,246 individuals arrested at ports of entry were wanted for serious crimes.