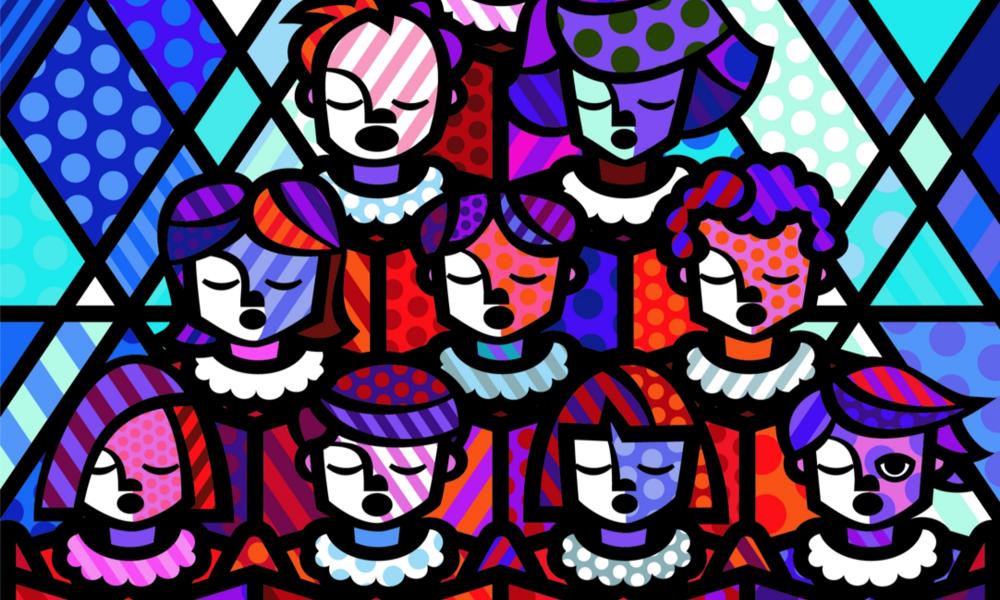 What is sung liturgy?

When they crossed through the Red Sea, the Old Testament people praised God in song. (Exodus 15) The psalmist tells of people who danced and sang with timbrels and harps. (Ps 149) Long before the role of the cantor emerged in synagogue practices, the people publicly chanted prayers and cantillated the Torah. Jesus and his disciples sang on their way to the Mount of Olives. Paul told the Colossians to “sing psalms, hymns and spiritual songs with gratitude in your hearts to God.” (3:16) Generations of Christians since have composed music to praise God – a simple melody or a polyphonic masterpiece, accompanied by large orchestras or a crude drum, voiced by a soloist or an assembly of thousands.

We value music. It engages the heart, expresses emotions and stirs the soul in ways that the spoken word cannot. But music is not merely an optional decoration of our liturgy. It is integral to it. We do not sing at liturgy, we sing the liturgy! Since music expresses and fosters faith, it allows us to more deeply enter into the mystery we celebrate.

The bishops at Vatican II recognized this when they noted that the “full, conscious and active participation of the people was the aim to be considered before all else. (SC 14ff)” The new Order of Mass had more than a dozen parts that could be sung, as well as numerous options for the priest celebrant. No longer were the people to be silent spectators.

What do we sing?

Not every part of the Mass is sung, but among those that are, we can recognize various categories. Knowing what they are helps us to appreciate some ancient traditions, to choose music wisely and to give priorities to what should be sung.

Dialogues are exchanges between the presider and assembly, e.g., The Lord be with you. And also with you. They are part of the presider’s communication with us and they both signify and bring about communal celebration. (STL 115)

Acclamations are “shouts of joy” from the assembly and, by their very nature, should be strong and musically appealing. Among these are the Gospel Acclamation – an Alleluia and verse before we listen to the words of Jesus. (In Lent, another verse replaces it.)  We respond to the General Intercessions with Lord, hear our prayer or some other sung response.  We “interrupt” the Eucharistic Prayer several times with our acclamations. We sing the Holy, holy, holy at the conclusion of the Preface. The memorial acclamation (e.g. Christ has died, Christ is risen, Christ will come again) expresses our faith in the paschal mystery. In the Great Amen, we offer our final assent to the full Eucharistic Prayer.

The psalms are “the voice of Christ and the voice of the church at prayer.” (STL 116, quoting Laudis canticum, Paul VI, 1970) Since they are songs of praise and petition, they are meant to be sung.

The original place for hymns in the liturgy was actually the Liturgy of the Hours. A four-hymn structure was first added to the Latin Mass to allow participation. Now, vernacular hymns may be used to accompany the entrance, the presentation of the gifts, Communion, and, if desired, a recessional. These processional songs create a sense of community. The entrance song helps us to enter into our celebration and prepares us to hear the word of God. (GIRM 46) The Communion hymn fosters a sense of unity as we partake of the sacrament of unity.

Supplemental songs have no specified texts. These include a prelude, a preparation hymn, or the song after Communion. (GIRM 164)

Other parts of the Mass also may be sung, including the Lord’s Prayer; the Profession of Faith or Creed may be sung, but a simple setting should be used. (GIRM 68) The Gospel also may be chanted.

How do we choose music?

Many parishes are blessed by trained pastoral musicians who, with the pastor, coordinate liturgical music. Liturgies always are prepared as a whole, not by selecting distinct elements. So music is chosen by looking at the readings and prayers of the Mass, as well as any ritual action it may demand.

Those who prepare the music take the following into account:

The liturgical judgment – Is this music capable of serving the structural and ritual aspects of the rite? Does it match the ritual action, e.g., are we singing of holy Communion at Communion time? Is this antiphon or verse called for in the liturgical books?

The pastoral judgment – Does this music draw the people closer to the mystery they celebrate? Does it help form their faith? Does it respect the age, culture, language, or education of a particular assembly?

The musical judgment – Does this piece of music have the aesthetic qualities to bear the weight of the mystery being celebrated? Is it worthy music? Neither popular songs nor songs with cheap or trite musical styles are suitable for liturgy. While the church may applaud Gregorian Chant, the church has never adopted any one particular musical style, but has admitted styles of music from every period. (SC 123)

To these three qualities, we might add the “theological judgment” so that one may carefully examine all lyrics in light of sound doctrine.

The simple answer to this is that we all do! Bishops, priests and deacons have texts that are assigned to them. Skilled cantors, choirs and instrumentalists lead our singing. But the assembly is the primary musical minister. All of us participate in sung liturgy – young or old, gifted with a great voice or not, we all must raise our hearts and voices to God in song. After all, all liturgy anticipates the heavenly liturgy and we are just warming up for the heavenly choir!

“In this world, God loves nothing more than the liberty of his church.”

St. Anselm is the doctor of scholasticism. He was a Benedictine monk who held the office of archbishop of Canterbury from 1093 to 1109. He is called the founder of scholasticism, the theological movement that brought a rigorous application of logic to the reflection on the deposit of faith. He is famous for his origination of the ontological argument for the existence of God and his work Why God Became Man, which outlined his “satisfaction” theory of the atonement.

St. Anselm was also the first in the church to oppose the slave trade in England.

The anniversary of his death is celebrated on April 21.

Ephesus, in modern-day Turkey, remains the best-preserved classical city and contains the largest collection of Roman ruins in the eastern Mediterranean. About 15 percent has been excavated, but the ruins that are visible give some idea of the city’s original splendor.

As a strategic coastal gateway to the East, Ephesus grew to be the second-largest city in the Roman Empire. However, Ephesus also was an important center for Christianity. St. Paul lived in Ephesus for a time and one of his letters to the Christian community at Ephesus is included in the Scriptures. Ignatius of Antioch also addressed a letter to the Ephesians in the early 2nd century and legend has it that both St. John and the Virgin Mary lived in Ephesus near the end of their lives.

The House of the Virgin Mary is believed to have been the last home of Mary, the mother of Jesus. In 1967, Pope Paul VI visited the site and confirmed the authenticity of the legend.

The Church of Mary, which lies close to the harbor of Ephesus, was the setting for the Council of Ephesus in 431.

The Basilica of St. John was built by Emperor Justinian in the 6th century and stands over what is believed to be the burial site of St. John.