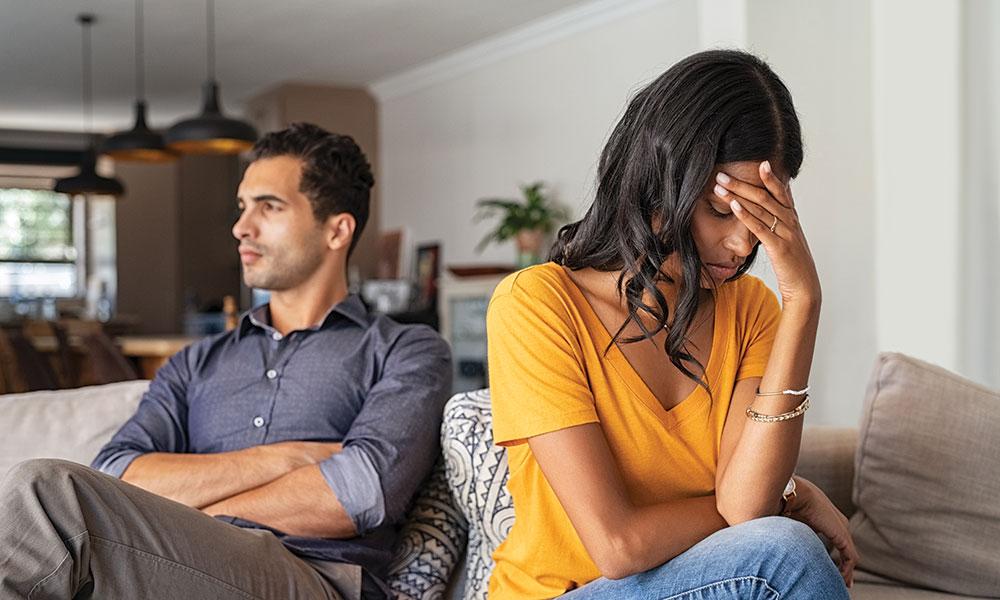 SHE SAYS: I’m concerned about his temper

Mike’s temper seems to be frayed to the edges lately. The other night, he got upset about something and ended up punching our kitchen wall hard enough to put a hole through it. I am afraid it might be me next time.

HE SAYS: I would never hurt her

I’ve just been feeling really stressed lately — and I admit I got a little out of control the other day. But I would never hit Jess; the wall isn’t going to be hurt. I wish she’d just let this go.

Imagine “Mikey,” a 13-year-old boy with a history of problems managing his temper. In the past, he had never actually resorted to physical violence, but one day, he finally does.

In one of his tantrums, he grabs a hammer and hurls it through the front window. Even if no one got hurt and even if he swears afterward that he would never hurt his parents, should they “just let this go”?

Of course not. This would be a huge red flag moment calling for an immediate and escalated corrective response. The fact that the Mike in our scenario is a grown man makes his violent outburst exponentially more serious.

Anger itself isn’t the problem. It’s a natural and healthy emotion intended to help us, for example, notice and correct injustices done either to ourselves or, on our better days, to others. God, in fact, wants us to experience righteous anger. But he also wants us to control it: “Be angry, yet do not sin.” (Eph 4:26)

This isn’t to lay a moral guilt trip on Mike. Most of us are capable of getting disproportionately angry. But whether sin is involved here really isn’t the point. What matters is that he has shown himself capable of so losing control over his anger that he would act out with destructive, physical violence. That is manifestly unhealthy and dangerous behavior that absolutely merits prompt and serious remedial action. The fact that his wife was traumatized by his behavior and now lives with some fear of being physically harmed by him should only add to his motivation to get help.

Start by seeking out peer- and education-based resources such as support groups and anger-management classes. Talk to your physician about stress-reduction and impulse-control exercises, as well as medications. And by all means, do not try to carry, silently and alone, all the burdens and stresses of your life. Talk openly and often about them with your wife, a trusted friend or a mental health professional.

Taking steps like these will not only lead to a more tranquil life for Mike and Jess, but it will also show her that he takes his behavior and her fears seriously.