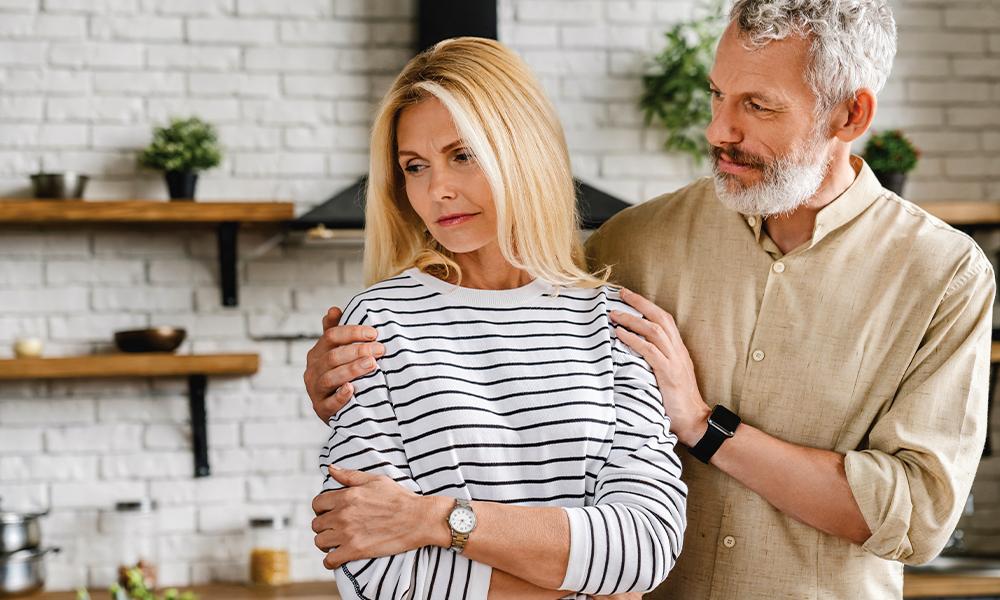 She Says: I’m Always the One to Give in

We are very different people, and I am always the one to compromise when we disagree about something. It’s exhausting, and I’m getting fed up.

He says: It’s her choice; she hates conflict

Since her main goal is avoiding conflict at all costs, she immediately gives in when we disagree and then ends up resenting me.

It's a good sign that you agree about what your problem is and that it bothers both of you. To change this pattern, start by trying to identify its roots. One spouse’s lack of an equal voice in decision-making usually comes either from his or her own inner inhibitors, from the spouse’s domineering behaviors or from both. Let’s look at each.

A tendency to give in too often and too quickly in disagreements can be rooted in such things as childhood experiences of being regularly intimidated or ridiculed for making requests and expressing opinions. It can also be what a spouse has learned through family and societal modeling of what is expected. These self-inhibiting inner forces or “voices” (a.k.a., subliminal scripts) can be deep-seated and take a great deal of time and patience to heal and re-educate. But you owe it to yourself and your marriage to make the effort. Why?

It’s not just about becoming a better problem-solving couple.

Giving up and giving in might be the easier way out of a disagreement, but it’s also a proven recipe for frustration and resentment. And it’s also unfair to your husband. He needs and deserves you to be a strong, confident and fully equal partner.

Are you, her husband, doing all you can to encourage and support her in finding her voice and her confidence? Ask her, with humility and sincerity, if, despite your best intentions, you might still be unwittingly discouraging her full involvement in decision-making. It could be the look on your face, the tone of your voice or your choice of words. Honestly ask yourself if there are any inner forces bubbling up from your own past family life and social formation that might need a deep do-over.

Having disagreements is inevitable; being disagreeable about them is optional. Couples who speak with equal voices and listen with mutual respect are well-equipped to solve their disagreements agreeably.

Steve and Bridget Patton hold master’s degrees in theology and counseling and serve as family life ministers in the Diocese of Sacramento.