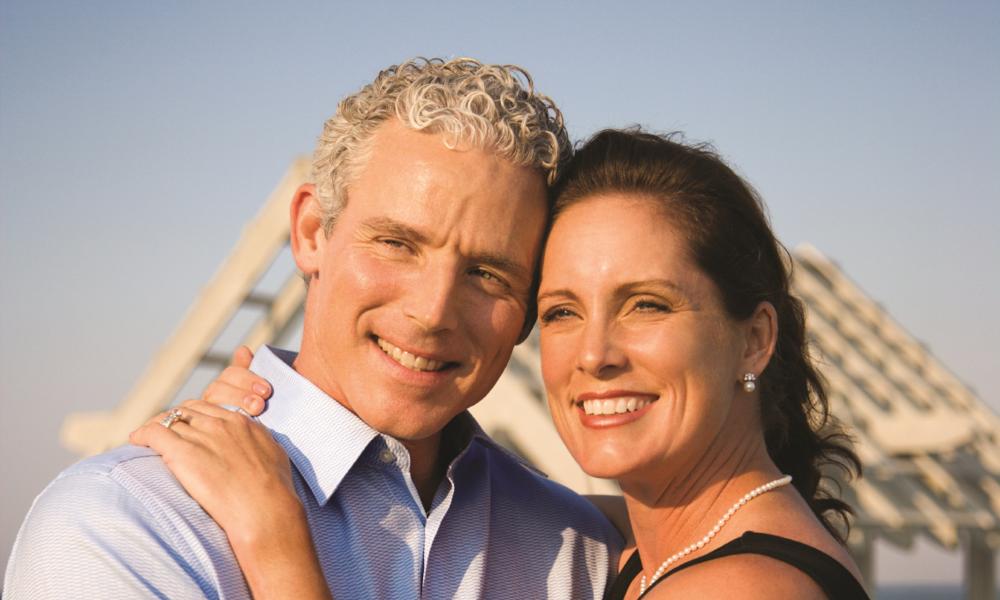 She says: “I don’t think our daughter’s destination wedding is valid.”

Kathy says: Our daughter just informed us she is planning to marry a young man out on the beach – with some Internet-ordained “minister” conducting the ceremony. We raised her as a Catholic, and I know this is not a valid marriage. I’m not sure we should even attend, but Terry disagrees.

He says: “She’s being judgmental and over-reacting.”

Terry says: I think Kathy is being judgmental and over the top. Of course we should attend our daughter’s wedding, no matter what the circumstances! I’m not sure I’ll forgive Kathy if she doesn’t go to the wedding with me.

A new addition to your family – gaining a son-in-law – is a time to rejoice! But weddings can be a source of stress, particularly when there are disagreements about the nature and meaning of the ceremony. Destination weddings (including those on the beach and outside of a church) have become increasingly popular – just watch any wedding TV show. But for Catholics, it is the norm for weddings to take place during Mass, because of the connection of all the sacraments with the paschal mystery of Christ. (CCC1621)

Kathy has a right to be concerned, as it appears their daughter has given very little credence to – and/or does not have a good understanding of – a sacramental marriage. If Terry also disagrees with the Catholic teaching on marriage, it will complicate reconciling any differences with Kathy. We are reminded of Proverbs 19:20, “Listen to counsel and receive instruction, that you may eventually become wise.”

Obviously, this is an opportunity for Terry and Kathy to explain Catholic marriage practices and why they are important, but not before they reconcile their own differences. We recommend Terry and Kathy start by offering up a prayer for guidance from the Holy Spirit and the wisdom to resolve their differences. Then they can share their deepest feelings with each other, for example: “How does it make us feel that our daughter, although raised in the Church, would choose to not accept the sacrament of marriage in our traditional Catholic way?” “How does it make us feel when our Catholic religious practices are not given due consideration?” “What is our understanding of a sacramental marriage?” These are only starter questions, of course, and should be discussed in a non-threatening and prayerful manner. It is more important at this stage of the situation that Terry and Kathy work toward a mutually acceptable solution to their differences than make a decision on attending the wedding. Through prayer and a focus on each other’s feelings, they will find a solution.

In conversation with other couples, it has been our experience that Catholic parents often do not talk openly about the sacrament of marriage to their children, believing they will just pick it up by osmosis! Again, once Terry and Kathy are in agreement, this is a perfect opportunity to share with their daughter and fiancé how their marriage became a sacrament and the part Christ played in it – how Christ helped carry the heavy load of their relationship when needed and how it all started by having Christ present at the beginning. Sharing their story and the importance that God has played in their relationship will not only refresh their commitment to each other, but may have a positive impact on the decisions their daughter and future son-in-law make. When we witness to our children, in word and action, God’s hand at work in our daily lives and in our marriage relationship, it will make an impact on them, if not immediately, then in the future.