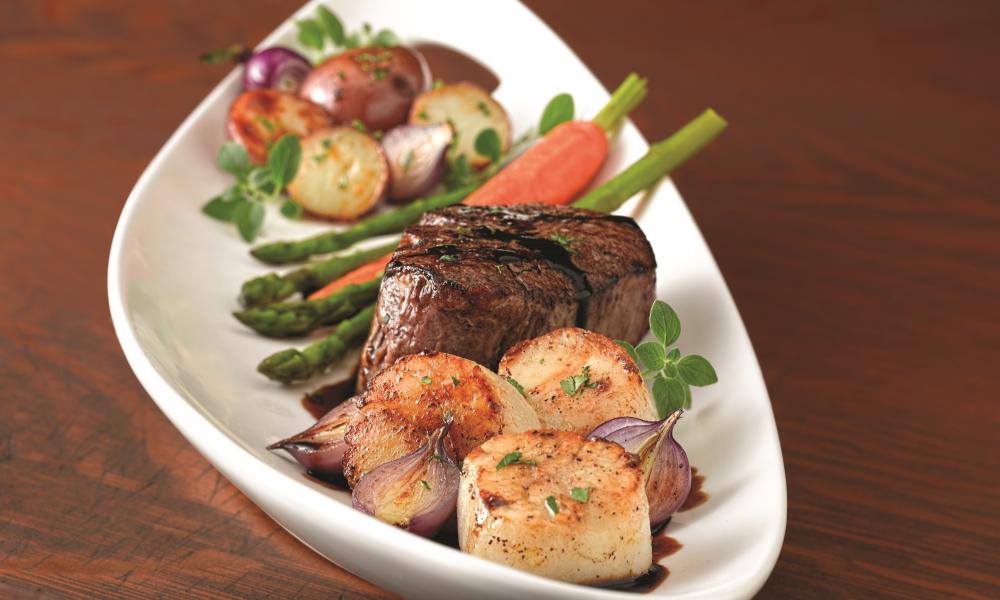 I never used to like seafood. Particularly shellfish. Extra-particularly, raw shellfish. Which never presented a problem on dates because no matter what briny, subaquatic, alien thing he wanted to ingest, I had the luxury of simply ordering something else.

But when one of my seafood-loving dates became my fiancé, and that particular fiancé became my husband, a problem arose. Now that we live together, we no longer could enjoy different selections at dinner like during those happy days of courtship, restaurants and separately ordered dishes. Alas, now we cooked for ourselves. One dish. To be shared.

So, either I unhappily choked down crustaceans, or he unhappily lived without. What was I to do? I knew this issue would fester over time and risk metastasizing into a source of frustration between us. But, there to give me guidance were some of the greatest words of wisdom my mother ever shared with me. She once said with indelible truth, “Love is a decision, not a feeling.” And how undeniable that is.

Most married couples will admit that the “feelings” of love can evaporate after a while, and the “act” of love must take its place. In my case, the “warm fuzzy” feelings were to be replaced by “slimy, scaly” action.

So, on our first wedding anniversary as husband and wife I broke the long seafood-less marathon of meals that I had been preparing for a full year and fashioned a gourmet “surf and turf” of beef tenderloin and, yes, sea scallops. He devoured them.

It’s amazing how love works. After an hour in the kitchen with a curled upper-lip, I was starting to bemoan the sacrifice I was making so that he could have a great meal. But in the end, the pleasure on his face, the humming as he ate and the gratitude in his eyes were more of a dessert than any restaurant could have prepared had we dined out that night. He was happy.

My mother’s definition of what Christian love really is never fades. I see it in how my husband decides to love me when the “feeling” isn’t there. And one thing is certain; when he decides to love me in unselfish ways, I always notice the warm fuzzy feelings quickly return. And for those shellfish? Let’s just say I’ve come to appreciate them more than I thought I ever would. How much so? Enough to consider this recipe worth sharing…

In a small saucepan, bring balsamic vinegar and minced garlic to a boil. Reduce heat to medium and occasionally stir until reduced to half (18-20 minutes). Add a tablespoon of butter, give it a stir and set aside. Meanwhile, prepare both the tenderloin filets and sea scallops by sprinkling with salt and pepper. In a large skillet over medium-high heat, melt a tablespoon of the butter. Add filets and cook for 3-4 minutes on each side (for medium) or to desired doneness. Place tenderloin filets on a plate and cover with foil to keep warm. In the same skillet, melt the remaining butter on high heat. Cook scallops for 2-3 minutes on each side until caramelized. Plate each filet and drizzle reduction sauce over top. Place four scallops over each of the steaks and garnish with chopped parsley. Serve with asparagus or green beans.