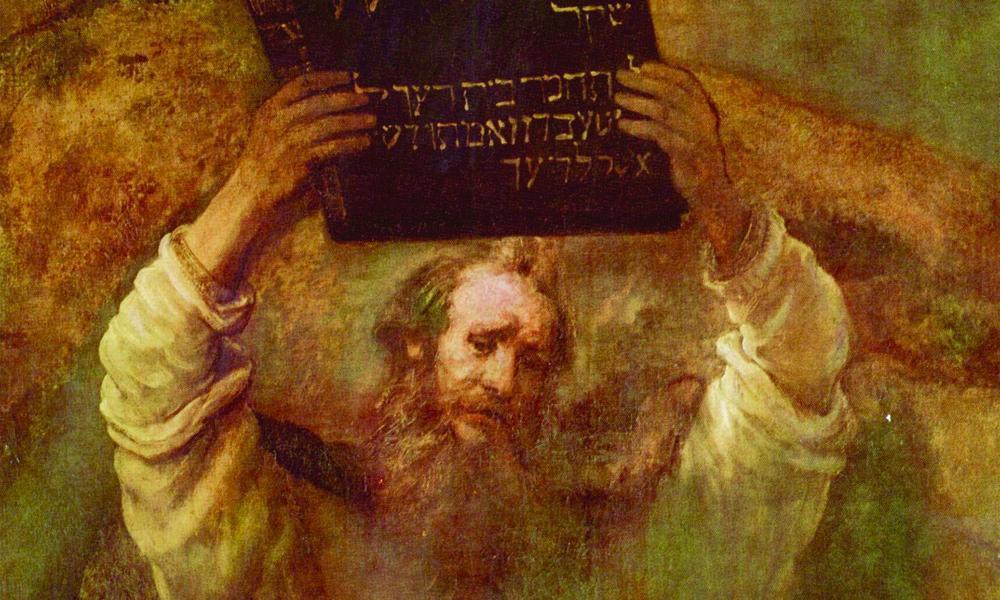 "I have set before you life and death, the blessing and the curse. Choose life, then, that you and your descendants may live, by loving the Lord, your God, obeying his voice, and holding fast to him.” (Dt 30:19-20)

The rhythm of the spiritual life is as follows: we first receive, and then we respond. Not surprisingly, the “10 words,” or the Decalogue, follow this same pattern. The gift of the Ten Commandments “is the gift of God himself and his holy will.” Specifically, the “10 words” are the words of God that “point out the conditions of a life freed from the slavery of sin.” They show us a path of life that sums up and proclaims God’s law and will “make explicit the response of love that man is called to give to his God.”

THE SECOND GIFT: You shall not take the name of the Lord your God in vain.

The “second word” refers to the gift of God’s name and reveals to us that this name is holy. This revelation is an act of intimacy and trust on God’s part as he “confides his name to those who believe in him” in all its mystery. In addition, the “second word” reveals to us that not only is God’s name sacred, but that each of our own names also is sacred.

First and foremost, the name is “the icon of the person” that demands respect “as a sign of the dignity of the one who bears it.” Consequently, the proper response to the gift of receiving God’s name is the response of respect for it. Because the Lord’s name is holy, we “must not abuse it. [We] must keep it in mind in silent, loving adoration. [We] will not introduce it into [our] own speech except to bless, praise and glorify it.”

The way of life

The Second Commandment teaches us that the way of life demands that we boldly confess our faith, preaching and catechizing in a manner that clearly reflects “adoration and respect for the name of our Lord Jesus Christ.” What’s more, we are taught that when we make promises in God’s name to others, we actually “engage the pine honor, fidelity, truthfulness and authority” of God. This means that such promises must be respected because our failure to keep them impugns God, making God out to be a liar of sorts.

The commandment makes the rejection of all false oaths a duty toward God. This is because God is the norm of all truth. Consequently, all human speech “is either in accord with or in opposition to God who is Truth itself.” For this reason, the way of life presented to us by Christ admonishes us with the following: “Again you have heard that it was said to your ancestors, ‘Do not take a false oath, but make good to the Lord all that you vow.’ But I say to you, do not swear at all; not by heaven, for it is God’s throne … Let your ‘Yes’ mean ‘Yes,’ and your ‘No’ mean ‘No.’ Anything more is from the evil one.” (Mt 5:33-34, 37)

This is not to say that we cannot make an oath “for grave and right reasons (for example, in court).” It does mean, however, that such oaths must be made in truth and justice and never for trivial matters or for bolstering an authority that is unjustly requiring the oath.

The way of death

In contrast, the way of death is further revealed by this commandment. The “second word” shows us that the way of death includes an improper response to the great gift of God’s revelation of his most holy name. Most seriously, this improper response is constituted by an act of blasphemy. Blasphemy concerns an act of “uttering against God – inwardly or outwardly – words of hatred, reproach or defiance; in speaking ill of God; in failing in respect toward him in one’s speech; in misusing God’s name.”

The offense of blasphemy also extends to uttering against the Church, the saints and sacred things. In addition, this grave sin includes using God’s name to “cover up criminal practices, to reduce peoples to servitude, to torture persons or put them to death,” as each of these types of acts can cause others to repudiate religion.

While blasphemy is clearly the most serious offense against the Second Commandment, there are other dangers. For example, oaths that misuse God’s name without intending blasphemy and the magical use of the Lord’s name can both lead us to perdition and so should be avoided.